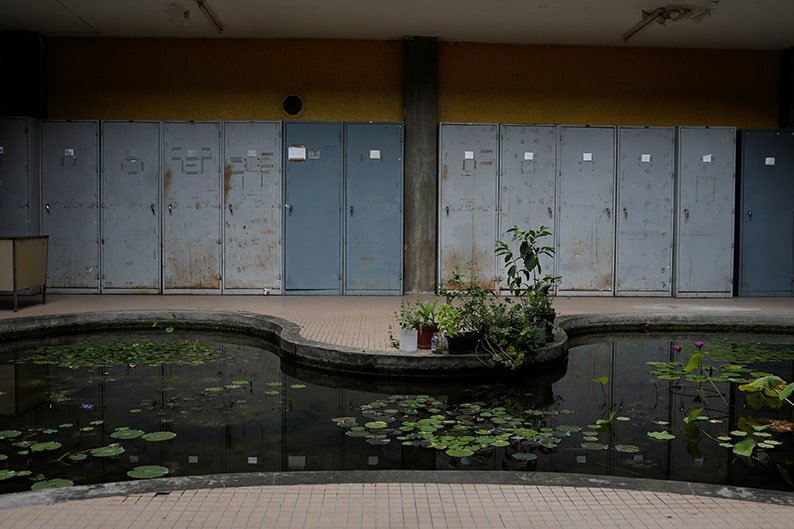 Water lilies are seen in Venezuela's national herbarium at the botanical garden in Caracas, Venezuela

Dead palm trees and a dried-up lagoon are what you see when you enter Caracas’s botanical garden. A UNESCO World Heritage site and once one of the city’s most important tourist spots, its directors are trying to rescue it from abandonment.

While Caracas neighborhoods go weeks without water due to government mismanagement, the gardens have been dry since March and its famed collection of thousands of plant species is wilting away, according to curators.

The gardens were once an idyllic spot in Caracas’s chaotic center where students from the nearby Central University of Venezuela would meet to study and office workers would relax. The United Nations cultural agency in 2000 called it a “masterpiece of modern city planning”.

As the once-wealthy country spirals into economic chaos under President Nicolas Maduro, workers are cutting down the dead debris of once lush groves of towering moriche palms. Over a third of its palm tree species have died in the last few years, staff said.

“Even the cactuses need water though people don’t believe it,” Jan Tillett, who has looked after the gardens’ nurseries for 15 years, said, standing by the dried-up lagoon.

Crumbling infrastructure and lack of investments have hit Venezuela‘s water supply for years but dwindling rains in recent months have exacerbated the situation. In Caracas, locals queue for hours to fill up bottles and hospital patients have to bring their own water.

The gardens have a miniscule annual budget of 200 million bolivars, just $66 at the black market exchange rate, staff said, adding they have petitioned the government for more resources. The gardens’ largest lake, built in the shape of Venezuela and covered in giant flowering water lilies, is half empty. One of the lake’s prized species has died out: the 2-meter wide Santa Cruz water lily, so buoyant it can support a child’s weight.

Although the gardens have received donations of water tanks and volunteer help, Tillett said it was harder every day to maintain the park.

Venezuela‘s Information Ministry did not respond to a request for comment.

Last year, looters stripped the gardens of their electric cables, computers and irrigation pipes, making it impossible to maintain the rare aquatic plants groundskeepers were growing in a specially-designed greenhouse, staff said.

They even stole the walls and roofs from guard houses.

The gardens also include Venezuela‘s national herbarium. This contains samples of 450,000 plant species across the country, which now cannot be adequately stored given the lack of electricity, said its curator, Naida Avendano.

“There’s no money,” Avendano said. “But we still haven’t stopped working, so that the garden doesn’t die.”