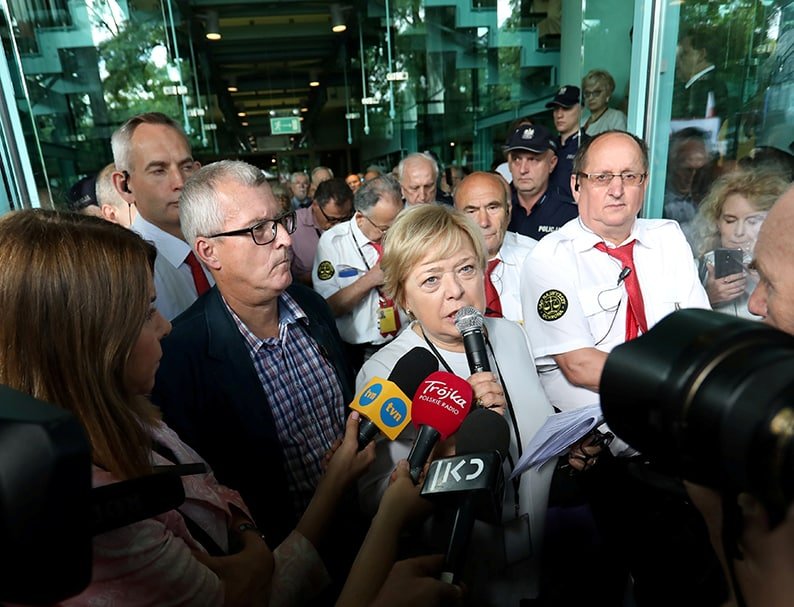 The Polish parliament on Friday adopted rules to swiftly name a new head for the Supreme Court as part of a judicial overhaul by the ruling party that critics say undercuts democracy.

Since the nationalist Law and Justice (PiS) won elections in late 2015, dozens of judges have been forced out of their jobs at the Constitutional Tribunal, the National Judiciary Council, which decides judicial appointments, and now the Supreme Court.

New appointments have been made using procedures that give the parliament – where PiS holds a majority – more say over the courts and the government more control over judges.

The European Union as well as human rights groups and the government’s domestic political opponents say the government infringes on the key democratic principle of judicial freedom in Poland, the largest former communist state now in the EU.

Poland risks losing billions of euros in EU aid for undercutting the rule of law. But Warsaw has only offered cosmetic concessions and says the overhaul is needed to improve efficiency and rid the courts of residual communist influence.

The latest PiS law took effect in July and forced 22 Supreme Court judges into early retirement, leaving only 55 others on the bench.

Supreme Court Judge Malgorzata Gersdorf says her term heading the court runs until 2020 as stipulated by the Polish constitution. She defied the government and has become the central, if unwilling, figure in resistance to the PiS drive.

On Friday, the lower chamber of parliament passed amendments enabling a swift appointment of a new Supreme Court head.

Kamila Gasiuk-Pihowicz of the opposition Nowoczesna party told PiS during a Thursday parliamentary debate: “When you say you are carrying out judicial reforms, it’s as if a bandit beating someone mercilessly on the face with a knuckle-duster said they were carrying out a plastic surgery.”

Prime Minister Mateusz Morawiecki said it was necessary to replace Gersdorf quickly and that Poland would not heed demands by the EU’s executive Commission to reverse its laws on courts.

The Commission is running an unprecedented rule of law probe against Poland and opened several separate legal cases against Warsaw, including over the Supreme Court.

While Brussels may lack the hard tools to force Warsaw to change tack, Poland is haemorrhaging its influence in the EU.

A dozen protesters gathered outside the Polish parliament on Friday, a sharp decrease from the height of anti-government demonstrations that used to attract tens of thousands.

“We are fewer and fewer …. but it is still important to state our opposition,” said Piotr Domanski.

Music wonder in Limassol and Paphos on Monday