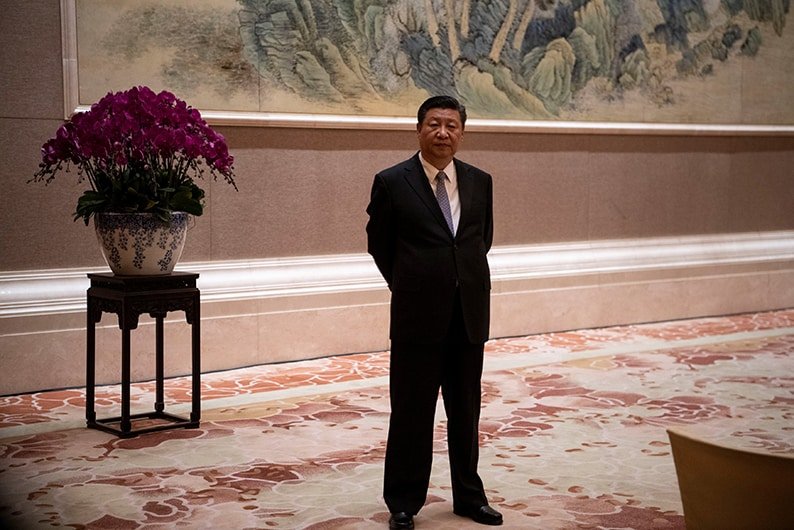 His visit comes as the US, the country’s rival in a bitter trade war, shows little interest in the world’s second most populous continent.

This is Mr Xi’s first trip abroad since he was appointed to a second term in March with term limits removed, allowing him to rule for as long as he wants.

China is already Africa’s largest trading partner, and it opened its first military base on the continent last year in the Horn of Africa nation of Djibouti, which this month launched a China-backed free trade zone it calls the largest in Africa.

After surpassing the US in arms sales to Africa in recent years, China this month hosted dozens of African military officials for the first China-Africa defence forum.

Mr Xi is stopping in Senegal and then Rwanda ahead of his participation in a summit of the BRICS emerging economies in South Africa that starts on Wednesday.

The summit comes amid the US’s billion-dollar trade war with China and tough trade negotiations with other key economic partners.

While such high-profile projects bring badly needed infrastructure and generate economic growth, US officials and others have warned that African nations are putting themselves into debt to China.

From oil in countries such as Nigeria and Angola to rare minerals in Congo, Africa’s natural resources are a major draw for China’s economy, the world’s second largest behind the US.

On his first visit to a West African country Mr Xi will meet with President Macky Sall of Senegal, which according to the International Monetary Fund had economic growth of 7.2 per cent last year and whose largest trading partner is the European Union, notably France.

Mr Xi then moves on to Rwanda, becoming the first Chinese president to visit the landlocked East African country, whose economy grew by 6.1 per cent last year.

He will meet President Paul Kagame and visit a memorial for Rwanda’s 1994 genocide, which killed more than 800,000 people.

The Chinese leader then will make his third state visit to South Africa for the BRICS summit. South Africa’s economy, one of Africa’s largest, grew just 1.3 per cent last year amid a drop in investor confidence because of a corruption scandal around former president Jacob Zuma, who resigned in February.

Finally, Mr Xi will stop in the Indian Ocean island nation of Mauritius, whose economy grew by 3.9 per cent last year.