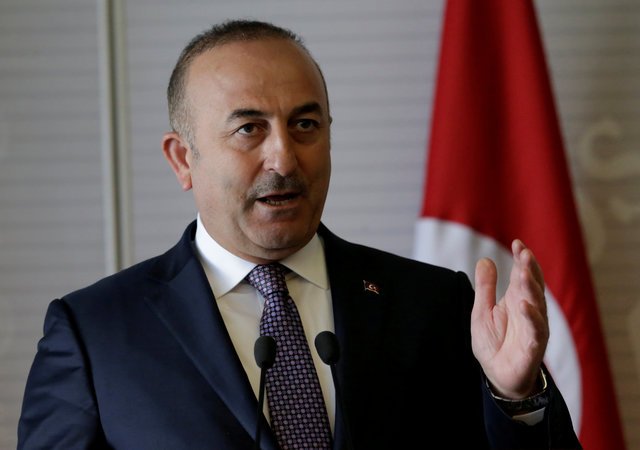 Lute, who arrived in Cyprus late on Saturday and is on the island to assess prospects for a resumption of talks is due to meet President Nicos Anastasiades in the morning and Turkish Cypriot leader Mustafa Akinci in the afternoon.

Prodromou said President Nicos Anastasiades was ready and was seeking an agreement that would end the Turkish occupation and would reunite Cyprus.
“An agreement could come about if Turkey changes its attitude and the intransigence it showed in Crans-Montana, and if he shows the necessary political will,” he said.

“We are ready for a compromise, but a compromise that can be acceptable to the people and, above all, that will be functional and permanently sustainable.”

Prodromou said 1974 showed why the “intervention rights” was a recipe for disaster.

In London, Turkish Cypriot ‘foreign minister’ Kudret Ozersay was quoted on Sunday as saying that the maintenance of Turkish guarantees was a red line for Turkish Cypriots.

“When it comes to 1974 it is not right to behave as if nothing had happened in Cyprus and Turkey just carried out its operation. Before that, a coup took place in Cyprus and another country, Greece, carried out a coup,” he said.

He also said both sides needed new ideas to move forward because “talking in circles without results” had wearied everyone involved.

“If the international community seeks a solution to the Cyprus issue, as it claims, it is now time to test its sincerity,” he said.

Ozersay said that when the talks broke down in Crans-Montana last July, the UN Secretary General actually opened a window of opportunity for both sides to reflect.

Lute’s visit is designed to see how the talks can move ahead or not.

When she has met the two leaders, she will return to New York to report to UN Secretary-General Antonio Guterres ahead of discussions on the renewal of Unficyp’s mandate.

The UN Security Council is expected to meet to discuss the mandate on July 26, with possible discussions continuing on July 27, CNA reported on Sunday.

Unficyp’s mandate expires on July 31. Akinci recently called for the force’s mandate to be reviewed.
During the past week, there has been a flurry of diplomatic activity within the UN, especially among the five permanent members, the US, UK, France, Russia and China but according to CNA, there are still five open points to be agreed before the resolution is presented to the Council for a vote.

The CNA report said that the US especially is keen to cut back on the costs of peacekeeping missions, saying they should be linked to progress in the political arena, and in its absences, should be re-evaulated. Unficyp has been in Cyprus since 1964.

Members of the Council have expressed support for the renewal of Unficyp’s mandate for another six months and Guterres, in his report on his Good Offices Mission in Cyprus has recommended a renewal until January 2019.

As part of their strategy for all UN peacekeeping operations, the US has set out five principles when considering mandate renewal for peacekeeping missions around the world. These are ensuring the presence of a force supports a political solution, there is cooperation from the host country, its terms of reference are realistic and feasible, there is an exit strategy and that the UN Security Council must act both when situations improve and when they do not.
Several of these principles have begun to be adopted since 2017 in the verbal resolutions on the renewal of peacekeeping mandates, including MONUSCO (Congo), MINUSCA (Central Africa, mission to Mali, and more recently, the renewal of the mandate of the Force in Darfur.

Toblerone to revert to traditional shape