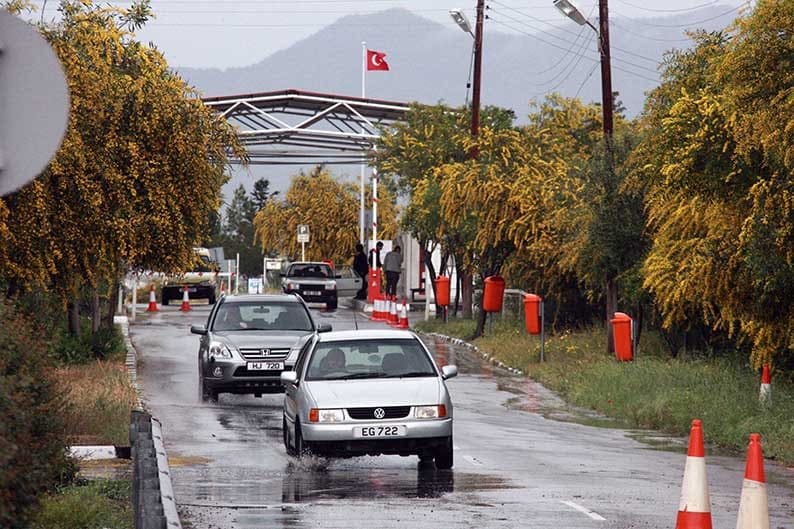 A contentious term for Greek Cypriots is 'border' to describe the demarcation line between the two sides. The glossary suggests 'green line'

The summer months are what journalists call “the silly season”. It’s a quiet time when nothing much happens. But in Cyprus, with the silly season in full swing, it’s journalism itself which is making headlines.

A faux-controversy has been generated over an effort by journalists to promote a discussion within newsrooms on both sides of the island about the words and phrases they use in their reporting.

The booklet Words that Matter: A Glossary for Journalism in Cyprus aims to encourage careful and sensitive reporting. It highlights some words and phrases that are regarded by some people as negative or biased and is part of a wider dialogue project involving unions, press regulation bodies and young journalists.

Put simply it is a modest attempt to assist journalists and media to do their job more effectively and to open up a newsroom discussion about the perception of bias in the way journalism works.

The glossary highlights only 56 words and phrases. But even before it was published on July 10 it drew criticism from many Greek Cypriot journalists and some political leaders who claimed it was a bid to limit free speech and to impose a vocabulary that is deceptive in the handling of historical facts.

According to an Associated Press report in the New York Times a protest letter denouncing “dangerous” ideas that aim to turn journalists into “mindless instruments”, and to promote “censorship”, was signed by 70 journalists and circulated three weeks before the glossary’s publication.

Since then the controversy has rolled along, gathering pace as everyone from the President of the Republic to the wolf pack of social media has joined the row, blithely ignoring the context, content and wholly voluntary nature of the glossary process.

A febrile atmosphere has been created with truth sacrificed on all sides. There has been intolerable abuse of the four Cyprus-based authors. They have been labelled “traitors”, or accused of acting as “agents” of Turkey, and one has been shockingly told she was nothing more than “a Turkish whore”.

This is an extraordinary response to an initiative that merely invites a discussion about how words are understood and used. For instance, one word highlighted by the New York Times report, is “border”, which is used by Turkish Cypriot media to describe the demarcation line that separates the internationally recognised Greek Cypriot south from the breakaway Turkish Cypriot north.

Greek Cypriots do not like this word because it could legitimise the idea of two recognised states on the island. The glossary offers an alternative, “Green Line”, a reference to the colour of a line that the British drew on a map to mark a buffer zone during armed clashes in the early 1960s.

Other difficult words, such as “invasion” to describe the Turkish military actions in 1974, which cause offence to some Turkish Cypriots are also highlighted, but no alternatives are suggested. The glossary draws attention to troublesome language, but it avoids laying down the law by telling journalists and editors what to write.

Some journalists oppose the glossary for no other reason than they don’t like the idea of people outside the newsroom, particularly those with political connections, trying to influence how they work. It’s a good point, given that the glossary and dialogue project are organised by the intergovernmental group the OSCE and paid for by aid funds from Germany and the Netherlands, but in this case the concern is unfounded.

The glossary has been drafted, written, edited and launched by journalists alone. There are no political fingerprints on the document. It has been welcomed without reservation by the European Federation of Journalists, the International Press Institute and the 60-strong international network of journalism support groups the Ethical Journalism Network, as well as by the United Nations Special Rapporteur on Freedom of Expression.

It joins the mountain of ethical guidelines, handbooks, training materials and newsroom reporting tips that can be found in any serious editorial department covering everything from challenging hate-speech and racism to how report with care and sensitivity on the rights of children and vulnerable groups in society. None of this is censorship.

Journalists are not a humble bunch, but any journalist worthy of the name will be open to talk freely how they do their job and how they can build trust with their audience.

Cypriot journalists should take the opportunity to read the glossary, make suggestions on how it could be improved, and bring forward their own proposals for helping media break free of the tribal, politically-driven news agenda.

Journalism at its best is a progressive force. It helps people find their way out of intractable conflict. It contributed, for instance, to the creation of the public mood that took the Americans out of the Vietnam War and that brought peace to 30 years of conflict in Northern Ireland.

But this won’t happen automatically. It requires journalists to stick to the core values of their profession – accuracy, independence, impartiality, humanity and transparency – and it requires politicians to keep their distance.

Once the silly season has passed, the Cyprus conflict with all of its complex realities will still be in place, but so will the opportunity for constructive, positive and ethical journalism. Asking Cypriot journalists to think again about the words they use is no threat to their freedom, but it could help news media shape public discussion in ways that ease tension and create space for meaningful dialogues.

Aidan White is the founder and president of the Ethical Journalism Network. He is a former journalist with The Guardian and for 23 years was general secretary of the International Federation of Journalists. He was the expert advisor in the preparation of Words that Matter: A Glossary for Journalism in Cyprus.

No EU country has given such damaging casino concessions

Was haircut illegal or proportionate?