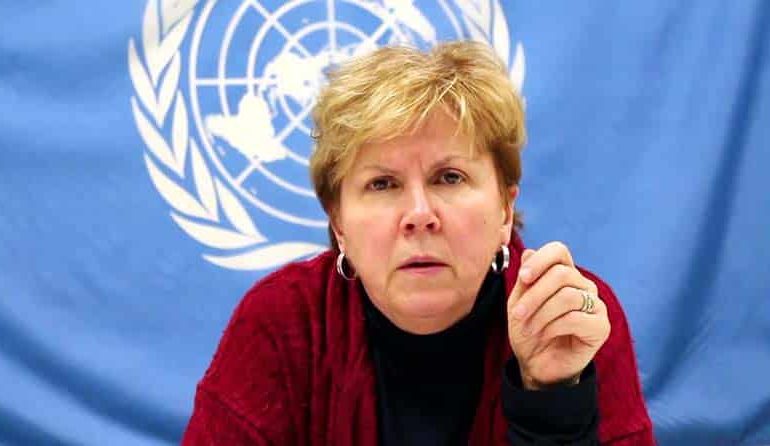 HAVING given the two leaders a whole year to reflect on whether they wanted the UN to facilitate a Cyprus settlement, UN Secretary-General Antiono Guterres will now seek to find out the outcome of this reflection. His representative Jane Holl Lute on Monday will have one-to-one meetings with President Anastasiades and Turkish Cypriot leader Mustafa Akinci to establish whether the political will exists for a new procedure that is unlikely to involve a new bout of open-ended negotiations leading nowhere.

After Monday’s meetings, Lute will return to New York to brief Guterres so he can decide whether there is any point to a new initiative. The UNSG is putting all the pressure for resuming the procedure on Anastasiades and Akinci, making it very clear that if they lack the necessary political will and commitment it will be a waste of time for Lute to have any contacts with the governments of Greece, Turkey and Britain.

This, in a way, is a response to the long-held Greek Cypriot position that the key to a settlement lies in Ankara and to Anastasiades’ contention that last year’s conference collapsed exclusively because of Turkey’s intransigence. Guterres did not subscribe to the president’s version of events when he closed the conference nor in his subsequent report to the Security Council, in which he praised the helpful role played at the Crans-Montana conference by the guarantor powers. For Guterres, as his actions and words indicate, the key to a settlement is in Cyprus.

In the year since the collapse of the procedure, Anastasiades won a new term in office, a less hardline coalition ‘government’ was formed in the north, Turkey prevented a drillship reaching its drilling target in the Cypriot EEZ, while the hostile rhetoric has been stepped up on both sides. Anastasides and Akinci met once and failed to agree on a resumption of the procedure, while an invitation to accept the Guterres framework as a ‘strategic agreement’ by the latter was rejected by the former who claimed there were two frameworks and he preferred the second.

Although Anastasiades constantly declares his readiness to return to the negotiating table as soon as possible, in the last year he has not taken a single practical step to back his rhetoric. He could not even bring himself to agree to the suggestion over the Guterres framework proposal, which would have had little meaning other than as a goodwill gesture, a way of breaking the ice. Nobody knows what he will tell Lute on Monday, but it appears that he no longer will insist on a resumption of open-ended negotiations as he had done when he met Akinci, because he realises nobody would take him seriously.

The official rhetoric is that the procedure should start where it left off. Asked to explain what this meant, a few weeks ago, foreign minister Nicos Christodoulides spoke about a return to an international conference, adding the condition that it should be well-prepared. There have been reports the Turkish side opposes such a move, although Akinci has never ruled it out.

Anastasiades has kept talking about the need to scrap guarantees and the unilateral right of intervention, which are legitimate objectives, but if he sets acceptance of these by Turkey as pre-conditions for going to a conference, it would suggest that he was looking for a way to wriggle his way out of a new procedure. These objectives should be pursued in the context of an overall settlement, but not before a conference begins. We do not know what Akinci’s line will be either. Would he set the joint exploitation of hydrocarbons as a condition for returning to a conference that would never be accepted by Anastasiades?

What is known is that some indirect pressure was being applied on the Cyprus government by speculation about a possible withdrawal of Unficyp. Members of the UN Security Council has expressed its support for the renewal of its mandate, which ends on July 31 but there are fears that it might not be renewed in the future because the US has been calling for a reduction in the UN’s peace missions. The argument is that the presence of peacekeeping forces should be linked to progress in the political procedure and there should be a re-evaluation of the mission if there was no progress.

The Cyprus government is clearly concerned about the possibility of a withdrawal or drastic downsizing of Unficyp and has sought the support of Security Council members to avert it, but the problem is that a single permanent member could veto the renewal of the mandate. The Turkish Cypriots, meanwhile, have raised objections about the continued presence of Unficyp and its funding by the Cyprus government, claiming this undermined the force’s role. The fear of a withdrawal of the UN in the event of continued stalemate, could cause Anastasiades to adopt a more flexible stand when he meets Lute.

But the signals from both sides were not very encouraging. Both Akinci and Anastasiades engaged in a pre-emptive blame game last week, as if they were certain Lute’s visit would end in failure.

Was haircut illegal or proportionate?

Why are suicides rates so low?