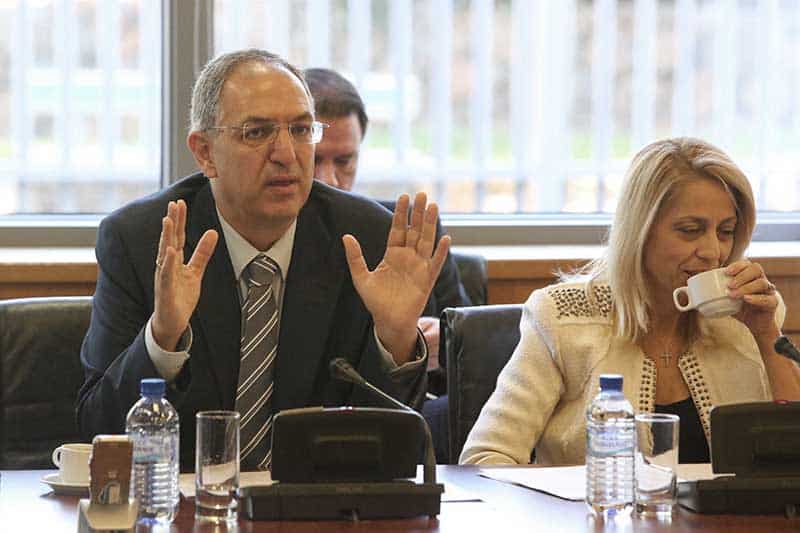 Agriculture Minister Costas Kadis said on Monday that new measures to tackle long-term drought should be introduced in September including more desalination plants and possibly a solar desalination unit.

During a visit at the Famagusta district to discuss with the farmers the problems they are facing with water shortages, Kadis said that the installation of a solar desalination unit by an Austrian company was possible.

He said that feedback from farmers was very important.

“We want to be directly involved in the challenges they face and, through dialogue, to find the most appropriate solutions to the problems they face,” Kadis said.

The main focus was water, he said, and how to best handle to the continued drought.

He said that an Austrian company has expressed interest in installing new technology for the production of desalinated water with the use of solar energy.

Another option, he said, is offering the possibility for groups of farmers install their own units.

“All these are under the microscope of the government,” he said, adding that they want to shape these decisions in cooperation with farmers. There will be announcements on the matter, possibly within September, he said.

Another issue of concern is lack of agricultural workers and he said he would discuss this matter with other ministries concerned.
According to the general secretary of farmers group Panagrotikos, Tasos Yiapanis, the tour of Kadis in the area aimed at seeing “with his own eyes” the problems farmers faced.

“The issue of water is the second national issue after the invasion,” Yiapanis said, expressing hope that the tour would help in the ministry taking measures that would offer substantive help to farmers.