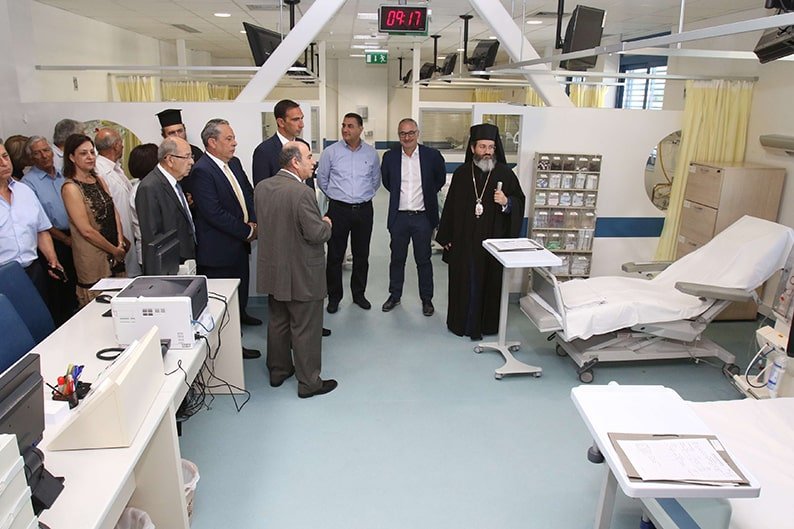 A new hemodialysis unit was inaugurated at Nicosia general hospital on Monday, worth €2.2m and set to help up to 240 patients a day.

Reading out a speech by President Nicos Anastasiades, Health Minister Constantinos Ioannou said the some of the biggest reforms in the health sector were taking place including bills for the autonomy of state hospitals and introducing the national health scheme (Gesy).

Patients undergoing treatment will need less waiting time and the unit will be able to offer three sessions a day assisting up to 240 patients per day.

Ioannou said the cost of the project came up to €2.2m and plans are already in the works to implement a similar project in Paphos worth an initial estimate of €3m.

He expressed his certainty the unit would be an example to follow as it is staffed by excellent doctors and nurses.

“We are also proceeding with improving the equipment in the Famagusta hemodialysis unit,” he added.

According to Ioannou, plans are also in the works to set up an independent transplant centre for which the health ministry and public works department are looking into.

Juncker will not bring offer to Trump trade talks