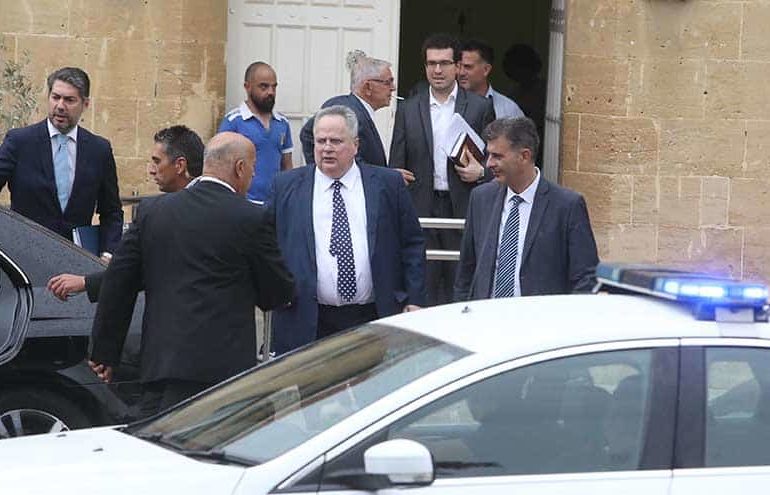 After a long and contentious legal battle between Kykkos monastery and the Greek government, the two sides have reached an agreement that will allow an embassy and ambassador’s residence to be built on church land as was initially the plan 20 years ago.

On Monday, Greece’s foreign ministry issued a statement expressing their gratitude towards Bishop of Kykkos and Tyllirias Nikiforos for his decision to let Greece have the land.

The bishop will also contribute to the development financially though the amount was not disclosed.

The dispute dates back to 1998 when the Kykkos monastery gave Greece eight stremma (8,000 square metres) of land. Half of it had been donated so Greece could build an embassy on Prokopiou street in Engomi, Nicosia while the other half was sold for a sum of 500,000 Cyprus pounds.

The deal had been that the land would only serve the purpose of the embassy and ambassador’s residence. The terms of the contract outlined that if this was not done then the land should be returned back to Kykkos in exchange for the money, with interest.

In 2012, Kykkos monastery believed the government of Greece was trying to sell the land – to a company representing the embassy of Qatar, Tofargo. Finding this violated the contract, the monastery took Greece to court.

Kykkos took the case back to court however arguing Greece was not cooperating on how the monastery could deposit the money and get their land back.

The purpose of the case was for court to impose the terms by which the monastery would pay the money and Greece would return the land.

In May, even Greece’s Foreign Minister Nicos Kotzias testified as a witness. Giving a colourful testimony he had declared it was a great shame he had been dragged before the court of law. “Even the Turks had treated us better than this,” he said.

Nonetheless, according to the lawyer for Kykkos monastery, Costas Velaris, Kotzias’ statements during the court session were noted by the bishop.

Kotzias had said the government was willing and ready to move ahead with the development for both the ambassador’s residence and new embassy and they even had the funds to proceed with it.

“This statement was noted,” Velaris told the Cyprus Mail. According to the lawyer, former Foreign Minister Ioannis Kassoulides approached the bishop to ask him if he would be willing to let Greece keep the land after all.

As the bishop had always held a wish that he would see the flag of Greece waving before Metochi Kykkou (the Kykko monastery annex in Engomi where the embassy was to be built), the bishop agreed, according to Velaris.

He also agreed to financially support the development, Velaris said.

A statement from the foreign ministry of Greece thanked the bishop for “his contribution with a significant financial amount,” describing the love he had “for the motherland…as an indication of patriotism and care for the interest and prosperity of Hellenism.”

Nicosia to become common place for initiatives to thrive