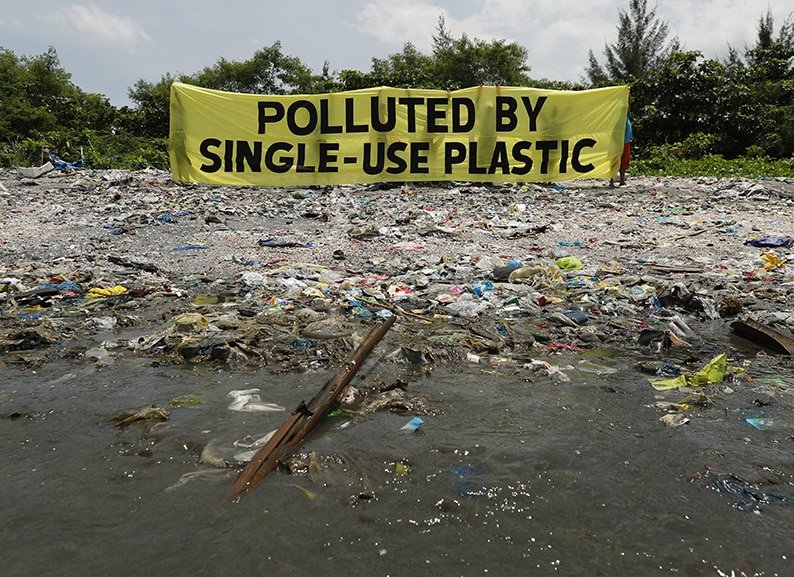 Just weeks after the introduction of a six-cent charge on plastic bags, a series of events to promote an eco-friendly and plastic free lifestyle have been planned this week.

Agriculture Minister Costas Kadis attended a public awareness campaign on Wednesday which focused on the reduced use of plastic bags and organised by the environment department in the Alpha Mega supermarket in Engomi.

On Tuesday, the Nicosia municipality held an educational event on recycling and waste reduction issues especially in tourist facilities at the multipurpose municipal centre. It was part of a larger project, the Urban Waste Management Strategies in Tourist Cities, funded by the European Horizon 2020 Research and Innovation Programme.

On Thursday, the Future Worlds Center – Cyprus Neuroscience & Technology Institute is hosting ‘Why Plastic if Green is Fantastic (GIF)?’, an event taking place from 5.30pm to 9.30pm which aims to raise awareness on environmental issues and to share sustainable ideas and experiences. All are welcome to join in the workshops and visit an eco-friendly market offering food and music.

A three-day event has also been planned, Ecopolis, running from July 25 to 27. It is an ‘anti-commercial’ festival with no sponsors, and the events are entirely free. Talks, presentations and workshops in Greek will start on Friday and will cover topics on the protection and sustainability of cities and the environment. Saturday will focus on citizen initiatives.

The public awareness campaigns have coincided with fresh complaints on Wednesday from the Green Party which expressed their concern about the coastal pollution in Limassol, and the lack of initiatives to deal with it.

“Every year we experience pollution.” they said. “This year, what we live in is really tragic. Obviously, the situation is out of control.”

They said that the mayor of Limassol and the commissioner of the environment have made great efforts, but it was now the turn of the government to step up.

The flurry of activity follows the implementation of the plastic bag charge on July 1. Figures released on Tuesday said the purchase of plastic bags in supermarkets had plummeted by up to 85 per cent, and in kiosks by up to 75 per cent.

Plastic is now being found not just in the environment, but in people’s lungs and diets, in the air and water. The European Commission said that the EU generates 25 million tonnes of plastic waste every year, of which less than 30 per cent is recycled. Plastics make up 85 per cent of beach litter. Every year, 150,000 to 500,000 tonnes of plastic waste make their way to the oceans.

President to step into teaching dispute