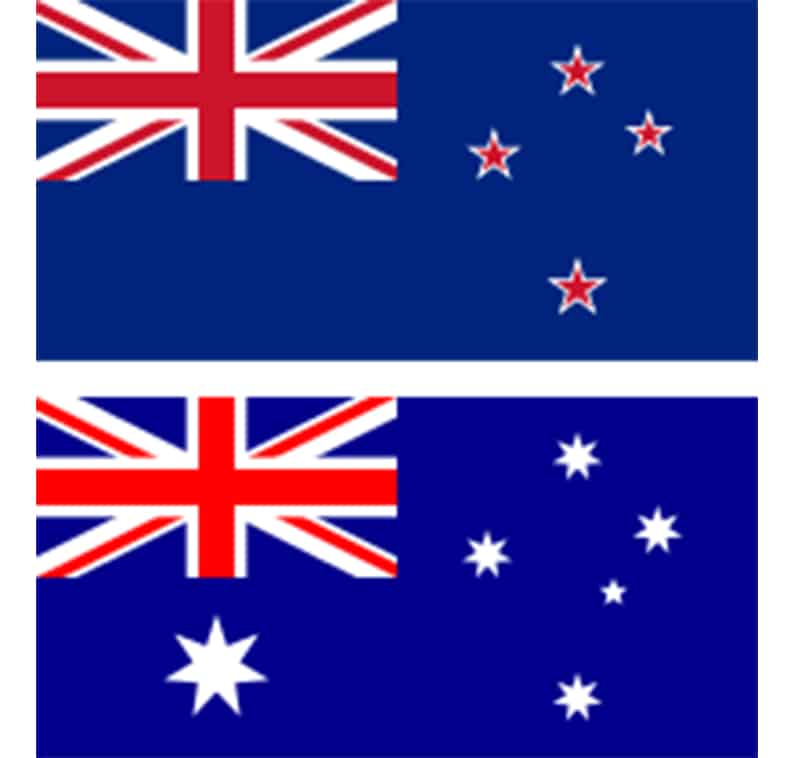 New Zealand’s Acting Prime Minister Winston Peters has called on Australia to change its flag, accusing its neighbour of copying New Zealand’s own design – a jab at a time of testy relations between the normally close allies.

The two countries have been exchanging barbs over Australia’s so-called character test, which has resulted in a rise in the number of New Zealanders being deported from the country.

“We had a flag which we had for a long time – copied by Australia and they should actually change their flag,” Peters said on Television New Zealand, when an interviewer referenced a failed local 2015 referendum to change their own flag.

Peters is acting leader while Prime Minister Jacinda Ardern is on maternity leave.

A spokesman for Australia’s Prime Minister Malcolm Turnbull did not immediately respond to requests for comment.

Both nations’ flags feature the Union Jack – a nod to their British colonial past – as well as the Southern Cross cluster of stars set against a blue backdrop. The only difference is New Zealand’s design features four red stars, while Australia’s is adorned by six white ones – a similarity that often causes confusion over the identify of the flags.

New Zealand formally adopted its flag in 1903, while Australia did not take up its current design until 1952, though it used a similar design with a red backdrop as early as 1901.

Around that time, New Zealand opted against becoming an Australian state; however visa arrangements allow citizens to easily travel and work in either country.

Squabbles over the origins of national icons regularly break out between nationals of the two countries, which normally share a good-hearted cultural and sporting rivalry.

However Peters’ comments underscore a genuine escalation of political strains.

“It is the latest twist in trans-Tasman crankiness,” said Ian Hall, professor of international relations, Griffth University in the Australian state of Queensland.

Australia can deport anyone who has a substantial criminal record or who is considered a threat to the country under a policy dubbed locally as failing the character test.

In February, Australia disclosed it had cancelled nearly 1,300 visas, more than half of which were held by New Zealanders. While officially New Zealand citizens, some had never stepped foot in their home country.

Roughly 600,000 New Zealand citizens – around a tenth of the smaller country’s population – live in Australia.

Little’s comments drew the ire of Australian Immigration Minister Peter Dutton, who said the neighbour did not contribute as much as Australia to their defence relationship

Nestle loses its attempt to protect shape of Kit Kat