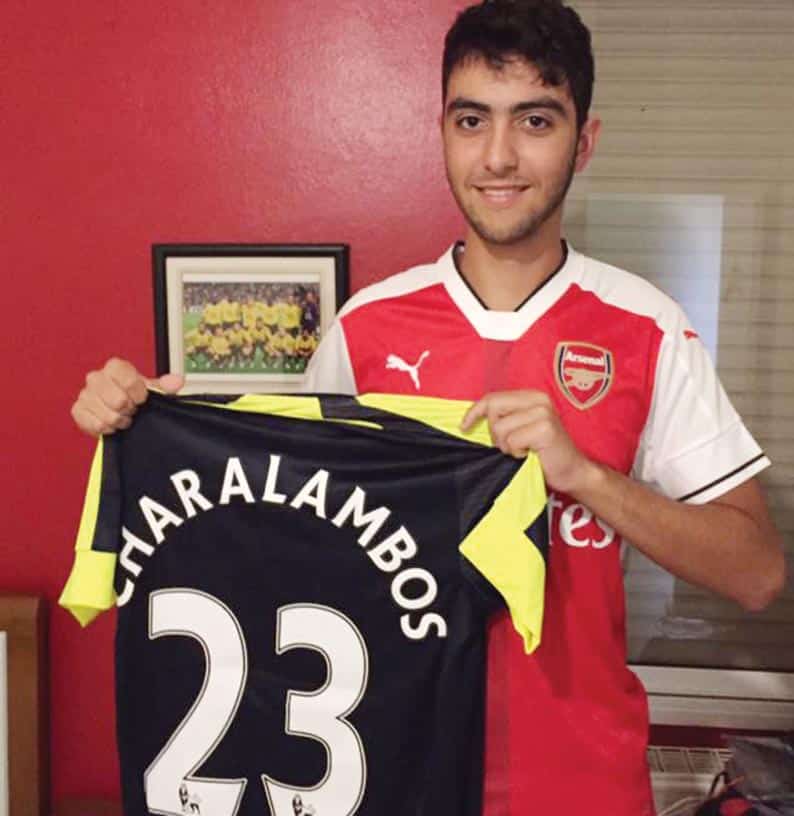 Charalambos Leantzis is currently at a specialist neurological clinic in Germany

The ministry of health has stepped in to cover the hefty costs of travel to Germany and rehabilitation and recovery of a Paphos teenager who was seriously injured in a road accident in March.

President Nicos Anastasiades personally called the family of 18-year-old Charalambos Leantzis from Geroskipou to convey the news. The state has also covered the costs of his parents to accompany him.

The teenager is currently at a specialist neurological clinic in Germany and will undergo a number of tests, scans and examinations to decide the best course of action for his treatment, according to the head of the department of sponsored patients of the ministry of health.

“We can’t say how long the treatment will take or how much it will cost. All of the necessary procedures have been followed and also in accordance with European regulation 883,” she told the Cyprus Mail on Thursday.

The accident occurred a couple of months before the teen was due to graduate from high school and he had remained at the intensive care unit at Nicosia General Hospital since March 27, with traumatic brain injuries that left him unable to move or communicate.

Family, friends and supporters had rallied round to try to raise as much money as possible to ensure that Charalambos could travel to Germany and get the treatment he needs.

A Go-Fund me page which was set up ahead of the state’s intervention to raise funds noted that: “It is now extremely crucial for his recovery to be transferred to a neurological rehabilitation centre overseas, but the costs of hospitalisation are particularly expensive.”

Mayor of Geroskipou, Michalis Pavlides said that the local community and council were pleased by the decision of the president and state to cover the costly treatment.

“I know this family, the mother is from Geroskipou, and they were concerned about taking money from people, although they appreciated all of the help and support.”

He added that the council had decided to donate €1,000 ahead of the government’s intervention, which would be given to Charalambos on his return to Cyprus.
The president’s decision was welcomed by the family and a Facebook post reads: “On behalf of the family of Charalambos Leantzis we would like to express our emotion and thanks the president of the Republic of Cyprus, Nicos Anastasiades, who after personal telephone communication with the family assured that the government would cover all costs for the transition and recovery of Charalambos in Germany. We would like to express our thrill and thanks to the president for this act.”

The announcement added that the family would also like to warmly thank supports from all over the world who had helped in some way. Include everyone that organised various fund-raising events, as well as those that sent love and well wishes to Charalambos.

“Nothing would be the same without the support of all of them,” said the announcement.

It added that all fund-raising events had been cancelled and that after the completion of the Charalambos’ rehabilitation, the funds raised would be given exclusively to charitable organisations that aim to help those in need.

The teenager will undergo all necessary treatment and the family’s hopes are that he will recover.

“Our goal is for Charalambos to fight now with the best means to come back to Cyprus again, well and strong,” said the family.

Our View: Where are all the Cyprob free-speech defenders now?

Turkish Cypriots protest to be allowed to cross for work

Three dogs with homes to go to stolen from Paphos shelter, public asked to help (Updated)

Girl, 4, who asked president to chase away coronavirus, visits palace