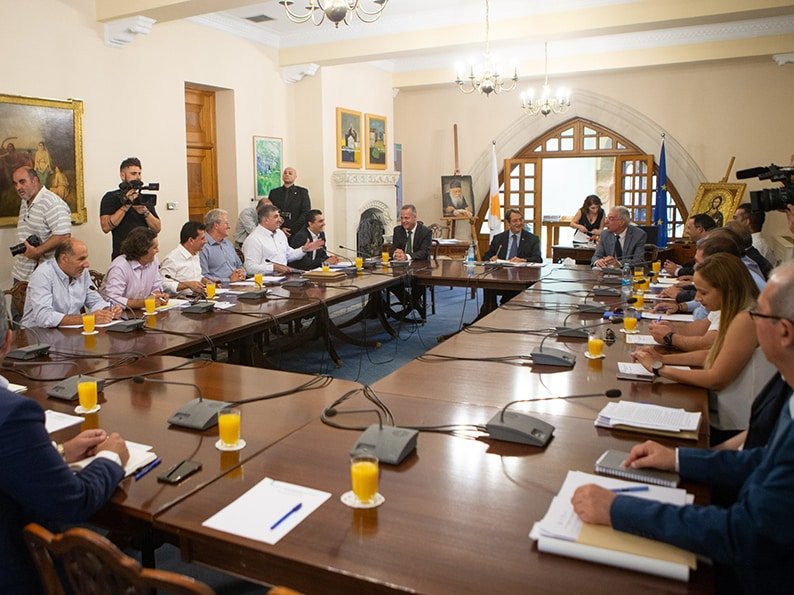 THE education minister and teaching unions will begin as of next week a new, intensive dialogue aiming at the smooth opening of schools in September, it was announced on Friday following a meeting of all stakeholders at the presidential palace.

The meeting, with the participation also of organised parents, took place on the initiative of President Nicos Anastasiades to invite teaching unions to discuss changes to workloads, which had prompted strike threats.

According to the head of the secondary education teachers’ union, Oelmek, Yiannos Socratous, an intensive, week-long dialogue will be launched on Monday, “with everything on the table, to seek solutions concerning staffing for the new school year.” Parents will also participate in the dialogue.

Socratous said that, depending on the outcome of the dialogue, teaching unions Oelmek, Poed, and Oltek will decide whether to carry on with the measures they have announced for September or cancel them.

Strike action, he said, was not an end in itself.

“We all want the smooth operation of schools, we don’t want tension, or measures, that as you realise will bear consequences for all of us,” Socratous said.

Anastasiades’ invitation came after teaching unions did not show up to a meeting called by Education Minister Costas Hambiaouris on Tuesday to discuss their grievances. The unions had been calling for Anastasiades to intervene, declaring they no longer wished to communicate with Hambiaouris, maintaining the minister was a ‘non-credible interlocutor’.

Government Spokesman, Prodromos Prodromou, conveyed after the meeting, Anastasiades’ appreciation for the work of educators, adding that parents “are an equal partner.”

The meeting took place in a positive and constructive climate, he said.

“I convey the president’s satisfaction for the willingness exhibited by the trade unions and organised parents,” Prodromou said.

He added that streamlining should be enforced, not for the sake of the state economy but for education, so that “we do not reach a point where there are no funds, outside those for staff, to be used for the needs of education, schools and pupils.”

Resources are needed, he said, for the improvement of schools and to fund actions everyone deems necessary for education.

“This effort will also be made through the dialogue that starts on streamlining,” he said.

The aim of the government, he said, is to reinforce programmes for health and safety in schools, teacher training, for infrastructure, to strengthen the programme for the prevention of the use of addictive substances and to address delinquency problems by strengthening the education ministry’s emergency response team.

“But we first need to carry on with streamlining and that will be the subject of the dialogue to be launched,” Prodromou said.

The row started earlier in the month when unions were angered by a cabinet decision to abolish exemptions from teaching hours for trade union activities and extra-curricular activities, and fewer teaching hours for teachers according to their years of service. The decision aimed at streamlining the use of teachers in state schools.