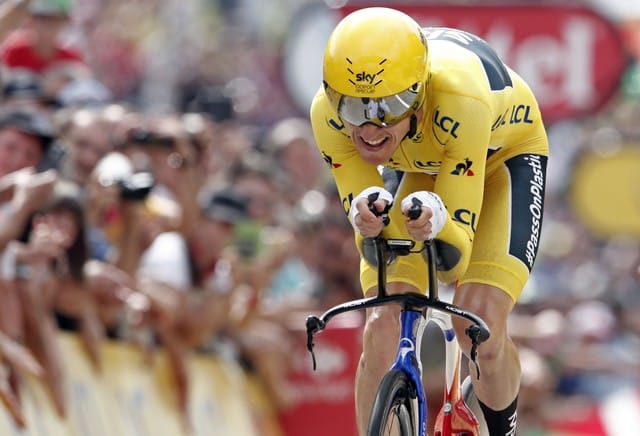 Team Sky rider Geraint Thomas of Britain, wearing the overall leader's yellow jersey, is all set to win the famous race on Sunday

Briton Geraint Thomas is set to win his maiden Tour de France after he held on to the overall leader’s yellow jersey in the penultimate stage on Saturday.

Barring an accident in the procession to the Champs-Elysees on Sunday, the 32-year-old Welshman will give Team Sky their sixth title in seven years after Bradley Wiggins in 2012 and Chris Froome in 2013, 2015, 2016 and 2017.

Froome was the favourite to retain his title but he paid the price for the efforts he made to win the Giro d’Italia in May as he just failed to become the first man in 20 years to achieve the Giro-Tour double.

Froome took second place in the 31-km time trial, against the clock, from Saint-Pee-sur-Nivelle, won by a single second by time-trial world champion Tom Dumoulin, with Thomas coming home third, 14 seconds off the pace.

Klopp has no issue with Mourinho’s opinion on Liverpool