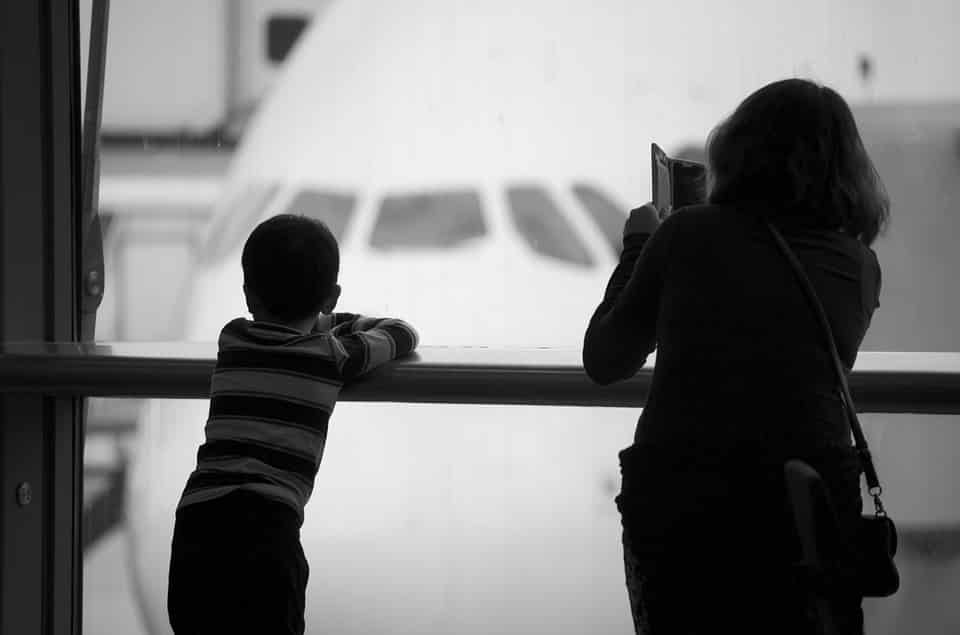 The travel and leisure sub-sector closed at its highest in more than one and a half years.

A Cypriot woman flying out of Larnaca with her underage son was recently stopped and asked by immigration police if she had written permission from her husband to travel abroad with her child.

It was the second time she was subjected to the extra screening.

Earlier this month, Elena (not her real name) was stopped at passport control after check-in. The officer asked for her and her son’s papers, informing her there was a ‘law’ mandating that written permission was needed from the other spouse when a minor is travelling abroad with one parent.

The officer alluded that this control was due to concerns over possible abductions of children by parents over custody disputes.

“He even told me that this ‘law’ is well known and that travel agents have been notified,” Elena told the Sunday Mail.

She and her husband – a Greek national – have no custody issues. This meant she was not the ‘stop list’ which is implemented when separated parents are involved in a battle over the custody of their children. Moreover, for this trip she had purchased the tickets directly from a travel agent, and no one mentioned this permission requirement to her.

Stumped, she inquired as to whether the same ‘law’ for written permission applied to travelling fathers as well. The officer said it did.

The woman then gave the officer her husband’s phone number. Over the phone, the husband confirmed to the officer he was aware of the trip.

Returning, the officer handed Elena back her papers and told her she was free to go.

Apparently the verbal confirmation from her husband was sufficient, even though the officer had earlier told her that written permission was needed.

When she pointed this contradiction out, the officer told her that he was doing her a favour.

She next asked whether this ‘law’ has been published anywhere, to which the officer curtly said: “Have a good flight, madam.”

The same incident occurred about a year ago, again while travelling with her son. In this case, she was told that this extra control was because of a ‘directive’ coming down from the chief of police, not a law.

While she waited for the police to contact her husband – who was just as surprised as she was – a female armed officer was assigned to watch her.

Elena barely made her flight then.

“I can’t understand this. I’ve been flying regularly to the same destination, with my son and without my husband, since 2010. My son and I both have Cypriot IDs. Now, all of a sudden as of last year they started stopping me.”

It’s understood that, although a written permission is preferred, airport authorities may accept a verbal confirmation from the non-travelling parent.

There is a requirement published on the website of the foreign ministry, under travel information for Cypriot nationals.

It states:“Parents are responsible for receiving all necessary documents and information regarding the minor’s trip from their tourist agent or airline. All minors exiting Cyprus unaccompanied by both parents or legal guardian, are required to hold legal authorisation issued by the absent parent or legal guardian during border control check.”

It’s also understood that the requirement is intended to ‘protect’ minors from possible abductions, following a number of such cases, most notably that of Marie Eleni Grimsrud last year.

Some would argue that this measure is too draconian. In this case, the mother was a Cypriot national, and she was the one travelling abroad with her son, not her husband who is a foreign national and who also happens to live in Cyprus.

Another question is why – and how – Elena was ‘flagged’ in the first place.

The only thing she can guess which might have drawn attention to her, is the fact that inscribed on her own ID are both her family name and her husband’s surname – whereas her son’s ID only displays his father’s surname.

Justice Minister Ionas Nicolaou confirmed to the Sunday Mail that the requirement for permission from the non-travelling parent originates from the immigration department in the form of a directive, not a law per se.

He said the penal code, as amended in 2013, criminalises abduction.

“It’s for the protection of minors,” he said.

The penalty on conviction is seven years imprisonment and a fine.

Abduction is defined as “anyone transporting any person outside the territory of the Republic, without the consent of the individual concerned or other person who is legally authorised to consent on their behalf, is considered to have abducted that individual from the Republic.”

The law deals with the crime once it has been committed. But what authorities are now enforcing at airports is arguably a pre-crime measure to avert the mere possibility of kidnapping.

Asked whether this might not be an excessive or overly intrusive measure by the state, Nicolaou said:

“No, it is not. Intrusion into whose life?”

The measure, he said, applies to international couples as well as to all-Cypriot couples, and is likewise enforced at crossing points to the north of the island.

Turkey will stand up to U.S. in face of sanctions threat over American pastor -Erdogan