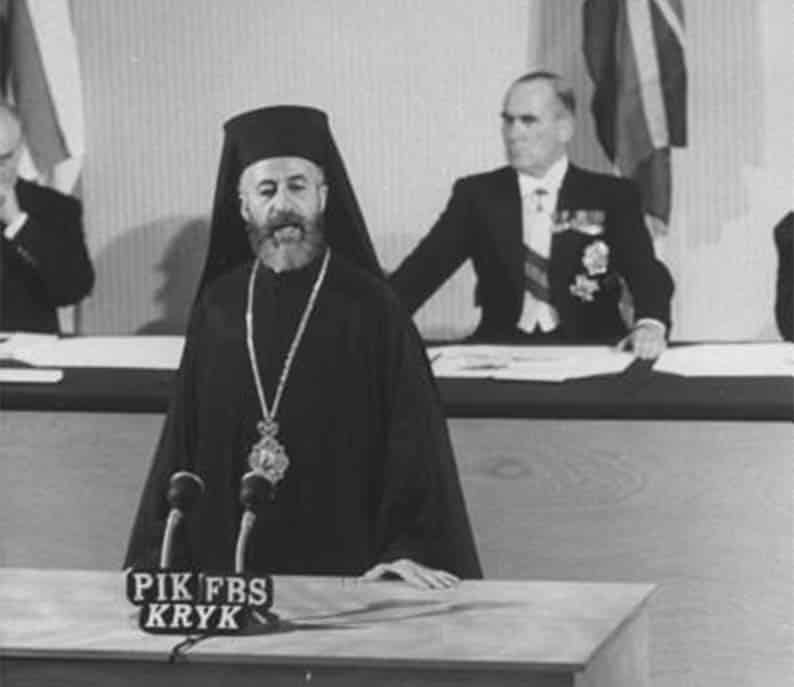 ALL the leaders of the so-called centre parties – more precisely extreme right-wing parties – claim that according to the Treaty of Guarantee, Turkey, one of the guarantor powers, did not have the right of unilateral military intervention.

Aritcle IV of the Treaty, states that in the event of the contravention of its provisions and considering joint or coordinated action by the guarantor powers is not possible, then “EACH OF THE THREE GUARANTOR POWERS (my capitals) reserves the right to act with the sole objective of restoring through this treaty the situation created.”

The vagueness of this article causes surprise to any thinking person as it does not specify whether the right of intervention by one of the guarantor powers entails the use of force. This vagueness has given rise to countless arguments. The main reason Archbishop Makarios was reluctant to sign the Zurich Agreements was the content of Article IV of the Treaty of Guarantee. How could Makarios not identify in this text the grave danger of unilateral intervention?

If we assume that Makarios was not astute enough to recognise such a trap, the herd of advisors that accompanied him to London for the formalising of the agreements should have been. The Greek Cypriot side could very easily have suggested the addition of a few words to Article IV such as, “it is understood that unilateral intervention would preclude the use of any form of force.” If this was proposed I do not think Britain and Turkey would have objected. I wonder how different the course of the Cyprus issue would have been if we had the foresight to insist on the addition of these few words.

What the Treaty of Guarantee did not foresee was the blatant violation of the guarantee provisions by one of the three guarantor powers. What happened on July 15, 1974, was clearly a case of unilateral intervention by Greece, which was presented by the Junta as an “internal Greek Cypriot crisis”, but neither the foreign diplomats nor the international press and the UN bought this lie.

The issue raised is whether Turkey had the legal cover to intervene militarily based on the Treaty of Guarantee? The extreme right parties repeat like parrots the theories of Greece’s extreme right academics, and especially of the notorious nationalist professor Angelos Syrigos. Cypriots will remember him as the first Greek to openly support partition and the annexation of the north by Turkey, in a speech at a memorial service for Tassos Papadopoulos in 2016. According to Syrigos and his fellow travellers, the Treaty of Guarantee does not provide the right for the use of force by the guarantors and cites Article 2.4 of the UN Charter which says: “Members will always refrain in their international relations from the threat or use of force against the territorial integrity or the political independence of any state or from any other means incompatible with the objectives of the UN.”

Unfortunately, things are not so straightforward. This article has many exceptions, as for example Article 51 which relates to lawful defence and is cited by Turkey. If international conventions were so clear, we would not be discussing the issue of guarantees today. Makarios would have been the first to raise this matter and so much grey matter and time would not have been wasted on negotiations for the abolition of the unilateral right of intervention.

The bitter truth is that conditions created in July 1974 were favourable for Turkey to invade without the slightest censure from anyone. It suffices to say that two days after the Junta’s coup, on July 17, the UK government decided to invite the governments of Greece and Turkey for consultations in London with the objective of restoring the constitutional order in Cyprus. While Turkey accepted the invitation and Prime Minister Bulent Ecevit flew to London, Greece ignored the invitation and did not even bother replying. On July 18 and 19 rumours were circulating that Makarios supporters were being buried alive (confirmed subsequently by the priest that conducted the funerals, Panayiotis Tsestos).

As was expected, international opinion abhorred the spread of tyranny in Cyprus by an obscene and hated regime. It should therefore not surprise us that no country condemned the invasion. On the contrary, some countries applauded it, like for example the Soviet Union which issued an announcement describing the Turkish invasion of Cyprus as a justified reaction to the “continuing assault on Cyprus independence by the Greek army”.

The Turkish invasion differed significantly from other ‘conventional’ invasions. The Junta knew that it would take place, as it had agreed in Lisbon in 1971 with its neighbours and backers to partition Cyprus. Hence the orders by the Greek command of the National Guard not to fire at the Turks. What was imprinted in my mind were the Turkish parachutists landing in Agyrta on July 20, 1974 without a shot being fired at them; they subsequently got on buses parked on country roads to be taken undisturbed to the Saint Hilarion garrison. This touristic, parachutist ‘operation’ has never been matched in originality and mindlessness in the annals of war.

‘Fomented by strong winds the heat ignited the air’