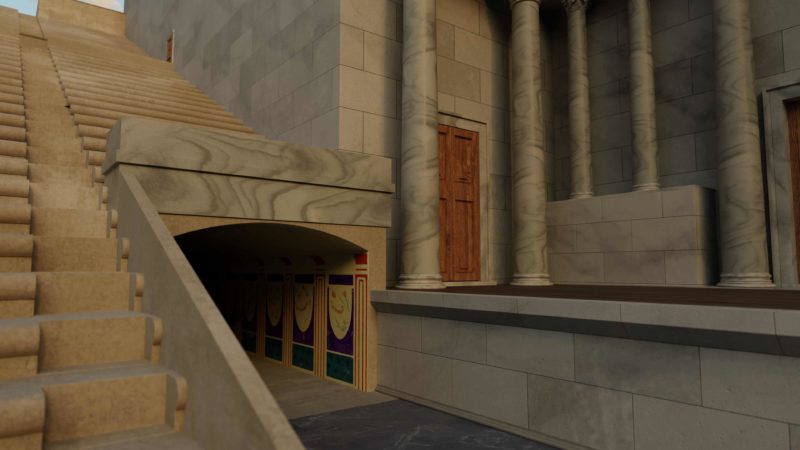 A new virtual reality mobile application, called Lithodomos VR, which allows users to experience the majesty of the theatre in Kato Paphos during its heyday in 150 AD is now available to download.

“The availability of the app for download on iTunes and Google Play now gives people a chance to view the ancient theatre from their own home (so long as they have a VR headset),” said Dr Craig Barker, one of the archaeologists involved with the project, speaking to the Sunday Mail from Australia.

LVR is an Australian start-up company which specialise in Virtual Reality (VR) reconstructions of the ancient Mediterranean archaeological sites.

Barker has used the app at the heritage listed site when giving Cypriot school children tours of the archaeological site, as well as with school groups visiting the University’s Nicholson Museum.
“We have brought history to life and used modern technology to examine a 2,000-year-old building,” he said.

Only the foundations of the Paphos theatre, used for performance and spectacle for more than 600 years, remain today. 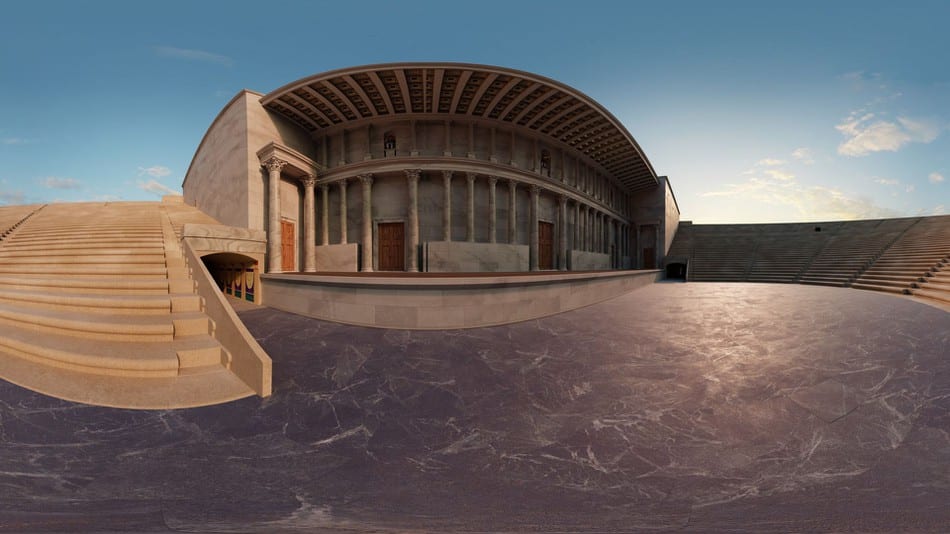 For the last 20 years Barker has led the university’s efforts to uncover Nea Paphos. He said that the collaboration was a natural fit for the Paphos Theatre Archaeological Project. Barker and a number of colleagues, university students and volunteers, have uncovered paved Roman roads, an ancient nymphaeum (water fountain) and the semi-circular theatre over the years.

“There have been some, but limited, reconstructions of ancient sites in Cyprus in this format, but the Paphos theatre lent itself well for a 3D VR experience. The benefits for us as an archaeological project is it allows people to visualise what the theatre would have looked like long after its destruction.”

Dr Despo Pilides, curator of the Antiquities Department said that they encourage  the use of technology in such instances where it promotes the value of archaeological sites and museums.

“We welcome new ideas, especially those that are educational. By engaging adults and children and interesting them, this is one of the best ways to protect culture and heritage,” she said.

Barker noted that both VR and AR are increasingly being used in archaeology as a means of visualising the past, adding that the archaeologists are now part of a big trend in using new technology to study old sites.

“Cyprus is perfect for this type of technological use.”

The VR headset and app was first unveiled at an art exhibition for Pafos2017 in October and a headset was available for visitors. The team also used it on site during their excavations at the end of last year, for visitors – including visiting school students – to learn more about what the site probably looked like.

The theatre of Paphos was used for over six centuries (c. 300 BC – 365 AD) and technologies such as these enable people to understand how much the building has changed over time, and how different the surviving ruins looked from the ‘actual’ theatre, he said

“I hope one day to produce a version of the Hellenistic theatre to contrast with the Roman theatre.”
By downloading the app and wearing the headset, viewers are able to see the ancient theatre from three different views – a 360 degree angle view from the upper seating, and two views from the ancient orchestra – which gives viewers an idea of what the ancient stage and the seating looked like. The theatre was 100m in diameter and could seat over 8000 people at this point in its history, so it’s impressive, he said.

“We have used it a lot for teaching school students in Australia which is very exciting and everyone is thrilled by the experience, but we do have to watch that people don’t walk into things, thinking they are actually within the 3D space of the ancient theatre.”

Barker said that the Australian team is currently working on an academic publication of their findings so far and aim to return to the site in September-October 2019.

“We are pleased to be welcomed by our friends and supporters in Paphos each time we dig at the site, and there are many people in Australia who now regard Paphos as their second home.”
LVR made its first breakthrough in early 2017 with modest funding and has since mushroomed, boasting, museums, tourism operators and universities from all over the world as clients, and have partners at more than 50 sites in 15 countries.