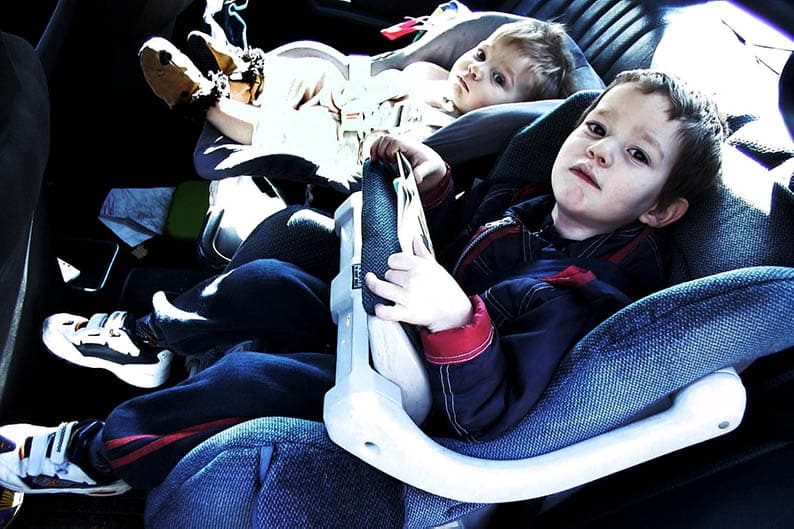 The authorities launched an islandwide seatbelt and car seat campaign on Monday to prevent and reduce traffic accidents and fatalities.

The campaign runs until August 5.

The recent deaths of three children, a five-year-old girl and two 11-year-old girls who were not wearing seatbelts, have prompted police to carry out increased checks.

“During the campaign, special attention will be given to the use of seat belts in the back as well where the rate of use is far lower than that in the front seats and in the use of child seats,” said an announcement from the press and information office. “The aim of the campaign is to raise awareness of drivers and passengers to the use of a safety belt.”

The chief of police, Zacharias Chrysostomou, stressed that this issue was being fought on multiple fronts. Urgent action is being taken towards the reinstallation of speed cameras and the increase of penalties concerning road infractions, while the lack of staff in the force, with 492 vacant positions, is being addressed.

He added that driving behaviour and mentality needed to change too.

Minister of Transport Vassiliki Anastasiadou said that by 2020 the speed camera systems should be working and fully operational. The gradual installation will begin in the first quarter of 2019. The decision came at the Road Safety Council meeting, where the intervention of tresident Nicos Anastasiades helped promote rapid implementation.

When speed cameras were active from 2006 until 2007 before being stopped for technical reasons, there was a 54 per cent drop in accidents during those 11 months.

Chrysostomou pointed to the example of Ireland where the recent installation of a speed camera system, according to Eurostat, reduced deadly accidents by 25 per cent in 2017. Furthermore, the College of Policing in the UK conducted 51 studies which showed that 21 per cent fewer accidents take place where speed cameras are installed.

“Regarding the increase in penalties, the costs do contribute greatly to changing behaviours,” he stated, “as is evident from the example of northern Europe and the Scandinavian countries, where we are aware of very positive contributions to reducing road collisions”.

Deputy head of the traffic police Harris Evripidou told the Cyprus Mail that the penalties have not been increased yet, but are currently under review.

The empty posts the authorities need to fill are not so easy to replenish, said Chrysostomou, adding he had reservations about hiring members of the public to fill administrative roles because in time of need they could not act as officers of the law.