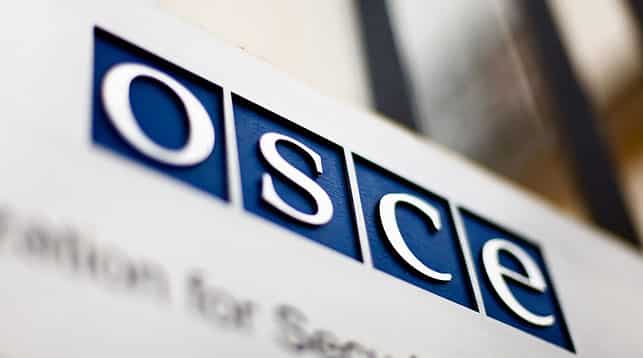 Cyprus on Wednesday said it had referred the attempted prosecution in Turkey of Turkish Cypriot newspaper Afrika and its journalists Sener Levent and Ali Osman to the Organisation for Security and Cooperation in Europe (OSCE)and the EU, government spokesman Prodromos Prodromou said.

In a written statement, Prodromou notes the government was concerned with developments in the north and the prevailing climate of intimidation, specifically the attempt to judicially prosecute Afrika newspaper and journalists Sener Levent and Ali Osman in Turkey.

Prodromou said the matter has been referred to the OSCE and the EU, seeking an intervention in defence of freedom of expression and freedom of the press since both have been monitoring the situation in the north and since both journalists are citizens of the Republic.

“This concerns citizens of an EU member state, on whom a third country has no jurisdiction,” Prodromou said. The European Parliament to which Levent has appealed in the past was “closely monitoring the case”, Prodromou added.

Opposition Akel on Wednesday condemned the move by Ankara. “The persecution of Turkish Cypriot journalists proves that there are still strong forces in the community which are opposed to the gradual integration with Turkey,” the party said. “It is yet another indication of what will mean for Cyprus and the Cypriot people due to the passage of time without a solution to the Cyprus problem.”

Levent, who also writes for Politis, has called on Brussels, and the government of President Nicos Anastasiades to intervene, concerned that given the lack of extradition between Turkey and the north, that he and Osman could be taken there against their will because they were not going to go willingly.

He also said it was the first time in the history of the press in the north that such a complaint was filed by a court in Turkey. “There is no Turkish justice. Turkey is only one man,” he was quoted as saying, referring to the Turkish president.

In the north, the ‘president of the supreme court’ Narin Ferdi Sefik was quoted in Yeniduzen newspaper as saying that if according to Turkish law there is evidence against the defendants a case may be established but there was no ‘legal framework’ in the north, even if they were convicted by a Turkish court, to hand them over to Ankara.

The charges they are facing, according to CNA, are “disrespect for the Republic of Turkey”, “publishing embarrassing statements” and “actions against Turkey”.

Meanwhile, Afrika on Wednesday republished the article for which Ankara brought its case.

Titled ‘Zorba the Cypriot’, it said: “From which hell have you come to my country that smells of lemon and jasmine? How did you come here? Go away, leave. You will leave. This little island has seen many kings and sultans. You will leave too. You will leave the way you arrived here.  You will take your slogans that Allah is great and your cursing and you will leave.

“You are our enemies… enemies of those who say that they are Turkish Cypriots and not Turkish. You say, ‘If you do not like it go live in the south’. You are not even funny but still you make me laugh. You are stupid. Does my country have north and south? The whole country is mine, north and south equally. The east and the west. I can live wherever I want.”

Ryanair pilots in Sweden to strike, Belgians may join

Building permits up 26 per cent in January to May