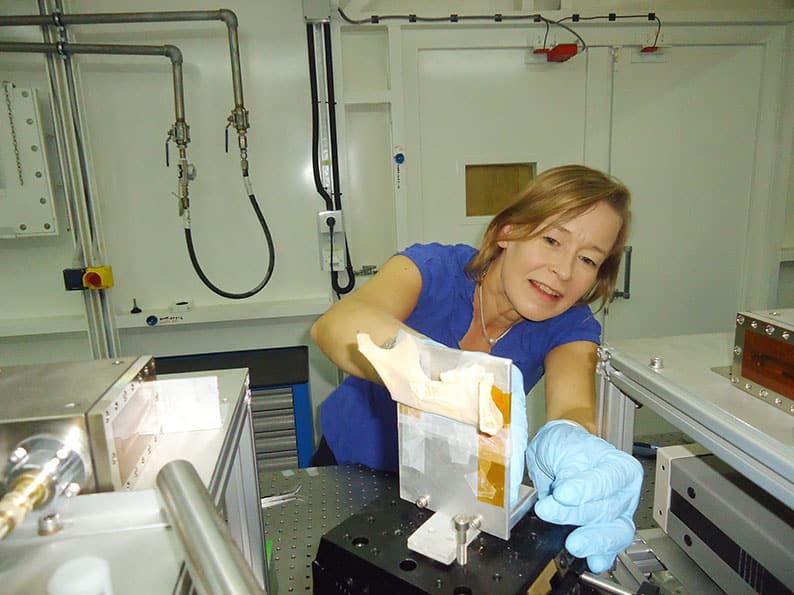 Scientists from the Cyprus Institute are part of an experiment that aims to glean new biological information from human remains dating back 5000 and 13,000 years, it said on Wednesday.

In July, the scientists concluded the first-ever official user experiment at the SESAME light source, an international state-of-the-art research facility in Allan, Jordan, of which Cyprus is a member.

SESAME stands for the light beam: Synchrotron-Light for Experimental Science and Applications in the Middle East. When synchrotrons were first developed, the primary purpose was to accelerate particles for the study of the nucleus but today it encompasses a number of other applications including environmental science and cultural heritage.

In the context of the latter, according to the institute, the scientists measured metal element content in archaeological human remains from the region, dating back 5000 and 13000 years.

The experiment was one of 19 selected by an international peer review committee following SESAME’s first call for proposals last year.

Use of the beam began at 7am on July 17, and the scientists worked continuously round the clock, until 7am on July 19, the institute said.

“I am really excited, and honoured, to have been offered this opportunity – I’ve been waiting for a long time to start using SESAME for our research,” said Kirsi Lorentz, the Principal Investigator and leader of the Cyprus Institute research team that undertook the first measurements at SESAME.

“It is doubly pleasing that the first measurements we were able to make at SESAME are of the ancient people of the region, telling us about the past in this culturally rich and diverse area. Science transcends boundaries,” she added.

SESAME was set up by members Cyprus, Egypt, Iran, Israel, Jordan, Pakistan, the Palestinian Authority and Turkey. It was decided to locate the lab in Jordan as it is the only country with diplomatic ties with all of the other members.

“The Cyprus Institute is proud to be collaborating with the SESAME Synchrotron at many levels, and we are really excited and honoured that our researchers are the first to begin measurements at SESAME,” said Professor Costas Papanicolas, President of The Cyprus Institute.

SESAME Scientific Director Giorgio Paolucci said he was happy that the Cyprus team were the first official user group of the beam.  “This research is also an indication of the support and investment of SESAME to archaeological sciences, allowing the exploration of our common human past,” he added.

The institute said the results were now under analysis before submission to a peer-reviewed journal. After a short summer break, user experiments at SESAME will resume in September.

Talks between unions and education ministry to start Wednesday

15 reasons your business should use LinkedIn for marketing