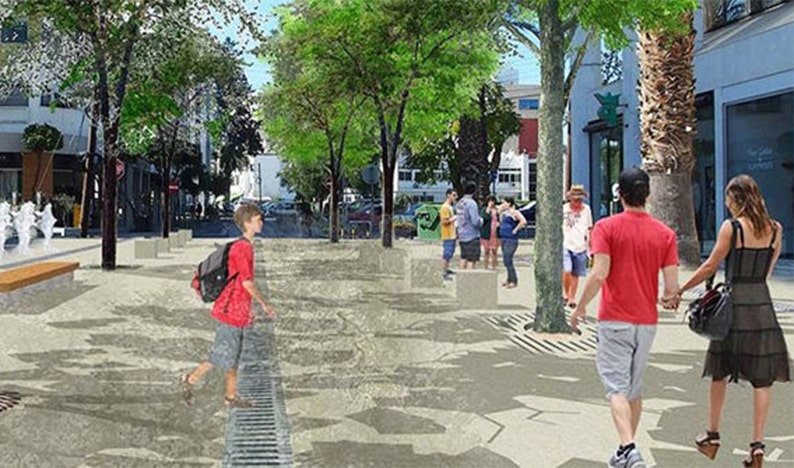 Architect's impression of how the area will look

The Nicosia municipality on Wednesday signed the contracts for the first stage of revamping the capital’s one-time commercial centre with work set to start in September this year.

The contract for the project to overhaul the triangle between Makarios Avenue, Stasicratous Street and Evagoras Avenue, was awarded to Cybarco-Panayides. Work on the first stage is scheduled to start on September 3. It will cost an estimated €8m and is expected to take 16 months.

The project aims to turn the area into a model of human-friendly urban environment that will have multiple benefits for residents, businesses and visitors, a news release said.

“All those interested in the liveliness and viability of the centre of Nicosia understand the high added value and status the area will gain with the completion of the work to the benefit of the residents, businesses, and people visiting the area,” mayor Constantinos Yiorkadjis said.

Post-overhaul, Makarios and its adjacent streets will have restrictions on private vehicles, except for those belonging to residents and shopkeepers.

The area is envisioned as a “pedestrian paradise”, with dedicated bus routes and bicycle lanes leading into it, in hopes that issues of accessibility, traffic congestion and pollution may be tackled.

The project includes squares, pavements, water features, trees, urban furniture and lighting. The aim is to create one unified space, or “open-air mall” of sorts with ample shading to enable people to spend more time at the centre.

Over the last few years, the area has been on a fast-track course to dereliction, especially in the side-streets connecting Makarios with ‘up-scale’ Stasicratous, with shops closing down so fast that the odd still-open store sticks out among consecutive ‘for rent’ signs.

One reason for the decline was the financial crisis, but the area was also hit hard by the opening of the mall in the outskirts of Nicosia, which concentrated most of the high-street brands and can provide a refuge for thousands of visitors on hot and rainy days.

The work will inevitably cause more grief to motorists using the capital’s centre, already suffering from the road closures linked to the construction of Eleftheria Square.

The municipality said it will keep the public informed about traffic arrangements, which it has already studied.

Soon, it will issue a separate statement about the arrangements during the first phase of the project.

The first phase of the project is scheduled to start on September 3 this year and finish by December 2, 2020. 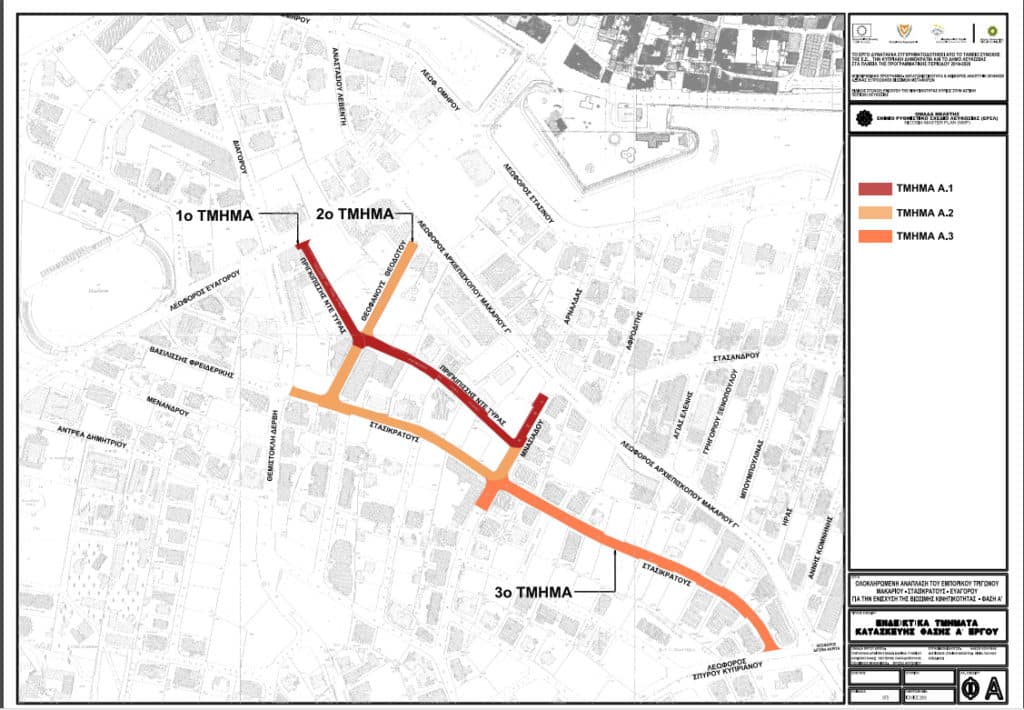 The first job, A1, from September to December, involves digging Mnasiadou and Zena De Tyras Streets to bury utility lines and prepare the ground for paving, which will take place between February and April 2019.

Part two, or A2, involves Stasicratous Street where excavations are set to be carried out between January and April 2019. Granite paving is scheduled to be installed between May and June.

It will be followed by Theophanis Theodotou Street with the same process expected to be completed between January and August, 2019.

Part three, or A3, concerns the lower stretch of Stasicratous with work expected to commence in May and finish in December, before Christmas.

A presidential event to unite cultures