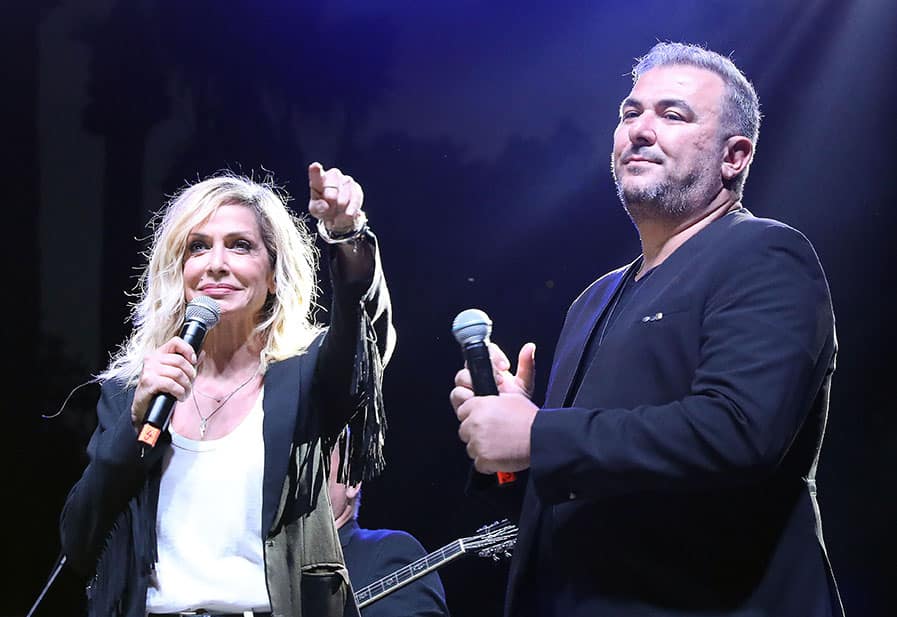 More than €100,000 has so far been collected during the #StandByGreece campaign organised to help victims of last week’s huge fire in Greece.

The campaign culminated in Tuesday’s concert at Nicosia’s municipal park where popstars Anna Vissi and Antonis Remos performed together.

“This is a big amount which can help a lot to restore the infrastructure for children in that area. It has been determined that the whole effort is for these children,” he said.

“The public will be informed how exactly the money will be used. By next week we will determine what the urgent needs are and what the best way to use the money is.”

How to use the money will depend on an evaluation made together with authorities in Greece he said.

Yiannakis said that the public, under this specific campaign, has until August 3 to contribute and warned the public that those who want to donate money should make sure they use bank accounts which have been approved for the purpose at the Bank of Cyprus and the National Bank of Greece.

Thousands of people gathered on Tuesday for the concert to support the people in the eastern Attica region where the fire broke out on July 23.

Kiosks were set up by NGO Hope for Children, which organised the event together with the volunteer commission, and tickets in exchange for food and drinks for €1, €2 and €3 were sold.

The concert itself, which kicked off at 5pm and finished at 11pm, was free. Bands performing included Neon Knights, Cashiers and The Fuse.

Cybc organised a radiomarathon as part of the event, starting at 6am on Tuesday. Television presenters, actors and artists helped co-host the programme.

The death toll from the devastating wildfires in Attica rose to 91 while nearly 200 people were injured.

The fires started from several points simultaneously and quickly spread because of strong winds.

Government officials said last week that investigators found “serious indications” that the fires were deliberately set, saying they were started in at least 22 different locations

“The rapid spread of fire contributed significantly to the minimisation of available reaction time, which contributed to the large number of casualties,” a study by the Athens University on the causes of the fire found.

The fire started in areas which had been burned in the past, with low vegetation, and picked up speed until it reached areas which had not experienced fires recently, and which offered the fire plenty of fuel in the form of trees and houses.

The study concluded that the urban planning acted as a trap for the people who tried to escape, as there were narrow streets, numerous dead ends and an absence of areas for people to go to, such as squares and stadiums.

The attempt to escape was not organised and people panicked, which was not helped by the fact that many were visitors to the area and did not know the area well.

Due to cliffs at the coast access to the beach was not possible in many places, and limited visibility also hampered the efforts to get away from the flames.

Other efforts are also underway to help the victims of the blaze. On Wednesday, Turkish Cypriots collected basic food and medicines to be sent to Greece and the scouts of Cyprus have arranged to send school supplies such as bags, computers, pencil cases and pens to affected children before the start of the new school year.