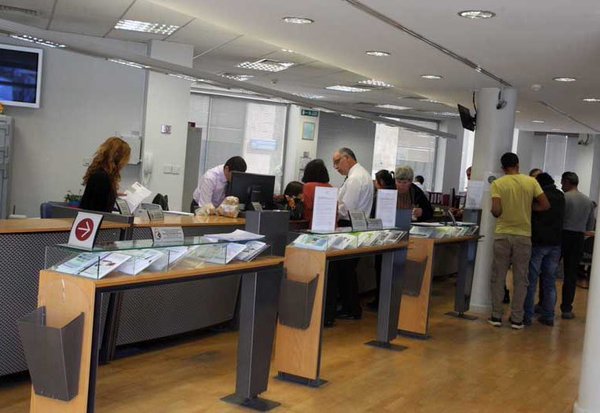 Declining net interest income has forced banks to raise charges and readjust their interest rates on deposits and loans, as rates in the euro area remain at historic low levels.

On Wednesday, new charges introduced by Bank of Cyprus came into effect aiming at encouraging the use of digital technology by making teller service and use of cheques pricier.

Bank of Cyprus’ new charges, listed in a 16 page-document on its website, show that individual customers will have pay a €2 fee to have a cheque cashed, a service which was free of charge until last month.

The cost of cashing cheques at other banks, excluding those of the Central Bank of Cyprus, remains unchanged at 0.2 per cent of the cheque’s value or a minimum of €5.

Issuing a chequebook increased by €10 to €25, cash withdrawals cost 0.1 per cent, or up to €2. Cash withdrawals for Bank of Cyprus customers at the bank’s own ATMs remain free of charge but are charged €3 when done at the ATM of another lender.

On the other hand, a Bank of Cyprus chequebook costs only €16 when ordered via its online 1bank service.

Hellenic Bank, which introduced its current commission and charges policy on March 1, charges current and trading accounts €0.15 per accounting entry and €0.30 per cash withdrawal at a branch’s counter, with a minimum and maximum charge for individuals of €2 and €7 respectively.

In the case of companies, excluding customers of the bank’s international business centres (IBC), the minimum and maximum monthly charge of €5 and €30 respectively was introduced.

Ordering a chequebook of 50 cheques cost €20 at Hellenic while that of 15 cheques costs €10.

The new charges come in response not only to the declining net interest income of the banks but also to the subsequent hit on profitability.

The ongoing reduction in net interest income adds to the challenges Cypriot banks are facing and include €20bn in non-performing loans in March, or 43 per cent of the total, contributing to cumulative losses of €708.6m in 2017 against a loss of €213.8m in 2016.

In June, Cypriot banks also adjusted the interest rates for new business better rewarding certain categories of customers at the expense of others.

For instance, the interest rate offered to households for their savings with a maturity of to one year rose by 7 basis points compared with May, to 0.95 per cent which is an all-time low, according to the Central Bank. This step was accompanied with an upwards 10 basis points adjustment of respective deposit rates of non-financial corporations at 0.75 per cent in June.