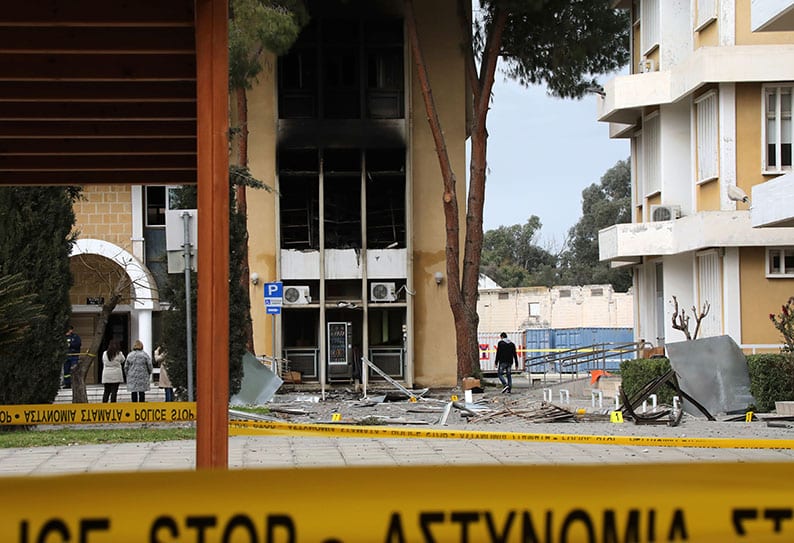 The state will appeal a criminal court decision to acquit two defendants charged with drugs trafficking offences after the evidence in the case was destroyed in a courthouse fire earlier this year, the attorney-general said Thursday.

On Wednesday, the Nicosia criminal court acquitted two men arrested last year who faced 11 charges relating to possession and trafficking of seven kilograms of cocaine and five kilograms of cannabis.

“The court ruled that the destruction of the drugs, which had been submitted by the prosecution as evidence during the trial and were in the custody of the court, deprived the defendants of the right to a fair trial,” Costas Clerides said.

The attorney-general added that the state planned to argue that under the circumstances and the timing, but also in light of the entire body of evidence and the other elements of the case, the destruction had not affected the rights of the defendants.

The AG closed the statement with criticism over the authorities’ failure to put measures in place after the blaze.

“Almost six months later, no action has taken place to guard the court buildings – especially the criminal courts – so as to afford the evidence with the necessary security and ensure the protection of the people entering.”

The police rejected the accusation, arguing that it had updated a previous study on the security levels and submitted it to the courts.

The study includes suggestions on a series of measures the courts must put in place to heighten security.

At the same time, instructions were given for a guard to be placed at the Nicosia courts and to upgrade all the security measures implemented by the police in all courthouses, the force said.

In its decision, the criminal court said presenting the evidence during the trial was impossible after the fire,  but some of the prosecution witnesses based their testimony on photographs of the exhibits.

The destruction of the evidence was a key argument used by the defence in its effort to convince the court that the defendants had been deprived of the right to a fair trial.

The court said the prosecution was not in any way responsible for the destruction of the evidence and in fact it had difficulties in presenting its case.

However, it added, the destruction resulted in establishing inequality of arms between the prosecution and the defence

“The prosecution had the exhibits in question in its possession, its expert witnesses were able to examine them scientifically, weigh them, analyse them, extract information from the mobile phones, and had the witnesses who examined them at its disposal to testify,” the court said. “On the contrary, the defence did not examine the evidence beforehand, nor was their such a capability based on the decisions of Cypriot courts.”

It went on to say that the photographs could not replace the actual evidence since the photos were taken at different stages, at different places, and do not depict the exhibits uniformly.

“Effectively, the destruction of the evidence has placed the prosecution at an advantage while on the contrary, it created a disadvantage for the defence,” the court said.