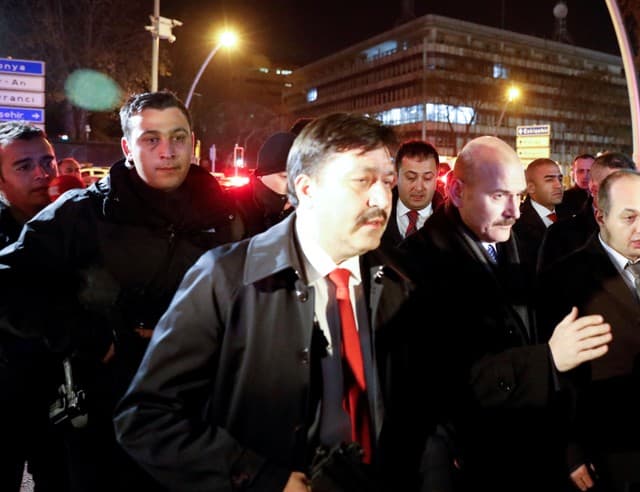 White House announced sanctions against 3 members of the Turkish government, Interior Minister Suleyman Soylu being one of them

Turkey’s lira slid to a record low beyond 5 to the dollar and stocks fell on Thursday, after the United States imposed sanctions on two of President Tayyip Erdogan’s ministers over the trial of a U.S. pastor accused of backing terrorism.

The lira first touched 5 to the dollar on Wednesday, when the White House announced sanctions against Justice Minister Abdulhamit Gul and Interior Minister Suleyman Soylu over Turkey’s detention of Andrew Brunson.

The United States has blamed both for being involved in Brunson’s arrest and detention. Brunson, an evangelical Christian pastor from North Carolina, has lived in Turkey for more than two decades. He is charged with supporting the group Ankara blames for orchestrating an attempted coup in 2016. He denies the charges, but faces up to 35 years in jail.

The currency has lost a fifth of its value this year, battered by rising inflation and concerns over the central bank’s independence in the face of repeated calls by Erdogan for lower interest rates.

Istanbul’s main share index, the BIST 100, fell 2 percent on Thursday, with banking stocks among the decliners.

Diplomatic disagreements with the United States, a NATO ally and a major trading partner, have long weighed on investor sentiment and the latest move by Washington added to the tension.

“We call on the U.S. administration to walk back from this wrong decision,” it said in a statement on Wednesday.

Relations between the United States and Turkey have plummeted over Brunson, who was in custody for 21 months in a Turkish prison until he was transferred to house arrest last week.

On Tuesday a court rejected his appeal to be released from house arrest during his trial on terrorism charges.

The NATO allies are also at odds over the Syrian war, Turkey’s plan to buy missile defences from Russia and the U.S. conviction of a Turkish state bank executive on Iran sanctions-busting charges this year.

DJ Dennis Ferrer in the house