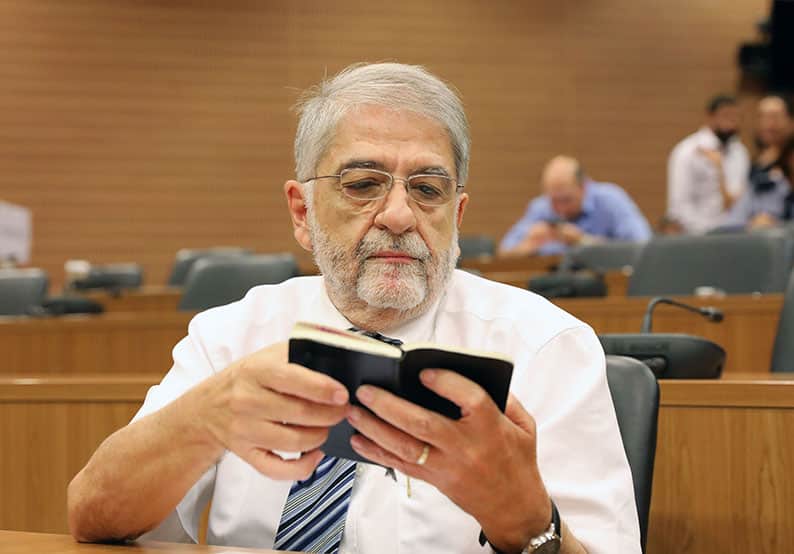 TWO former Co-op officials who testified on the first day of hearings of an investigative committee, pointed their fingers at Nicholas Hadjiyiannis, the childhood friend of Finance Minister Harris Georgiades, who allowed him to advance initially from chairman of the board to the bank’s top executive, and who they said garnered too much power.

One of them, Georgios Strovolides, who had served as non-executive board member in 2010 to October 2015 and also as chairman of the audit committee, said that he opposed to Hadjiyiannis becoming the lender’s chief executive officer (CEO) and was later fired from the board – on which he served from 2010 until October 2015, after pointing out the bank’s corporate governance gaps.

The second person who testified on Friday was the former chief executive officer of the state-owned Co-op Marios Clerides who said that he had been constantly undermined by the failed bank’s then chairman Nicholas Hadjiyiannis. He also said that the board of directors under Hadjiyiannis, who had succeeded him as CEO after his resignation in mid-2015, and the bank’s communication and strategy executive Yiannos Stavrinides –hired initially as assistant to Hadjiyiannis– had given themselves too much power.

Stavrinides had become a “super executive” acquiring “super powers” with Hadjiyiannis’s support amid rumours he had too access to the finance minister, Clerides said and added that several executives set up a committee which had unclear terms of reference.

Clerides and Strovolides were testifying at an investigative committee appointed by Attorney-general Costas Clerides to look into the causes that led to the demise of the lender, recapitalised with €1.7bn in taxpayers’ money in 2014 and 2015 and controlled by the government, owner of 99 per cent of its shareholding. The bank was compelled into agreeing to sell its healthy operations to Hellenic Bank in June after it failed to reduce its non-performing loans stock of over €7bn, making up six tenths of its total loans.

Strovolides, the first of the two to testify, said that some of the bank’s board members had behaved as “shadow” executives, got themselves involved in executive matters which in turn caused particular problems.

He also described how Hadjiyiannis, had settled down in the general manager’s office, utilised his secretary and was quick to secure a company car for himself and negotiate matters related to his remuneration.

When Clerides was appointed, Hadjiyiannis who had already encroached in the general manager’s office, continued to occupy it until another office was found for Clerides, Strovolides said adding that as a result a separate chairman’s office was established which had its own staff, which created a bad impression and was seen as provocative.

The former board member said that the Central Bank of Cyprus was aware of some members having exceeded the boundaries and he was summoned to the bank supervisor in 2015 to talk about his disagreements.

The previous Co-op chairman had no office, he said adding that he didn’t rule out that Hadjiyiannis may have been encouraged to act the way he described after sensing that he had someone’s backing.

Strovolides said that after he was fired as board member he attempted to communicate with Dionysis Dionysiou, a finance ministry official who represented the ministry at the Cyprus Cooperative Bank, without getting any response. He only got, Strovolides added, was a letter from minister Georgiades in which there was no reference to the reasons of him being fired.

He had warned in 2013 that the situation for the bank was very difficult and keeping it solvent would require “immediate changes and there was no room for anything else”.

In board meetings, Strovolides continued, one was not free to freely express his views and it was obvious that some of the members were tilting towards a certain position, while it was apparent that decisions were already taken elsewhere.

He added that his dissent was rebuffed by some persons who told that “what you are saying is nonsense” and later advanced to higher positions, all persons appointed after 2013.

Strovolides said that internal audit in then Cyprus’s second largest bank which emerged from the merger of initially over 98 independent cooperative saving banks and subsequently 18, was practically non-existent, and if so staffed with unqualified persons which reduced its effectiveness. Bank officials often intervened to either prevent internal auditors from working or assign them other duties.

Clerides who testified right after Strovolides, said that he had explained in his resignation letter that, unlike to what was noted in the minutes, he had not stepped down as chief executive for personal reasons and while he was expecting that someone would contact him to find out more, he only got a letter from the finance minister, thanking him for his service.

He added that only six months after joining the bank, he began sensing that Hadjiyiannis, then chairman of the board, started to constantly undermine him.

Hadjiyiannis was the only chairman of a bank participating in the 2014 asset quality review, to accompany the management to Frankfurt.

After his resignation, Clerides said he was summoned by the Central Bank of Cyprus, but not governor Chrystalla Georghadji, and the Single Supervisory Mechanism (SSM), the European Central Bank’s supervisory branch, and told officials in Frankfurt that there was trepidation among Co-op directors to speak up for fear they would be undermined, and he explained the reasons of his resignation.

Clerides also said that while he had proposed that the Co-op should be converted into a bank practicing ethical banking, which would have been in line with its history and its role in society, he discovered shortly before his resignation that someone had proposed that the bank should start extending large corporate loans, an area in which the Co-op lacked knowhow.

When the Co-op had to hire a new human resource manager, Hadjiyiannis got involved helping a (young) woman who had previously held that position at clothing retailer Marks & Spencer and was rumoured to have friendly relations with his successor at the helm of the bank.

In reference to Stavrinides, the bank’s communications and strategy manager, Clerides said that while not a member of the board, was daily there without reporting to the general manager.

Clerides admitted that he made a mistake to tell Bloomberg in an interview that if the parliament passed the law to protect primary homes, this could cause problems to the Co-op, which ultimately led to a monthly loss of €200m in deposits. The outflow only stopped after the results of the 2014 stress tests were published, he added.

The bank, its former chief executive added, was facing in a dilemma given that without foreclosing it would run into problems, while on the other, it was a state-owned bank with a social role to play and had to handle the matter. An initial strategy to tackle the bank’s non-performing loans approved provided that borrowers should first be given the chance to sell their homes themselves.

The initial modernisation of the foreclosure law four years ago, while it didn’t prevent foreclosures, it sent the message that homes with a value below €350m were not at risk, which combined with the political climate at the time, and the judicial system known for dragging its feet, prevented the Co-op from tackling the problem.

Clerides said that certain provisions in the bank’s restructuring plan, agreed with the troika of Cyprus’s international creditors, i.e. the International Monetary Fund (IMF), the European Commission and the ECB, were punitive as they provided for the closure of smaller branches in villages which did not bring any benefit.

Lastly, he said that while he objected to the structure proposed by the IMF and had sent a proposal to the board for certain amendments, he subsequently saw in the minutes that the IMF’s proposals had been accepted, and he therefore declined to sign them.

Duterte says may deploy warship to save Filipino captives in Libya