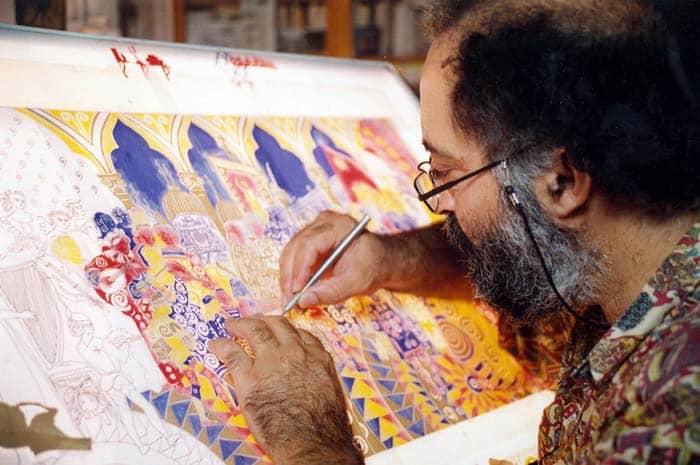 The interior ministry on Friday announced that it had found a solution accepted by all parties to end the blockage of the access road to the Hambis printmaking school in Platanistia village in Limassol and resolve the land dispute once and for all.

In a written statement, the ministry said that it had achieved “a jointly accepted arrangement” which ensures the permanent uninterrupted operation of the school and museum of Hambis Tsangaris, but also the rights of the affected displaced persons, “in a way that excludes once and for all possible future dispute within the community.”

It said that the interior minister had, from the first moment, given instructions to resolve the matter but that some time was needed for an on-site visit and for consultations with all stakeholders.

“The interior ministry was, and remains a supporter of cultural activities in our country and will always operate consensually driven by the best interest of all citizens,” it said.

No further information was given as to the arrangements.

Tsangaris, who had announced last week he was closing down his printmaking school after access to it had been blocked by the community leader of Platanistia, welcomed the decision.

“This is perfect! Unhindered access to the school is what we have been after,” he told the Cyprus Mail.

The artist announced last week that his engraving school that also includes a museum would close because the road leading to it had been blocked off by the community leader of Platanistia, who claimed that it was part of a plot belonging to his son.

The paved road, he said, was constructed in 1997 by the Limassol district administration, on the suggestion of the then community leader, to facilitate access to the school but was also used by many others.

A house on another part of the plot adjacent to the school was used by other tenants, but after the previous tenants left, the new community leader, Tsangaris said, had arranged for the plot to be given to his son to live in. According to Tsangaris, he also blocked access to the school, claiming that the path in question is within his son’s plot.

After access to the school – that offers free printmaking courses in memory of Tsangaris’ teacher, the renowned Greek engraver A. Tassos – had been closed, he suspended its operations until the road is opened again.

US hits Russian bank with sanctions for North Korea-related activity