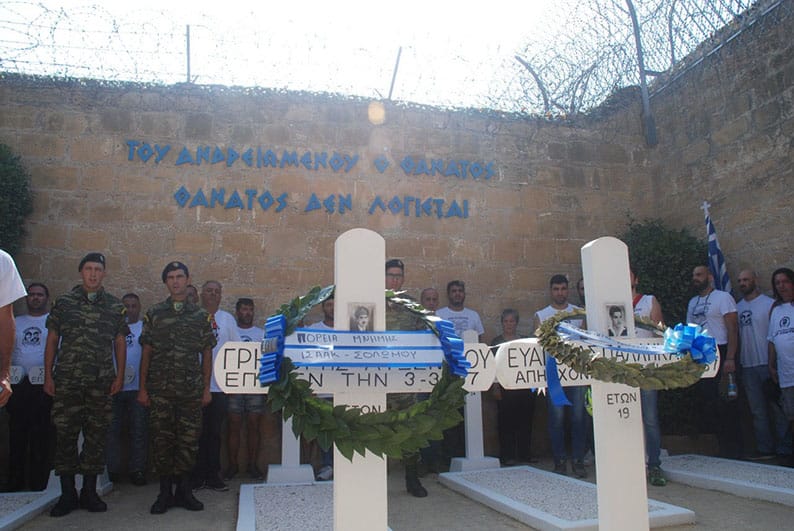 The 22nd anniversary for the death of Greek Cypriots Tassos Isaak and his cousin Solomos Solomou was marked on Sunday with events, and a church service in Paralimni.

Both men, in their early twenties, died the same week in August 1996 on the buffer zone in Dherynia. Isaak was beaten to death within the buffer zone during an anti-occupation demonstration organised by bikers. Some of his attackers wore police uniforms.

Three days later after his funeral, during a second demonstration at the same spot, Solomou was shot in the neck by a then Turkish Cypriot ‘government minister’ from a balcony after e climbed a flagpole to remove a Turkish flag.

The annual memorial is attended by bikers, who usually set off three days earlier and ride to Paralimni from Paphos. This year, some 1,200 bikers took part in the last leg of the route on Sunday morning, reports said.

According to representative of the initiative, Andreas Pettemerides, by driving along the buffer zone, they want to declare that “freedom, one of the most basic human rights, stops at the crossings.”

The group said that the event was not political.