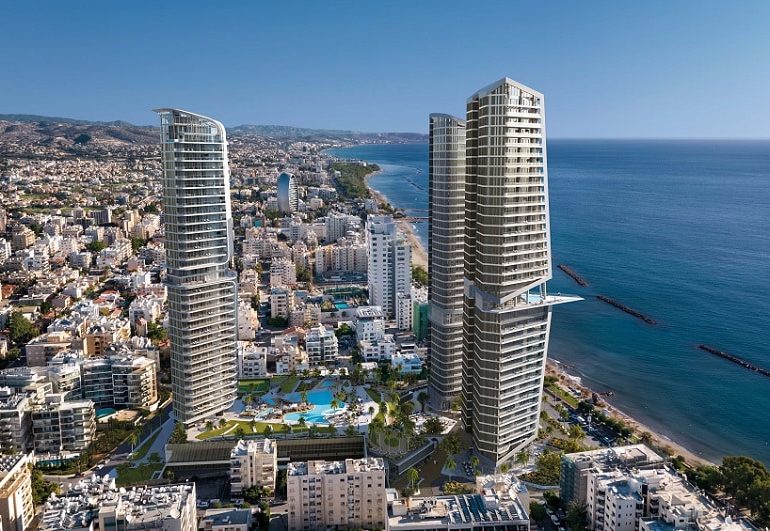 Eight years after Cyprus’ last construction bubble burst, the rate at which properties and projects are springing up across the country are quickly changing the industry which was stagnant for so many years.

In Limassol, high-rise after high-rise buildings are popping up with dozens more in the pipeline. The city is also gearing up for the first integrated casino resort set to open in 2021.

“There is a need for people in the workforce,” he said.

“For a lot of the tall towers and the casino, works haven’t started yet. There is a lot of development coming in the future.”

According to the interior ministry, the government issued building permits for 25 high-rise buildings in the first three months of the year and 60 more are pending, most of them in Limassol.

Markides said when construction begins for the dozens of tall buildings, then the gap in the market will really start to become obvious.

At the moment, demand is high particularly for certain levels of expertise as many of the projects underway are new to the island and the local workforce.

For instance, Markides said formwork workers and iron smiths in particular, are in demand for the initial construction phase when the building ‘skeleton’ is being constructed.

“There are many from Greece here carrying out this work. In Cyprus, they don’t have the expertise and experience to do that.”

Because the brunt of the construction work has yet to begin, a full picture has yet to emerge.

Athanasiou developers and Askanis Group, both told the Sunday Mail they had no issue with a shortage of supply of construction workers. Cybarco, which has taken on the casino project did not wish to comment.

Zavos, Garpozis and Evangelou & Frantzis were not immediately available for comment.

Pandelis Leptos, who heads the Cyprus land and building developers association and is the director of real estate company Leptos Group, told the Sunday Mail that at the moment, the workers in Cyprus were enough to match the demand.

Many of those who worked in construction lost their jobs either after the end of the building boom in 2010-11 or after the full-blown 2013 financial crisis hit the island.

“Those people such as a specialised iron worker couldn’t work somewhere else. They couldn’t be a waiter for instance,” Leptos said.

Now that there is growth however, many of those who were left unemployed will be able to find work with a whole host of jobs opening up.

Additionally, many of those who were left without a job went abroad in a bid to find work. Countries such as Saudi Arabia, Bahrain and Emirates were particularly attractive. Now that the local market is expanding, many of these workers will opt to come back to their home country, Leptos estimates.

“I myself hired Cypriots who were in the Emirates.”

Asked whether there would be a need to bring in non-Cypriot workers from abroad, his assessment was that this might happen but was not the case right now.

“We might need more but the EU market is open if we need it.”

For Dynacon construction company operating out of Limassol however, the situation is pretty dire for finding skilled workers.

In the space of the past six months, many workers have demanded an increase in their salary to the tune of about 10 to 15 per cent.

“The growth in Limassol happened very quickly,” and started about a year ago.

There’s a whole host of projects, offices, and flats that are being constructed and it isbecoming more common for construction workers to demand higher salaries.

“There’s a shortage of staff in all specialties. From iron smiths, formwork workers, builders, electricians.”

Figures showing registered unemployed construction workers are decreasing by the month. In the beginning of 2018, 2,376 workers were registered as unemployed in the industry.

According to Christofides, the shortage of staff is a result of fewer young people joining the industry, former workers having retired but also several former construction workers nowreceive GMI (guaranteed minimum income) and want the money paid to them in cash under the table so they can continue to receive their benefits.

The company doesn’t want to do anything off the books and therefore is struggling even more. At the moment, they are trying to get current employees to work more hours where they can or to purchase services from other companies.

Asked if the possibility of hiring foreign workers was in the air, Christofides said it’s a difficult feat as there are expenses which need to be considered but also the language.

There are already employees from Greece but they weren’t headhunted and brought to the island. They came of their own accord looking for work and were hired. This meant the employer’s responsibility for helping workers find accommodation and cover those expenses is not – at the moment at least – an issue. Accommodation costs for workers are a serious issue for Limassol where rents are so high.

Other EU-workers that were in Cyprus and worked in construction were largely here because they too came to the island looking for work independently and so had their own expenses covered.

Many of them left after the crisis however, Christofides said.

Markides cited an example where a company owner wanted a specialised mechanic from Greece because he couldn’t find one in Cyprus.

“He had to bring the mechanic with his family but it was very difficult to find them an affordable place for rent.”

Of course, the company owner paid the rent expenses.

Smaller companies will also struggle to afford such expenses, particularly if their projects are not on a large scale.

On the other hand, Leptos believes that there are many apartments available across the country – particularly in Paphos, Larnaca and Nicosia that can be utilised.

The workers could commute, or if the companies wanted them based in Limassol, they wouldn’t be on the coast where rent prices are soaring, but further out of town.

“They would take the cost into account for their expenses.”

Nonetheless, according to Markides, gaps in the market he says exist will become far more obvious in about two years’ time when construction really gets going.

“The government needs to prepare a national strategy over this. We can’t wait until the last minute again.”