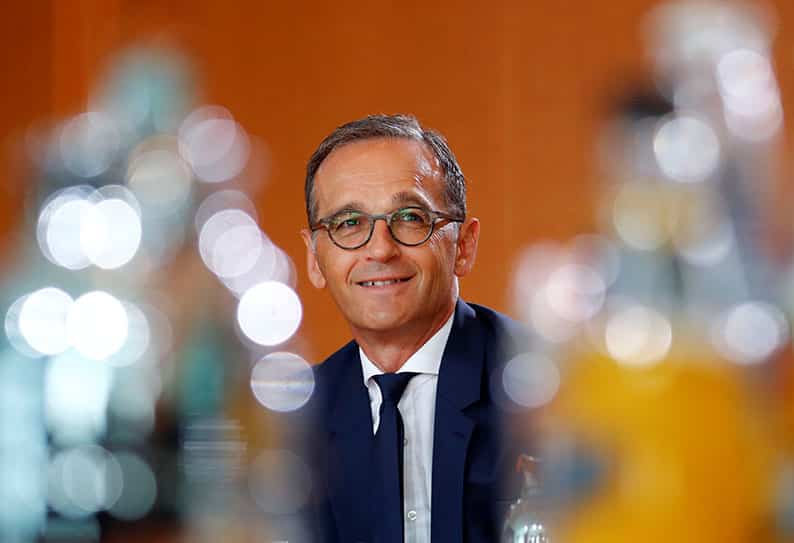 A European Union measure to protect European companies from damage done by US sanctions on Iran will take effect on Tuesday, the same day as sanctions are reintroduced, the German foreign minister said on Monday.

US President Donald Trump decided on May 8 to revive Iran-related sanctions, including sanctions aimed at Iran’s oil sector and transactions with its central bank.

The EU wants to salvage the Iran nuclear deal, which provides the Islamic Republic relief from economic sanctions in exchange for curbs on its nuclear programme. Europe sees the deal as an important element of international security.

“The lifting of nuclear-related sanctions is an essential part of the deal,” German Foreign Minister Heiko Maas said in a joint statement with the French and British foreign ministers.

Maas said Germany, France and Britain deeply regretted the re-imposition of sanctions by the US and the three countries were determined to protect European companies engaged in business with Iran using an updated version of the EU’s so-called Blocking Statute.

By updating the 1996 regulation – which bans any EU company from complying with US sanctions and does not recognise any court rulings that enforce American penalties – the EU will protect European firms, the ministry said.

The German Economy Ministry said the German government would continue to offer export and investment guarantees for firms doing business with Iran, adding Berlin remained in dialogue with the US on exemptions for German companies.

The update of the regulation will most likely “come into effect on 7th August, coinciding with the reintroduction of the first US secondary sanctions,” the ministry told Reuters.

WARNING TO THE US

The blocking regulation has never been used and is seen by European governments more as a political weapon than a regulation because its rules are vague and difficult to enforce, serving mainly as a warning to the United States.

The regulation does not provide for any legal claim for damages by companies against the EU or EU member states if they are to be affected by the US sanctions, the ministry said.

But the claim would be directed against the “initiator” of the damage, meaning the US in Iran case, it added.

The German Chamber of Commerce and Industry (DIHK) said the announcement of US sanctions against Iran was already reflected in current German export figures.

“Many companies are on the retreat in the face of US sanctions against Iran,” DIHK head Martin Wansleben said, adding that although business with Iran was still legal under EU law, new and ongoing banking transactions was no longer working.

German exports to Iran fell by 4 percent in the first five months of 2018 after rising by 16 percent last year, he said.

Dieter Kempf, head of Germany’s BDI industry body, said: “In order to create incentives to continue the agreement, payment transactions with Iran must be maintained in the first place.”

Juergen Hardt, foreign policy spokesman for Chancellor Angela Merkel’s conservatives said although Iran’s role in the region was problematic, reintroducing sanctions sent the wrong signal and would escalate tensions in the region.

“Preventing German companies that don’t abide by US sanctions from doing business with the US contradicts international law and is not how you treat friends,” Hardt said.