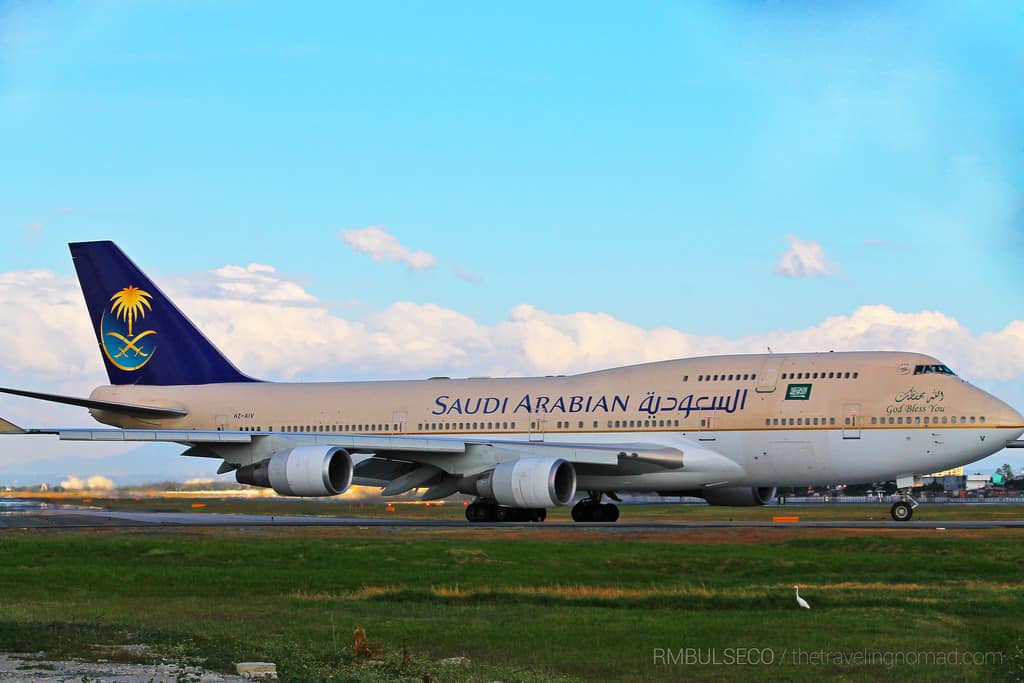 Saudi state airline Saudia said in a post on its official Twitter account that it was suspending flights to and from Toronto, the latest in a series of measures the kingdom announced on Monday in its diplomatic row with Canada.

The kingdom froze new trade and investment with Canada on Sunday after Ottawa urged Riyadh to free arrested rights activists. It also recalled its ambassador and gave the Canadian ambassador 24 hours to leave the country.

Ottawa however on Monday refused to back down in its defense of human rights.

In her first public response to Saudi Arabia’s actions, Foreign Minister Chrystia Freeland said, “Let me be very clear … Canada will always stand up for human rights in Canada and around the world, and women’s rights are human rights.”

Riyadh on Sunday recalled its ambassador from Canada and gave the Canadian ambassador 24 hours to leave. The Saudi government also banned new trade with Canada, although it was unclear if it would affect existing annual Saudi-Canadian trade of nearly $4 billion and a $13 billion defense contract.

The moves were a stern rebuke to Canada after the country on Friday expressed concern over the arrests of activists in Saudi Arabia, including prominent women’s rights campaigner Samar Badawi, and called for their release.

Riyadh said that amounted to “a blatant interference in the Kingdom’s domestic affairs, against basic international norms and all international protocols.” Saudi Arabia’s sudden sharp response to criticism shows the limits of reforms by Saudi Arabia’s 32-year-old Crown Prince Mohammed bin Salman, who runs its day-to-day government. He has launched a campaign of social and economic change, but has not eased the absolute monarchy’s total ban on political activism.

In recent months Saudi Arabia has lifted a ban on women driving, but it has also arrested activists, including more than a dozen high profile campaigners for women’s rights.

On Monday, Saudi Foreign Minister Adel al-Jubeir again criticised Canada’s calls to free arrested civil society activists as a position built on “misleading” information. The moves, carried on the official Saudi Press Agency caught diplomats in Riyadh off guard. Both the Saudi and Canadian ambassadors were away on leave when it was made.

The kingdom will suspend educational exchange programmes with Canada and move Saudi scholarship recipients to other countries, Saudi-owned Al Arabiya reported on Monday. Neighbours and allies Bahrain and the United Arab Emirates said they stood with Riyadh, although they did not announce similar measures.

Gulf Cooperation Council (GCC), a loose association of the six Gulf Arab countries, Arab League and Palestine also supported Saudi policy. But Qatar, which is locked in a diplomatic rift with Saudi Arabia and other neighbours for over a year, said on its foreign ministry’s official Twitter account that the GCC secretary general’s statement did not represent its view of the situation

Crown Prince Mohammed, as heir to the throne, is in line to become the first Saudi king from a new generation after a succession of six brothers dating to 1953. He has ambitions to diversify the economy from oil exports and ease some social restrictions. But his reforms include no changes that would liberalise a political system that allows no public dissent.

Amnesty International said the response to Canada showed that it was important Western countries not be intimidated into silence over Riyadh’s treatment of dissenters.

“Instead of pursuing human rights reform, the government of Saudi Arabia has chosen to lash out with punitive measures in the face of criticism. States with significant influence in Saudi Arabia – such as the USA, UK and France – have now remained silent for far too long,” said Samah Hadid, Amnesty International’s Middle East Director of Campaigns.

Riyadh has a record of responding robustly to Western criticism under Mohammed bin Salman.

In May, German magazine Der Spiegel reported that the crown prince had suspended new government contracts to German firms. Riyadh had earlier recalled its ambassador from Germany for consultations over comments the German foreign minister made about a political crisis in Lebanon. It also recalled its ambassador from Stockholm and stopped issuing business visas to Swedes in 2015 following criticism of its human rights record.

“Saudi Arabia is shooting itself in the foot. If you want to open up your country to the world, you don’t start expelling ambassadors and freezing trade with countries such as Canada,” said Joost Hiltermann, regional programme director for the International Crisis Group.

“They want to impose and carefully control reforms, because they are deadly afraid of bottom-up change, for example via women activists. But this gets them in trouble with their Western partners.”

Saudi-Canadian trade consists largely of Saudi exports of petrochemicals, plastics and other products. In 2014, the Canadian unit of U.S. weapons maker General Dynamics Corp won a contract worth up to $13 billion to build light-armoured vehicles for Saudi Arabia, in what Ottawa said was the largest advanced manufacturing export win in Canadian history. ($1 = 3.7503 riyals)

Focus trial back on track after ruling on evidence