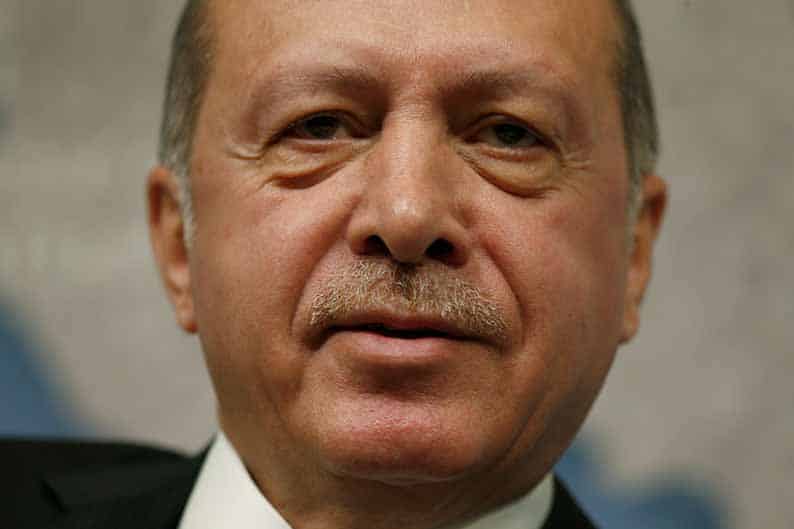 Tayyip Erdogan: 'We will triple our efforts to get maximum benefit from the hydrocarbon reserves in the sea'

Turkish president Tayyip Erdogan has reiterated that his nation will protect its ‘rights’ in the Mediterranean sea, announcing plans to purchase a second drillship for hydrocarbons exploration.

According to Turkish and Turkish Cypriot media, Erdogan said Turkey will start conducting deepwater and shallow sea drilling in the Mediterranean, stressing that Ankara will show its determination to protect Turkish rights in the region.

He was quoted as saying: “Some people come to us and talk. They are asking what Turkey is doing…Turkey knows what she is doing. Turkey will buy its second drilling vessel for explorations.

“We will triple our efforts to get maximum benefit from the hydrocarbon reserves in the sea.”

Erdogan made the remarks on Friday during the unveiling of his new government’s action plan for its first 100 days.

Among a host of major infrastructure and energy projects, it listed the following:

“A second sea drilling vessel will be bought for hydrocarbons exploration activities in the seas.”

“Taking into consideration that Turkey’s efforts on the national cause in Cyprus have been proved until today fruitless due to the Greek Cypriots’ stance, a different process will be tried. The Secretary General of the UN will be informed regarding the realities on the island and the efforts to convince him will be continued.”

Turkey has already acquired one drillship, the Deepsea Metro 2, since renamed to ‘Fatih’ (Conqueror). The vessel is currently anchored off Antalya on the southern coast of Turkey.

Erdogan’s remarks come at a time when Cyprus is planning a new round of natural gas exploration.

Block 10 is not contested by Turkey.

In February, Turkish warships, on the pretext of conducting military drills in international waters off Cyprus, interdicted a drillship while it was en route to a site in block 3. The drillship withdrew after a two-week standoff.

Ankara, which does not recognise the Republic of Cyprus, says Greek Cypriots cannot ‘unilaterally’ exploit hydrocarbon reserves unless and until a comprehensive peace deal is signed on the island.

In late July, the Turkish foreign ministry put foreign diplomats in Cyprus on notice, following comments by Israeli and Egyptian ambassadors during an event in Nicosia.

Turkish foreign ministry spokesperson Hami Aksoy recommended to the foreign diplomats – which he did not name – “that they do not exceed their authority.”

It’s understood he was referring to the Egyptian and Israeli ambassadors to Cyprus, who had made remarks during a Greek Cypriot Diaspora event held in Nicosia between July 25 and 27.

Israeli ambassador Sammy Ravel was quoted as saying he hoped “military force would not be necessary against Turkish provocations.”

For his part, Egyptian ambassador Mai Taha Mohammed Khalil had said: “We hope we don’t reach the point where we will have to use the military in the area,” while adding “we will provide any possible assistance to Cyprus.”

Backlash over ‘sexist’ and ‘body-shaming’ carnival ad (with video)

MPs will pass a law regulating parliament’s own audit mechanisms