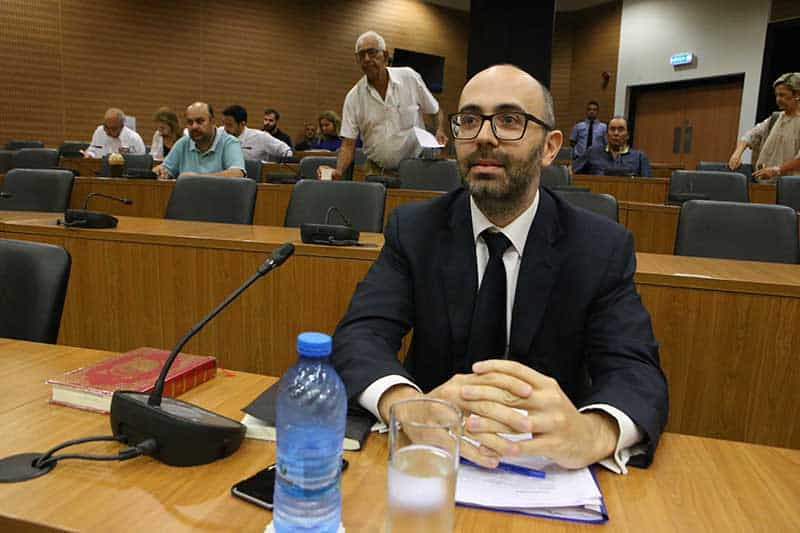 Former Co-op board member Adonis Pegasiou on Tuesday told an investigative committee that the bank’s decision to enter an agreement with Spain’s Altamira was taken “at gunpoint”.

“The position of the management was that we should go ahead immediately with direct negotiations with Altamira because of the tight time margins that existed,” he said. He added it was an example of bad governance to decide on important issues “at gunpoint”.

Pegasiou, the second witness to testify at the committee probing the collapse of the Cyprus Co-operative Bank on Tuesday, said he disagreed with the proposal to quickly enter direct negotiations with Altamira to set up a non-performing loans management platform, tabled at a board meeting on December 28, 2016, and based on a study prepared by Blackrock.

The appointment of the bank’s chairman as chief executive officer (CEO) distorted governance, he said.

He also said that he disagreed with the bank’s decision to restructure the loan of an elected official, a matter that the supervisory authorities were aware of, he said, and disputed the “business rational” of the restructuring.

The state-owned bank, the former board member continued, could not restructure loans of elected state officials. He agreed to disclose the name of the official in writing when asked to do so by the committee.

Pegasiou, who largely confirmed the version of events described on Monday by former chairman Christakis Taoushanis with respect to the deal with Altamira, said the arguments supporting the management’s proposal to enter talks with Altamira was that it would offer the Co-op a first movement advantage rendering it market leader.

Taoushanis said on Monday that the bank had failed to explore alternatives to Altamira, whereas Hellenic Bank had entered talks with 40 parties.

While Pegasiou initially accepted this argument, when Hellenic Bank announced days later its agreement with the Prague-based APS Holdings to set up a similar platform to manage Hellenic’s bad loans, the situation had changed and he asked the board in a letter on January 19, 2017 to reconsider the initial decision, he said.

That letter in which he proposed the preparation of an alternative plan, including cooperating with the Hellenic-APS joint venture in case of failure in the negotiations with Altamira sparked “unprecedented criticism, negativity and derogatory behaviour,” which he had to face at a board meeting 13 days later, he continued. A non-binding agreement with Altamira signed in June or July 2016 gave the Spanish company an advantage via access to the Co-op’s data.

Those who objected to the Altamira deal, i.e. himself, Taoushanis and Susanna Poyiadji who testified earlier on Tuesday, got the worst evaluation, Pegasiou said adding that Nicholas Hadjiyiannis, the bank’s CEO, was in favour.

When in early May last year he was asked by representatives of the European Central Bank (ECB) and the Central Bank of Cyprus about the reasons the Co-op went ahead with Altamira in a non-transparent procedure he invoked the tight time margins in order not to expose internal disagreements, Pegasiou continued. Supervisory authorities also criticised selection of managers following the merger of the 18 independent saving banks administered by the former Central Cooperative Bank, to form the Cyprus Cooperative Bank last year, on the grounds that those persons did not fulfil requirements.

Lastly, Thanasis Stavrou, also a former independent board member who served from 2013 to 2015 and chairman of the risk management committee, said he had resigned for personal reasons.

“There was lack of action and appetite for important changes,” which could increase the bank’s value ahead of its initially intended privatisation, while the Co-op lacked experienced people to implement a restructuring plan, Stavrou said.