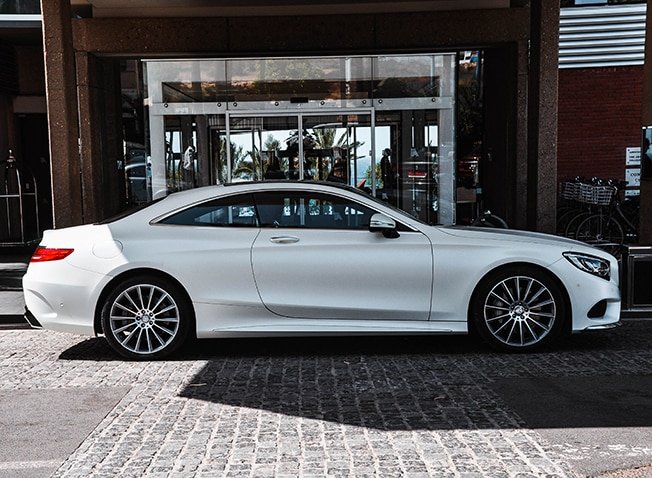 Driving the S500 left very little desire to ever drive anything else. This is one of the best looking cars money can buy; sweeping and elegant yet intimidating in its stance and size

I briefly considered reviewing a sensible and economical consumer car in my first article for the Cyprus Mail – something like the new Ford Fiesta.

This thought lasted approximately 10 seconds, before I promptly arrived at the conclusion that it was a better idea to accept the invitation from a friend to drive his €189,000 Mercedes instead.

The S coupe – a two-door version of the all-conquering S class (formerly the CL or SEC), is a luxurious grand tourer designed to compete with offerings from Bentley and Aston Martin. Sure enough, without delving too deeply into things, two days driving the S500 left me with very little desire to ever drive anything else, let alone my 73hp Skoda. It is no wonder that the S class model range enjoys a huge number of repeat customers.

I personally think this is one of the best-looking cars money can buy; sweeping and elegant yet intimidating in its stance and size. While beautiful, the S coupe doesn’t broadcast your many successes to passers-by in the outlandish way that, say, a Bentley or Aston Martin does.

Rather, its sleek, clean lines and 47 Swarovski headlight crystals serve as a gentle declaration of superiority. For in a model that was first to introduce the seatbelt, ABS, cruise control and many other now common features – you drive the S class in the knowledge that you are driving something that, at the time of its release, was the most advanced car on the planet.

A window into the future of motoring, if you will. It must be said, however, that the car is quite spec-dependent. I have seen versions on the road that you wouldn’t give a second look to – which is perfect if your intention is stealth wealth.

The example I drove adorns the stunning Designo Cashmere White paint along with the 10-spoke AMG wheels, a combination that is not available on any lesser Mercedes model and hence really helps it to stand out from the crowd.

Saying that, there is no confusion as to this car’s opulence once you step inside. You’re instantly greeted by lush, finely stitched leather and a steering wheel that lets you know you’re about to operate something a cut above the rest. When you close the door, a little brushed aluminum arm kindly hands you your seatbelt – because reaching behind your shoulder isn’t something that any S class owner should ever have to do.

The machine-cut metal Burmester speaker covers are a joy to behold for both front and rear passengers. They sound the part, too – comfortably handling heavy basslines while offering the clarity and power you would expect of a premium German system.

On the topic of sound, I believe this to be the best insulated and most aerodynamic car I have ever driven. Driving at highway speeds with the windows closed, you hear next to nothing. It is surreal, and potentially dangerous. Mix this in with the tidal wave of torque on offer and super smooth ride and it’s very easy to unknowingly end up well beyond our 100km/h speed limit. I would recommend the use of cruise control to anyone who doesn’t fancy a hefty fine or even a court case.

The Info-tainment system is comprehensive in its offerings and fairly easy to use, although it will be the first feature to begin to feel dated as the new generation of even higher tech units hit the road.

The seats are uber-comfortable and offer an enormous range of motion to ensure a perfect fit for any driver, while the side backrests close in on you through corners to help you stay planted while driving.

My only criticism is that the ventilated seats, while nice, don’t seem powerful enough. In the heat of our Cypriot summer, I still find myself getting out the car with a sweaty back sometimes. I know, I know, it’s my genes.

A click of the ‘Start-stop’ button fires it into life, are you are instantly made aware that this is not your average S350 diesel. While this is essentially – and it feels weird saying this – the bottom of the range engine for the coupe (only S500, S63 and S65 offered), there is nothing lacking about the way it sounds or goes. The S500 boasts a 4.7 litre twin turbo V8 that makes a healthy 449hp – not quite on par with the S65’s range topping 630hp, but more than enough for use in Cyprus.

Unless you are very skilled driver, you’re not going to be able to use all of that on our speed-hump littered roads. Under full throttle, it will unstick the tires in third gear – I don’t need to say much more than that. Adequate would be a criminal understatement.

Sound-wise, while it may not burble and crackle quite as much as its AMG siblings, the S500 has a special valve-controlled exhaust that makes sure it is heard whenever you flex your right foot. The steering is a tad vague, but that is what you would expect of what is essentially a grand tourer. I have driven the S63 coupe, and for on road use I prefer the setup in the 500. It is perfectly weighted.

Onto some of its issues. First and foremost, like most expensive German cars, the S class coupe’s second hand value can really hurt first-time buyers. I calculated one high mileage model in the UK to have lost €107 in value PER DAY over three years since original purchase.

Since its release in 2015, some models have lost 50 per cent of their sticker price value. This makes them a great import deal and we have seen a lot of people importing cars to Cyprus from the UK as of late, but the huge excise tax owed by the big V8s in the S coupe range has ensured it is still a rare car on Cypriot roads.
The 500 pays around €9,000 euros, whereas the S65 pays an astonishing €42,000.

Secondly, the gearbox – a quick changing 7-speed automatic, can sometimes act up under full throttle. It regularly short shifts out of second gear for no apparent reason, which can be frustrating if you’re really trying to explore the abilities of the car. For the 2018 model year, Mercedes have updated the engines in the S coupe line, renaming the S500 the S560. It is pretty much the same car, but gets a few updates like wireless charging and a new 4.0 litre V8 that is not only more economical than its predecessor, but more powerful too.

Nevertheless, the tax laws here in Cyprus have made it much less affordable than it is in other countries. As an example, a new S65 AMG coupe will set you pack £189,000 in the UK. This translates to around €212,000 at today’s rates.

The S coupe, then, is an extremely impressive piece of kit reserved for the CEO’s and directors among us. It is well-styled, beautifully put together, fantastically comfortable and, when you need it to be, absurdly fast.

If you are comfortable enough financially to turn a blind eye to the depreciation, I would fully recommend ownership. Just be warned, you won’t want to drive anything else. 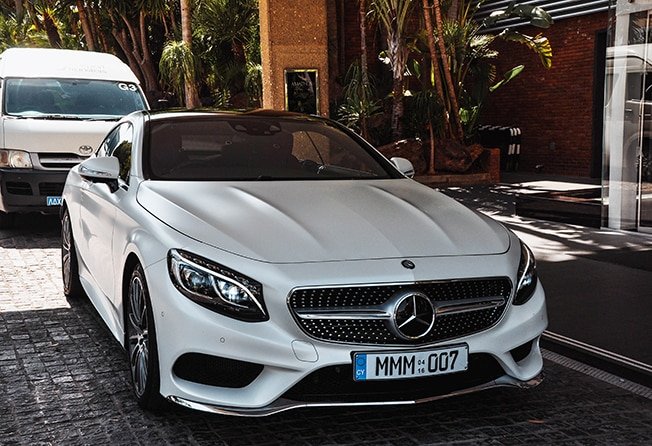 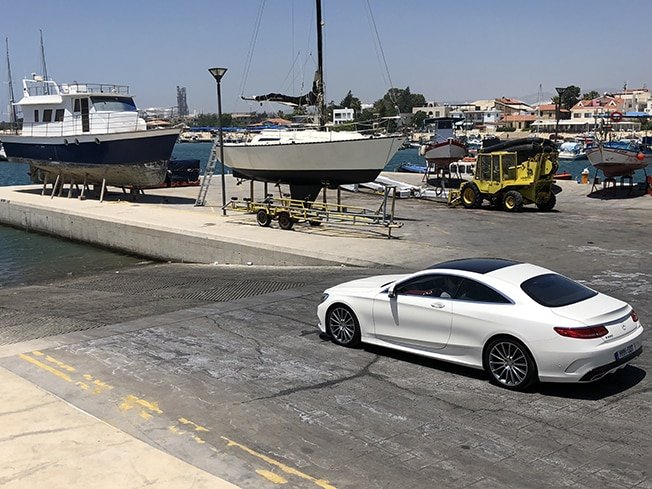 Woman found dead off Dhekelia beach appears to have drowned

Back to School gift certificates from Alphamega for Famous Sports

Positive first round for Tziortzis in Nascar Whelen Euro Series

Hybrids – what you need to know