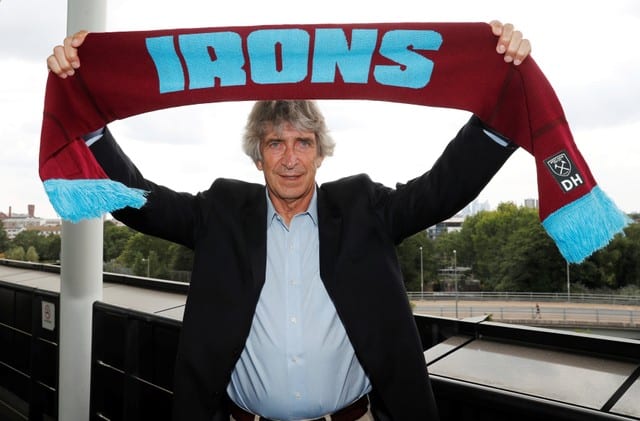 With Manuel Pellegrini at the helm and around 100 million pounds worth of new signings arriving in the transfer window, the season cannot start soon enough for the Hammers

Optimism is sweeping through London’s eastern approaches that West Ham United are ready to emerge from the maelstrom of the past two seasons and start punching their weight.

With Manuel Pellegrini at the helm and around 100 million pounds ($129.33 million) worth of new signings arriving in the transfer window, the season cannot start soon enough for the Hammers.

Two years ago, West Ham moved out of their historic Upton Park home and into the cavernous former London Olympic Stadium in what many described as the ‘deal of the century’.

Owners David Sullivan and David Gold predicted the club would be challenging for Champions League football with big-name players ready to join the West Ham revolution.

What actually happened was two consecutive relegation battles, hostility in the stands and manager Slaven Bilic losing his job last November to be replaced by David Moyes who was also shown the door after guiding the club to safety.

In March, during a home league game against Burnley, a few West Ham fans stormed the pitch in protest, one planting a corner flag in the centre circle while others vented their fury at those sitting in the directors box.

Opposition fans took delight in singing “you’ve sold you’re soul” whenever visiting the London Stadium and few West Ham supporters could argue that they did not have a case.

The fact that West Ham acquired tenancy of a stadium costing around 500 million pounds and part-funded by the British taxpayer for an almost unbelievable 2.5 million pounds a year hardly endeared the club to neutrals, especially fans of other London clubs.

From that darkest of days against Burnley, West Ham have rebounded and the hiring of Pellegrini, who led Manchester City to the Premier League title in 2014, combined with some exciting signings means a top-half finish should be the minimum target.

The re-building began with French defender Issa Diop joining from Toulouse and continued with Ukraine winger Andriy Yarmolenko being signed from Borussia Dortmund.

Arguably the best signing, however, was that of Jack Wilshere from Arsenal on a free transfer. If he can stay fit, and that is a big if, the playmaker has the potential to become an instant hero with Irons fans.

Pellegrini has clearly been backed by the owners and says there might still be more signings.

“It depends which players will not continue in the club and also on the options we have to replace them,” the Chilean said.

“So the sporting director and myself as manager have to work very hard to be absolutely sure that we have the squad that we need for the Premier League.”

Of course there have been plenty of false dawns before at West Ham and with their opening game away to Liverpool there might be an early reality check in store.

But it would be a surprise to find the big-spending Hammers stuck at the wrong end of the table again.