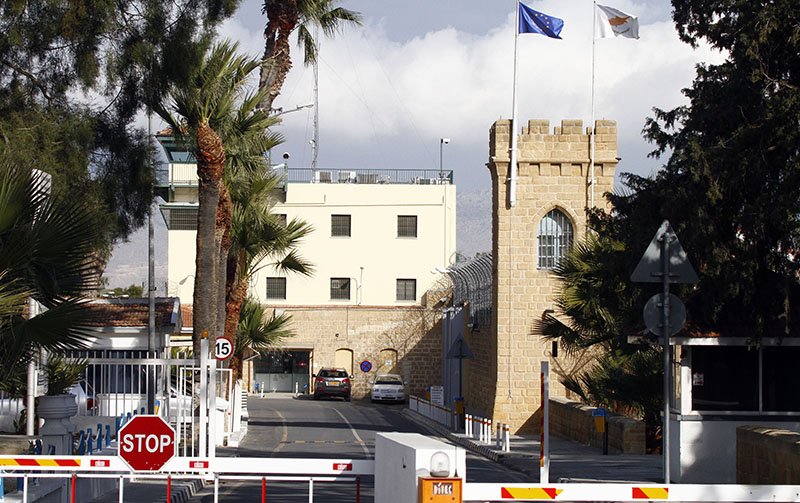 A study is underway for the expansion of the central prisons with the aim of gradually abandoning outdated infrastructure, Justice Minister Ionas Nicoalou said on Tuesday.

The minister told the Cyprus News Agency that as plans for the construction of a new prison in Marki, a village in the Nicosia district, have been abandoned due to the high cost, the second-best option was to gradually expand the existing premises through the creation of new wings with modern amenities.

This, he said, is being done in tandem with new wings that have been constructed recently. Another wing will be completed soon, he said.

Consultations are underway will all competent services, he said, to decide how to best go about it based on existing needs.

“That way there will be gradual decongestion of the prisons and projects will be carried out, according to the needs that will arise,” Nicolaou said.

The central prisons were built in 1894 during the British rule of the island. According to a report by a Council of Europe body, Cypriot prisons record the third highest levels of overcrowding among the 47 member states of the CoE, housing 127 inmates for every 100 available places.

According to the Council of Europe Annual Penal Statistics (SPACE) for 2016, Cyprus had 668 inmates, while total prison capacity could not exceed 528. There are 78.7 prisoners for every 100,000 inhabitants.

With regard to overcrowding in prisons, Nicolaou said earlier in the month that there has been significant improvement. He also referred to a study prepared by his ministry on community work as an alternative to prison sentences.

Meanwhile, a proposed bill by the justice ministry will allow for the detention of young offenders aged 16 and over who have been found guilty of committing an offence.

The detention of young offenders in a specially designed area could be ordered by the family court after the adoption of the proposed bill, Nicolaou said on Monday. He also stressed that this would be used as a last resort and only if alternative measures provided for by the law had been tried and failed.

“I do not want it to be linked to a prison. Child imprisonment is forbidden. It is a detention order in a child detention facility. The penalty of detention will be the extreme measure,” said Nicolaou.

The bill is expected to be voted on before May 2019, while authorities are already considering possible locations for the detention area, which will be specifically made for the purpose of detaining eight to 10 teenagers.

Nicolaou clarified that the site would not be located within the Central Prison area in Nicosia but would be close to it. He said that the custody of the children will be the responsibility of professionals specially trained in child delinquency, as well as in the human rights of children.

“Children will be able to do their schoolwork as normal and will spend the night under supervision,” he said.

Nicolaou added that the government is seeking to establish local crime prevention councils with a view to preventing, identifying and addressing the root causes of criminal behaviours, especially those of young offenders.