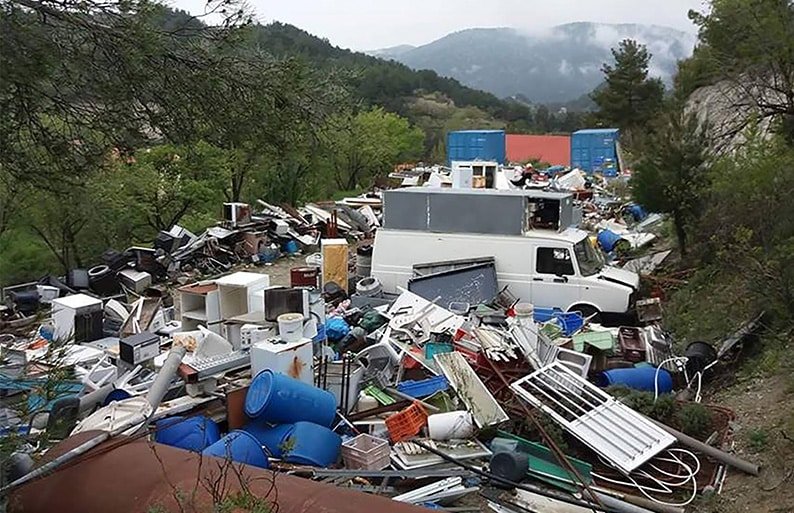 The rubbish dump on privately owned land in Kyperounta

The Green party described the heaps of rubbish dumped in Kyperounta on Wednesday as a ‘ticking time bomb’.

Consisting mostly of scraps of metal items dumped on privately owned land in the forest area of Kyperounta, the Greens-Citizens Cooperation said in a statement that they have been raising the issue since July last year to both the Limassol district officer and to the environmental department, but to no avail.

“Despite our interventions…the issue remains. Local authorities are aware of the issue since interventions from affected residents are continuous,” said party spokesman Alkis Papis.

“Our fear and worry is how the authorities will justify the damage should an unfortunate event such as a fire or a flood following heavy rainfall occur. Who will claim responsibility? The area is surrounded by tall pine trees. The rubbish must be removed without excuses or delay.”

The mayor of Kyperounta Giorgos Panayiotou told SigmaLive that the community has been expressing its concern over the issue to the district administration for a long time, and also said that the owner of the land was offered an alternative space in an industrial area, which he rejected.

He added that due to the land being privately-owned, judicial proceedings are ongoing to resolve the matter. 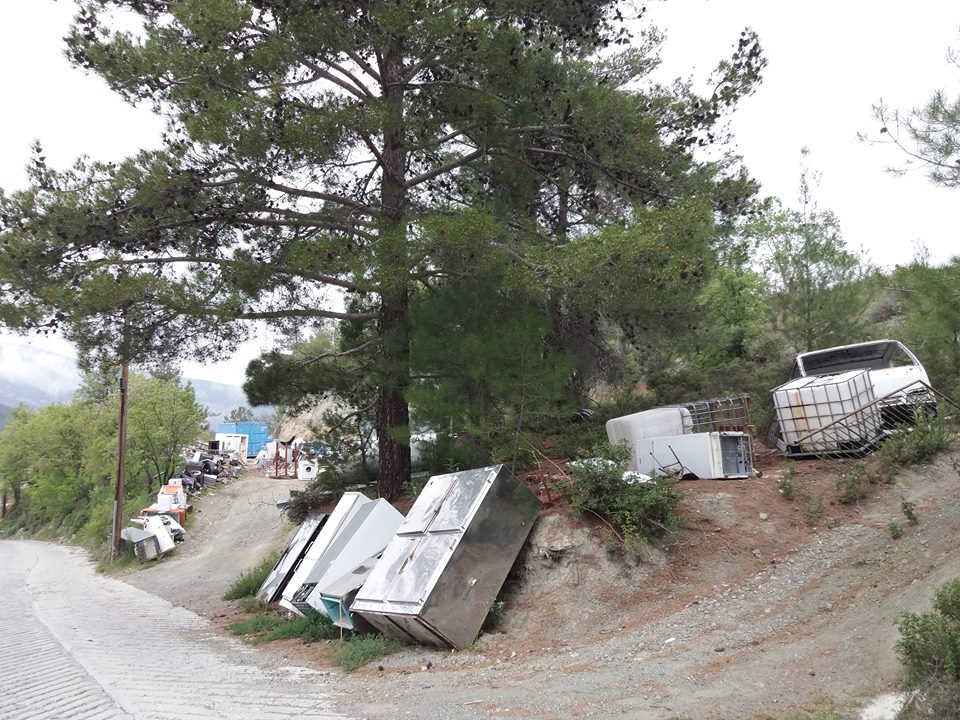