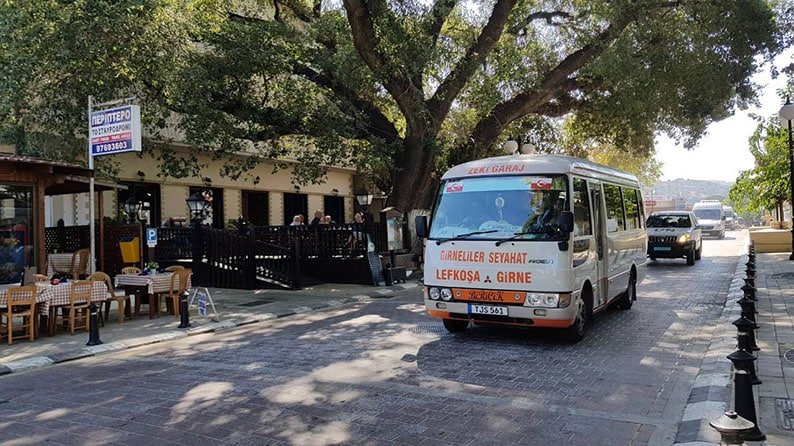 Turkish Cypriot leader Mustafa Akinci on Wednesday called on the Greek Cypriot side to “exercise common sense” and to work with him for a better and brighter future on the island.

Akinci was addressing over 1,100 Turkish Cypriots who crossed in the morning by bus through Limnitis or went by boat to the former Kokkina enclave to mark the 54th anniversary of the bombing of Tylliria by the Turkish air force in 1964.

Over 50 people were killed in total during the three-day standoff, including 19 civilians. The Greek Cypriot victims of the bombing will be commemorated at a memorial this coming Sunday.

Following the outbreak of intercommunal violence in December 1963, Turkish Cypriots had established a bridgehead at Kokkina in 1964, being provided with arms, volunteers and materials from Turkey.

Seeing the incursion as a major threat, the Cypriot government launched an attack leading to the Turkish retaliation. It only ended after an UN-backed ceasefire was called.

In his speech on Wednesday, Akinci lauded “the martyrs” who sacrificed their lives at Kokkina.

“Turkish Cypriots, unlike the Greek Cypriots, have never had aspirations to impose their authority, rule or control over the other community,” he said, calling on the Greek Cypriot side to “to exercise common sense” and to work with him for a better and brighter future on the island.

The root cause of the intractable Cyprus issue, he said, was the desire of the Greek Cypriots to be the sole owners of the island.

“The only thing the Turkish Cypriots wanted and want is to live freely and peacefully on this island without being forced under the domination of the other community,” he added.

Akinci also said there were numerous domestic problems that could be solved in the north, even absent a settlement, but that did not mean the Turkish Cypriot side would not continue to work for a peace deal. Cyprus talks collapsed last summer in Switzerland and the UN chief is to decide in the Autumn whether there is any point launching a new effort.

Akinci also touched on the hydrocarbons issue, repeating that any natural resources discovered off the coast of Cyprus was the property of both sides. He warned that failure to share the resources could ignite new tensions and conflicts in the region.

Earlier in the day a convoy of 61 mini buses carrying 1,131 Turkish Cypriots crossed at the Limnitis checkpoint on the island’s north-west to reach Kokkina. Others travelled by boat from Kyrenia, as was done in the past, before Limnitis was opened, while Akinci was flown in by helicopter.

Company registrations up 11% in July

Two cases of car break-ins being investigated in Paphos