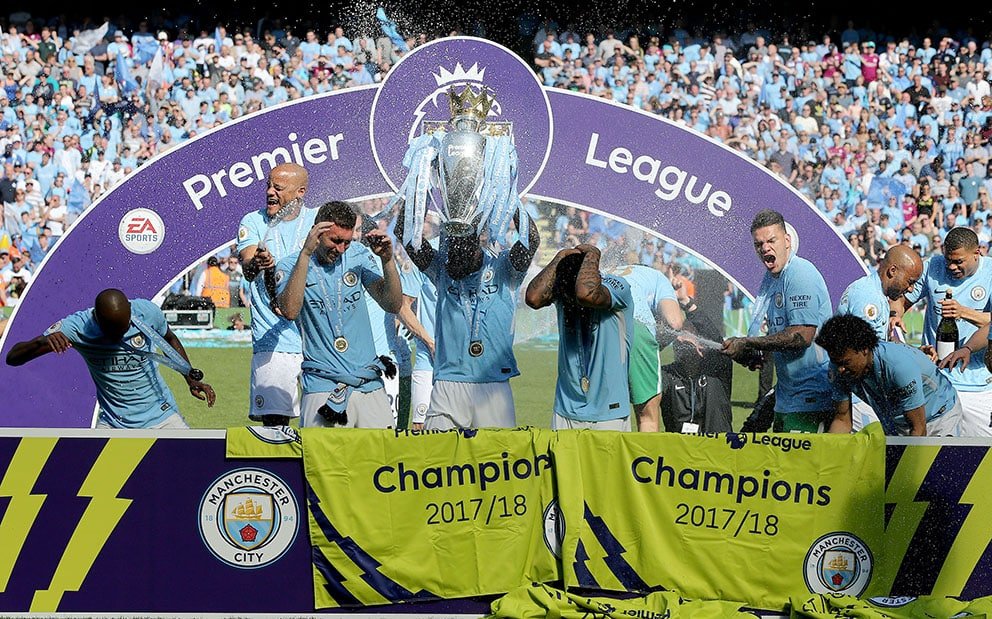 The bar has been raised by Manchester City and the Premier League title hopefuls know they will have little room for error if they are to challenge Pep Guardiola’s side this season.

But while City begin the campaign as firm favourites after their record-breaking title campaign last season, they will be well aware of the threat posed by Juergen Klopp’s improving Liverpool and the rest of the big six.

City have been quiet in the transfer market, adding just Riyad Mahrez from Leicester, but their attacking potency and ability to dominate possession should be even stronger with the addition of the talented Algerian.

Liverpool, however, beat City three times last season — twice in the two-legged Champions League quarter-final, and their moves in the transfer market should make them serious contenders.

Like City, Liverpool’s strength is in the final third and the trio of Mohamed Salah, Roberto Firmino and Sadio Mane, will strike fear into Premier League defences again.

The difference this season is that the Merseysiders have greater strength in depth with Fabinho and Naby Keita added increased options in midfield.

Liverpool’s weakness in the goalkeeper position has been addressed with the purchase of Brazilian Alisson from AS Roma and with Virgil van Dijk having settled in following his move in January, Klopp’s side look a much more complete package.

Jose Mourinho has spent much of the off-season moaning about Manchester United’s squad and the lack of new faces but there is still plenty of talent available to the former Chelsea and Real Madrid boss.

The key question for Mourinho is whether he can finally get the best out of the likes of Alexis Sanchez, Paul Pogba and Romelu Lukaku and find a positive style of play that the Old Trafford faithful demand.

The pressure will be on in Mourinho’s third season at the club — it pains United fans to see their club trailing City and the prospect of being overtaken by Liverpool would be arguably even more painful.

Tottenham have made no moves in the market but crucially they have kept hold of their key players and the attacking combination of Harry Kane, Christian Eriksen and Dele Alli will relish the chance to shine at the club’s new stadium, due to open in September.

Arsenal and Chelsea have changed managers with Spaniard Unai Emery replacing Arsene Wenger at the Emirates and Italian Maurizio Sarri taking over from compatriot Antonio Conte.

While neither side have made major splashes in the market, the new managers will be expected to improve on disappointing campaigns and at the very least be pushing for the top four.

The promoted clubs have been spending big with Fulham and Wolverhampton Wanderers particularly active in the market as they look to solidify their return to the top flight along with Cardiff City.

West Ham United with Chilean Manuel Pellegrini and Everton with Portugal’s Marco Silva have new managers and have spent significant money on new faces as they look to make sure last season’s struggles become top-half progress.

City dominated last season by playing attacking possession-based football featuring a number of tactical innovations and it will be fascinating to see to what extent their rivals seek to emulate the approach of Guardiola.

All the ingredients are there for a thrilling season but it is hard to see any of the mid-table sides pushing into the top six and the main battle for many clubs will, once again, be simply to survive.