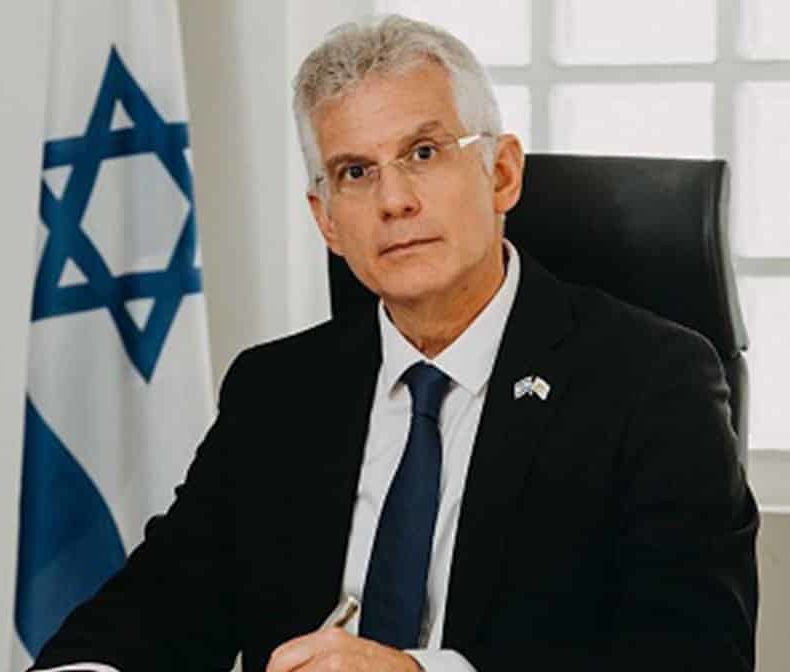 DURING the trilateral summit between Cyprus, Greece and Israel in May 2018, the leaders of the three countries expressed their commitment to further strengthen their partnership. Major efforts are being made to promote stability, security and prosperity in the Middle East and the Eastern Mediterranean.

The Iranian regime systematically undermines and obstructs these efforts. Tehran is engaged in an aggressive campaign throughout the region, attempting to extend its hegemony in Yemen, the Gulf countries, Iraq, Syria and Lebanon. Iran has played a detrimental role in the political strife in Lebanon, by supporting the terrorist organization Hezbollah. It is currently exploiting the situation in Syria in an effort to establish a permanent military presence and extend its foothold up to the Mediterranean.

As Prime Minister Netanyahu stated, following the trilateral summit in Nicosia: “It’s in the interest of everyone to prevent this Iranian aggression. If they reach the Mediterranean, they wish to establish military naval bases in the Mediterranean for Iranian ships and Iranian submarines. This is a palpable threat against all of us”.

For Israel, the necessity to confront the aggression of the Iranian regime is evident, since Tehran repeatedly calls for the destruction of the State of Israel. As recently revealed documents show, Iran continues to pursue its efforts to possess a nuclear arsenal within a few years. In spite of signing the nuclear agreement with the P5+1 in 2015, Iran’s ambitions to develop nuclear weapons have not changed. Tehran continues also to further develop ballistic missiles designed to carry nuclear warheads.

The nuclear intentions and the military build-up of Tehran are coupled by its continued efforts to spread terrorism. The Iranian regime, through the Iranian Revolutionary Guard, supports terrorist organizations in the Middle East and around the globe. Just recently, Iran plotted a major terror attack on European soil. Iran also supports Hamas’s terror acts in the Gaza Strip. In pursuit of their radical ideology, the Iranian leaders threaten the lives of people in many countries, as well as the future of the Iranian people. Iran’s Islamic regime persecutes its political opponents and suppresses political and civil freedoms.

This threat is obviously not only an Israeli concern. It is a major danger for the whole region and beyond. It undermines stability, endangers security and could jeopardize the economic development of the countries in the region. Tehran is fuelling the conflicts in the Middle East, triggering waves of refugees around the Mediterranean.

It is the responsibility of world leaders to stand up against Iran’s aggression. To counter the threat of terrorism. To reject any denial of Israel’s right to exist. To take a clear stance against the efforts of Iran to extend its military presence in Syria and the rest of the Mediterranean. The Iranian nuclear efforts and its ballistic missile program must be stopped.

A firm and resolute stance against the aggression of the Iranian regime is a necessary condition to ensure our common goals of stability, security and prosperity in the Middle East and the Eastern Mediterranean.

Sammy Revel is Ambassador of Israel in Cyprus

Pogba penalty sets United on way to win over Leicester

The battle of Arginusae and the president’s dilemma