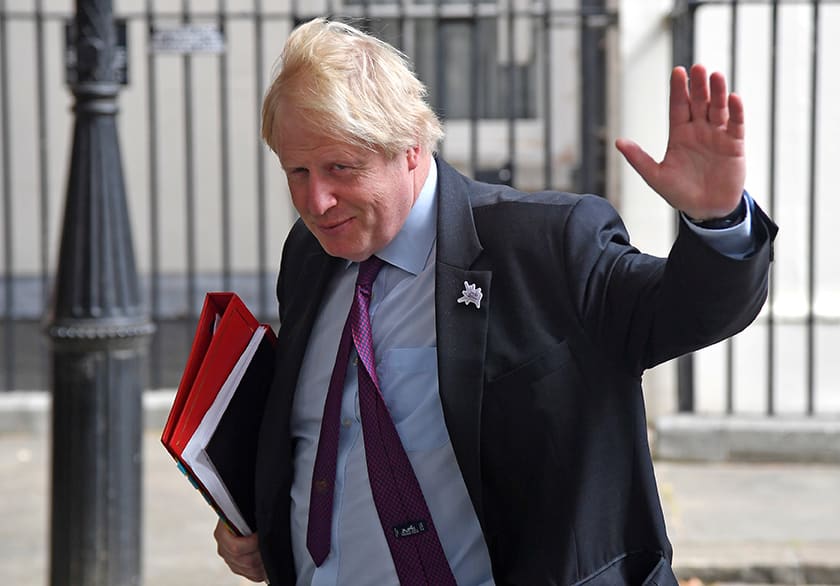 Thanks to the guts and professionalism of the journalist Mihalis Theodorou of Politis we now know that the perpetrators of the murder of ten Turkish Cypriots in 1964 were Greek Cypriot police officers.

Despite obvious lines of inquiry, we also know that the investigation into the murders is going to go on and on like the Cyprus talks without asphyxiating time constraints. Nevertheless, under human rights law, Cyprus has a duty to take all reasonable steps to investigate effectively unlawful killings occurring within its jurisdiction.

It is impossible to overstate the seriousness of murders by policemen of innocent citizens for no reason other than their ethnicity. It ranks at the top of what Churchill once called ‘the lamentable catalogue of human crime’. I am sure this cuts both ways and that there were murders of Greek Cypriots by the Turkish Cypriot side, but no one can possibly feel patriotic or proprietorial about cold-blooded murderers.

In 1964 President Makarios was quoted as saying that if ‘Turkey intervened to save the Turkish Cypriots she would not find any Turkish Cypriots to save,’ ignoring the fact that they were Cypriot citizens entitled to the protection of the Cypriot state. Yet in 1974 Makarios called for military intervention to help reverse the coup that ousted him from power.

Turkey intervened whereupon the threat Makarios made in 1964 was activated by the putschists and the Turkish Cypriot community was attacked by the Cypriot state and driven to seek refuge in northern Cyprus in symmetry with the movement of Greek Cypriots driven to flee to southern Cyprus under attack from Turkey and in fear of their lives.

That is the factual matrix of the Cyprus problem. Despite the fear that gripped Cyprus in 1974 and caused it to be divided, President Anastasiades insists that zero protection is required apart from that normally expected of the state. That was then and this is now he contends; Cyprus is a modern European state and a member of the EU; a civilised group of nations that in and of itself is ample protection – a bit of a non sequitur but that is his claim.

The European Court of Human Rights has said repeatedly that the duty to investigate is a mandatory procedural requirement of the right to life. It is a requirement of means not of outcome provided the families of the victims are kept informed at every stage to help take the bitterness out of the equation and bring about closure.

At the conclusion of such a wide-ranging investigation, it would be possible to get some idea of the nature of the precautions required. An evidence-based analysis of the unlawful killings that took place and the patterns of behaviour they show can then be analysed to see if there is still a danger of pattern-repeat.

Now an adapted version of the article I originally had in mind before I read Mihalis Theodorou’s piece.

The fourth estate of which Mihalis Theodorou is such a shining example is under attack across the world: the dangers faced by journalists are a worrying phenomenon.

It was the parliamentarian Edmund Burke who coined the phrase fourth estate to describe the press when they were first allowed into the press gallery in the House of Commons in the 18th century. He did so mockingly, but since then the press has acquired the status of an informal arm of government: semi-detached, adversarial and symbiotic, it is as vital to democracy as the separation of powers between the executive, the legislature and the judiciary.

US President Donald Trump fakes the news and then shouts fake news at the press. He sets a bad example to his acolytes at home and abroad. When Trump insults and mocks journalists his antics are dangerous to the institutions and values of the free world.

He has acquired idol status among the ‘fruitcakes loonies and closet racists’ who have been emboldened by his election. We have a bigot as leader of the free world who has made bigotry fashionable and poses an egregious threat to the fourth estate.

How this nightmare president managed to arrogate to himself the leadership of the free world is perplexing although I have a theory for the Trump phenomenon.

It all began with the election of Barack Obama for a second term in 2012. There was panic in circles that included the Tea Party and the Ku Klux Klan that the demography of the US had shifted and that Hispanics and blacks would soon form the majority population.

So along comes Donald Trump with a mandate to reverse the effects of black-Hispanic demography. Hence his obsession with immigration control and repatriation and hence the slogan to make ‘America great again’ – an undisguised euphemism for reasserting white supremacy and nip the new demography in the bud.

In line with the old adage that when America sneezes Europe catches a cold, Trump’s supremacist politics have now reverberated across the Atlantic to Europe. Supremacist ideology did not die with the defeat of the Nazis. It metamorphosed into fringe right-wing groups that remained dormant until they found a new scapegoat in the Muslim population – Europe’s new Jews. Add to this the hijack of Islam by extreme terrorists and you have the equivalent of a perfect storm.

The populist governments in Poland, Hungary, Austria and Italy; the Alternative fur Deutschland party in Germany, the English Defence League and Marine Le Pen’s Front National and their fellow travellers across Europe are all of a piece with the Nazi and fascist movements of the 1930s. They are all unreconstructed anti-Semite racists.

A free and fearless press to expose such toxic trends and warn of the dangers of a repeat of Europe’s recent appalling history needs to be nourished and cherished, and journalists like Mihalis Theodorou and his colleague Costas Constantinou should be praised and put on a pedestal. The fourth estate exists to investigate and ask questions and demand answers and speak truth to power not kowtow to it.

The price we pay for a free press is Boris Johnson. It is a small price. He is free to mock Muslim women in burkas but I am also free to say that he protests too much about Muslims; that his paternal great-grandfather was a Muslim, one Ali Kemal, a cabinet minister in the government of the last Caliphate in Ottoman Turkey, and that his ridicule of Muslim women reminded me of when Trump ridiculed the disabled – cheap, very cheap.

Our View: Teachers have declared war. The government must win