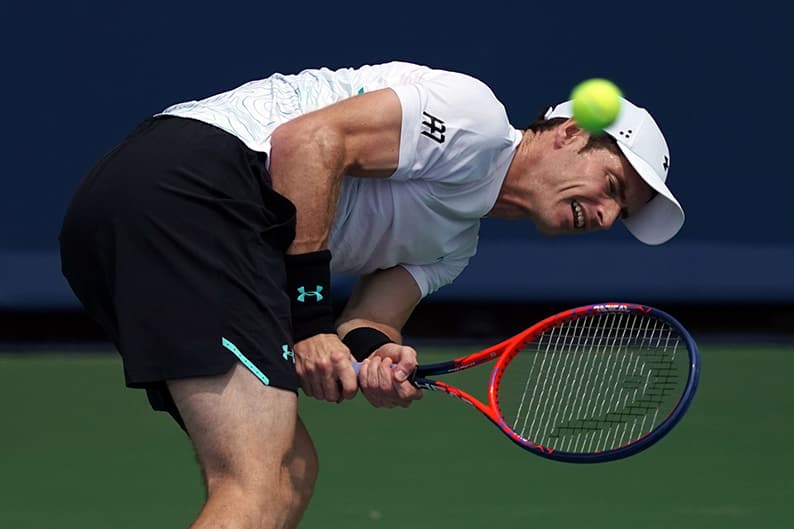 ANDY Murray’s comeback following hip surgery hit another roadblock on Monday after he was beaten 6-1 1-6 6-4 by France’s Lucas Pouille in the first round of the Cincinnati Open.

The Scot went under the knife in January but has had a frustrating time since he came back to the ATP circuit in June.

The former world number one had hoped to build on the momentum that had carried him into the quarter-finals of the Citi Open before he pulled out of the Washington tournament citing fatigue.

But it was world number 17 Pouille who proved to be the more resourceful as he claimed his first win in five tries against Murray.

Murray, whose ranking plummeted into the 800s last month but has now risen to 375, has fallen at the first hurdle in two of the four tournaments he has contested this year.

“I only lost four more points in the match than him,” said Murray, who won 82 points to Pouille’s 86.

Pouille said he was pleased with how he fought against the former world number one.

“I’m very happy, especially with the way I fought until the end,” he said.

“I tried to do my best in the third set and then until the end I played very aggressive and I’m very pleased with that.”

The win was the first time Querrey has come out on top in a third set tiebreaker this year after losing seven in a row.

“I’ve lost a handful of tough matches this year but I feel like I’m starting to play better now, a little more consistent,” the 30-year-old Californian said.

“Hopefully I can end the year on a strong note. Usually I feel like I play my better tennis at the beginning of the year so I’m going to try to flip it and play better at the end this year.”

The 31-year-old Serb is searching for his first Cincinnati Masters title after five finals.

The tournament lost its top seed when world number one Rafael Nadal withdrew after winning the Rogers Cup on Sunday.

Yildirim to visit the north on Wednesday

Powerful windstorm in China blows away woman on overpass [V]