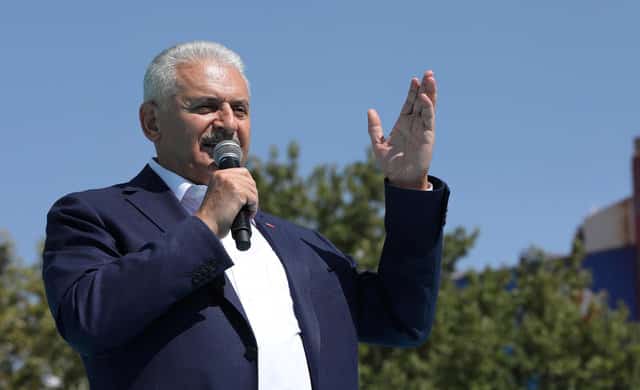 Turkish Assembly speaker and former prime minister Binali Yildirim is due in the north on Wednesday, media in the north reported.

It will be Yildirim’s first visit abroad since he started his new duties.

Yildirim will arrive around 10am and he will hold meetings with the Turkish Cypriot leader Mustafa Akinci and others.

He is expected to leave the north late in the afternoon.

Meanwhile, Turkish Foreign Minister Mevlut Cavusoglu was quoted as saying on Tuesday that a new process was needed for Cyprus in order for a settlement to be reached.

He made these statements at a conference for Turkish ambassadors in Ankara.

Cavusoglu also referred to Turkey’s relations with Greece claiming that Turkey was always close to Greece in difficult times; “however they only increase tension in the Aegean and in the Mediterranean,” he said.