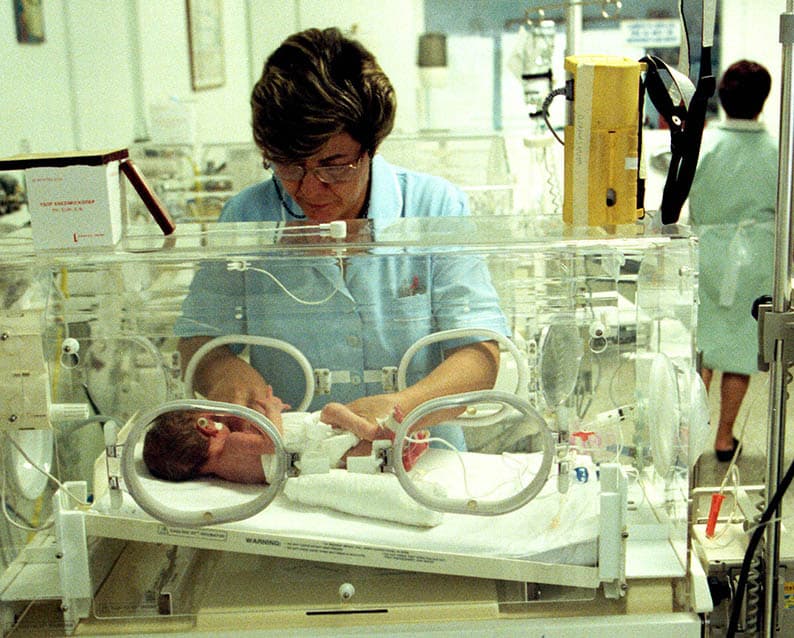 PARENTS will be able to choose their paediatricians and specialists without limitations under the planned national health scheme, or Gesy, the health insurance organisation (Oay) said Thursday, calming fears after a short-lived spat between the health ministry and the island’s paediatrician’s society.

On Tuesday, the society had claimed that under Gesy, which will come into force in two phases starting June next year, children would only be able to see one doctor for all problems.

“You will no longer have the right to directly visit a different specialist such as a cardiologist, dermatologist, surgeon, ophthalmologist, orthopaedic, ENT, etc. Without his referral, no other specialty would see you.”

Responding to the concerns raised by the paediatricians, health minister Constantinos Ioannou said the biggest reform in the health sector could not be reversed.

He said it was regretful to see certain paediatricians trying to undermine the reforms using lies, misinformation and inaccuracies in a bid to create a “climate of panic” among the public.

The minister questioned why the society would criticise Gesy with such rage, taking advantage of the concerns of patients, let alone the vulnerable group of the children, “carefully omitting to mention what was really said and the clarifications given.”

The Oay added that families will not have to find another paediatrician for another child they may have, should the doctor’s list be full, allowing a family to use the same doctor.

The Oay also said that it rejected the paediatricians’ position that general practitioners (GPs) will not receive decent salaries.  According to population data, Oay said there will be 875 children per paediatrician and 1,300 adult patients per GP.

“The proposed Gesy is the result of studies by international specialists in the health sector,” Oay said.

Modern and result-orientated practices used in other countries have been adopted in the proposed Gesy, the organisation added.

Some of the practices adopted include the institutionalisation of the GP (a practice from countries including France, Denmark, Estonia, the UK and the Netherlands), on-call health centres (the Netherlands), and universal replacements (Belgium, Spain, Italy, the Netherlands and Sweden), the Oay said.

Responding to the health minister’s criticism, the paediatricians toned down their argument, saying on Thursday: “We never sought public confrontation, despite the provocative and inaccurate things mentioned in the announcement against our company.”

The society insisted that it is their right to express their concerns as outlined in the state’s constitution, and that “at this time, we want to express our concern that there could be a potential reduction in healthcare quality that would result from the plan that has been passed.”

According to the paediatricians’ announcement, the Gesy is unclear in some areas and that “some of our suggestions, as a scientific society, have not been taken into account.”

“The public expression of a genuine concern about the functionality, sustainability and adequacy of a plan that concerns the health of our citizens, especially our children, cannot be considered a danger or as undermining the reform effort.”

The society said that it rejected the attempt to depreciate their previous statement, by saying it served selfish interests, and it contained inaccuracies and lies.

“The public expects us to remain the doctors they know and trust,” the society said.

The Gesy is expected to start outpatient care in less than a year, the head of the Oay Thomas Antoniou said in June.

“We are just 340 days before the implementation of the Gesy,” Antoniou said, adding that its implementation will ensure everyone’s right to healthcare access, without discrimination or restrictions, based on the principles of social solidarity, equality of access and the right of choice.

The public, he said, will have access to healthcare based on its needs and not its financial capabilities, and will not risk falling into economic hardship.

Discussion in parliament of regulations for the secondary legislation for phase one of the Gesy that concern co-payments, personal physicians and specialists, pharmacists, pharmaceuticals, labs and beneficiaries, is expected to begin in September following consultations with stakeholders.

In October, an information campaign on the Gesy is expected to be launched.

By the beginning of next year, all committees provided by law will be set up, such as the advisory committees on pharmaceuticals, on the compensation for medicines and the audit committee. The Supervisory Commissioner will be appointed by March 1, 2019.

In March 2019, contributions for the Gesy will be collected by the social insurance services, the tax department and the state treasury.

Phase One of the Gesy will kick in on June 1 of the same year. This concerns outpatient care provided by personal physicians, specialists, pharmacies and labs.

Apoel back on track with Europa League hopes