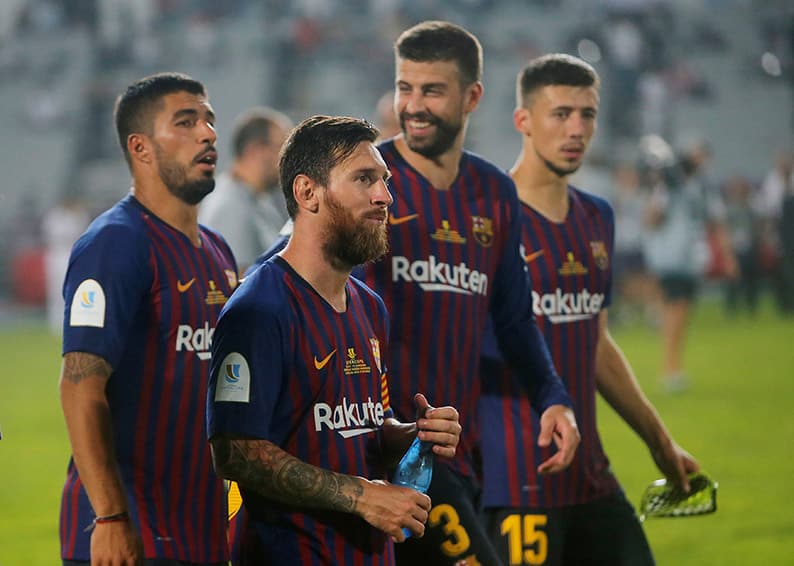 La Liga’s organising body announced on Thursday that it plans to hold regular season Spanish top flight games in the United States in the future.

“As part of the agreement, LaLiga plans to bring a regular season club match to the United States, the first to be played outside of Europe.”

La Liga did not give any details on when the first game across the Atlantic was set to take place and did not immediately respond to a request for information from Reuters.

Spain’s biggest clubs Real Madrid and Barcelona recently returned from pre-season tours in the United States. They played against top European sides such as AC Milan, AS Roma, Tottenham Hotspur and Manchester United in the International Champions Cup, a tournament organised by Relevent.

In July 2017, the two sides played each other in a friendly ‘Clasico’, selling out Miami’s Hard Rock stadium.

La Liga president Javier Tebas has spoken on many occasions about his desire to play regular season games outside of Spain and mimic the NFL’s highly successful policy of playing official games in London since 2007.

“We’re devoted to growing the passion for football around the world. This ground-breaking agreement is certain to give a major impulse to the popularity of the beautiful game in the US and Canada,” Tebas said.

“Relevent has filled stadiums across the US with the International Champions Cup, we’re thrilled to partner with them on a joint mission to grow football in North America.”

Earlier this month, the Spanish Super Cup, Spain’s annual curtain raiser between the league and Copa del Rey winners, was moved outside of the country for the first time, with Barcelona beating Sevilla 2-1 in Tangier, Morocco.