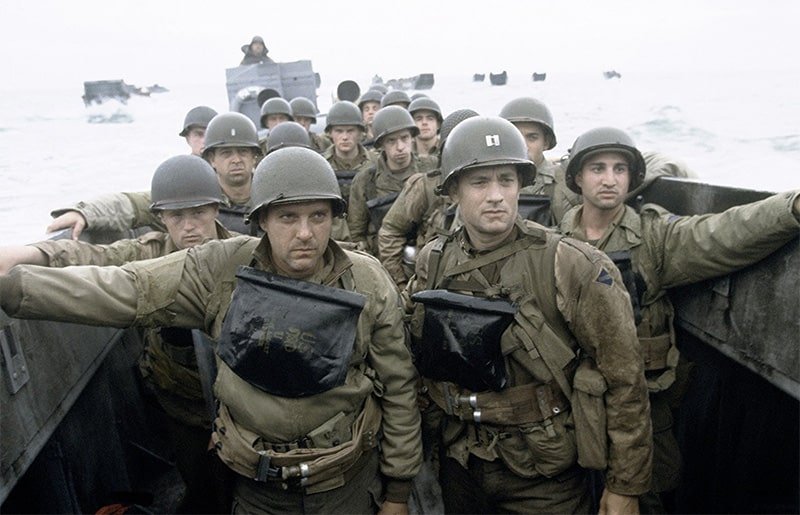 With cinemas still laying low, here’s another instalment of ‘Through the Decades’, our summer feature going back through film history a decade at a time.

20 years ago, the big news in art-film circles was ‘Dogme 95’, a manifesto by Danish directors Lars Von Trier and Thomas Vinterberg calling for a new austerity: films with no music, no props, made with available light and a handheld camera. Films of the year in 1998 included The Idiots and The Celebration, both made under the rules of this short-lived movement – but the real attraction of ‘Dogme 95’ was the way it tapped into a sense that things were changing, the rising force of digital video promising a future where anyone could make a film with minimal resources.

20 years later, that future is here – yet the world is ruled by blockbusters like Armageddon, an affable 1998 hit that became a byword for mindless entertainment. This was the year of duelling end-of-the-world movies (Deep Impact was the other one), reflecting a nameless – and, it turned out, baseless – dread of Y2K, the upcoming new millennium. Shakespeare in Love won the Oscar, a tribute to the marketing skills of now-disgraced Harvey Weinstein. But the year’s most prescient film was perhaps The Truman Show, with Jim Carrey’s life turning out to be a TV show, anticipating the unstoppable rise of TV reality series; the first Big Brother launched in September 1999.

Those who read last week’s rundown of 2008 may experience a sense of déjà vu: another French drama by the same director (the great Olivier Assayas) heads our list of the year’s 10 best films. Here it is anyway, along with 15 other films that marked the year:

1. LATE AUGUST, EARLY SEPTEMBER. Stages of life, ‘late August, early September’ being the end of summer – the end of youth, the first breath of autumn. A fragmented, exhilarating tale of mid-30-somethings, too self-aware to be heavy. A modest masterpiece.

2. THE THIN RED LINE. The year of WWII epics! Terrence Malick’s symphonic mood-piece has the edge when it comes to poetry, being less about the conflict at Guadalcanal than the war’s intrusion in a pastoral idyll: “What is this war in the heart of Nature?”. Terrific war action nonetheless, with an emphasis on the muddle and randomness of battle.

3. SAVING PRIVATE RYAN. Spielberg is Spielberg, at the end of the day, wresting sentimental closure from the jaws of darkness – but this WWII classic is surprisingly nuanced, asking if moral purpose can really be ascribed to senseless killing. The graphic D-Day sequence stunned the world, but the middle section – soldiers on the move, not really knowing what comes next – may be even better.

4. AUTUMN TALE. Two female friends dabble in matchmaking and winemaking in Eric Rohmer’s wispily unforced, quietly assured tale of middle-aged mess. “Take it as a lark,” suggests our heroine, “it’ll work better that way”. Actually, it works fine the way it is.

5. SHOW ME LOVE. Is it wrong to prefer the English title to the edgy original Swedish title (F**king Amal, without the asterisks)? No – because this teenpic is sweet and beguiling, blending its gay-teen angle with delightful small-town detail. Also: best use of Foreigner’s ‘I Want to Know What Love Is’ ever.

6. THE CELEBRATION. The ‘Dogme 95’ movies haven’t aged very well – but this one still packs a punch, its shocking plot (family secrets coming out during Dad’s birthday banquet) matching its revolutionary technique. Also darkly funny, which helps.

7. THE BIG LEBOWSKI. “The Dude abides.” “It really tied the room together.” “This aggression will not stand, man.” Biggest cult comedy of all time? Probably – so I guess it doesn’t matter that only the first half is any good. “Yeah well, you know, that’s just, like, your opinion, man.”

8. THE POWER OF KANGWON PROVINCE. Korean director Hong Sang-soo is still a power – making much the same mordant, allusive comedy-dramas – 20 years later. This is one of his earliest and best, a tale of missed connections and unfulfilled (often sexual) opportunities. Droller than it sounds.

9. HAPPINESS. Move over Humbert Humbert, there’s a new (only slightly) sympathetic paedophile in town! Todd Solondz aims to shock, though this angst-ridden, pitch-black comedy – a tale of three troubled sisters – does find something heartfelt behind the twisted jokes and misanthropic detail.

10. RUN LOLA RUN. Flame-haired, iconic Lola runs – and runs, and runs – backed by a thumping 90s club beat, trying to save her beloved Manni, packing three plot-lines (and glimpses from the lives of random strangers) into a slick 80 minutes. A youthful, exuberant movie, and a perfect way to close out this list.