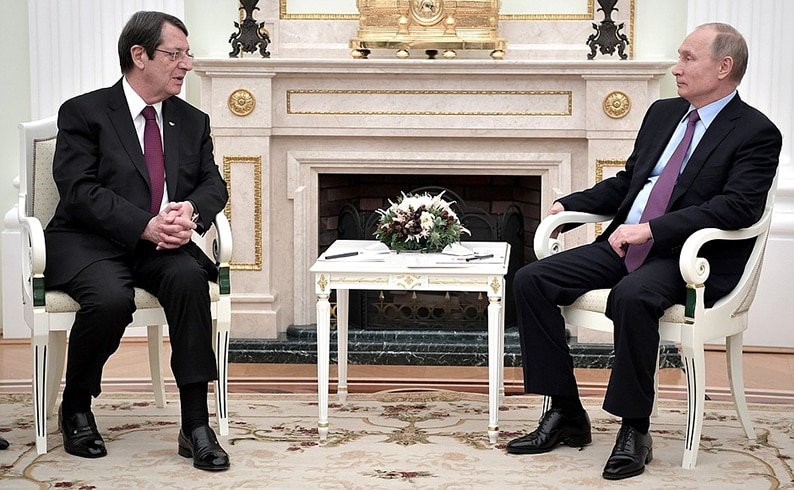 Cyprus has been described as a Kremlin collaborator in a report compiled by the European Values think tank whose aim is to expose and confront instruments of Russian influence and disinformation operations.

Cyprus, along with Greece, ranked in Group E, or ‘Kremlin collaborators’, over their perceived failure to politically acknowledge the threat and launch counter actions, showing “no meaningful resistance to Russia’s subversive activities.”

Cyprus is considered a Kremlin-friendly country, does not feel threatened and is advocating better relations with Russia.

Cyprus, according to the think tank, belongs to a group of countries, which do not perceive any threat coming from Russia and keep a close relationship with the regime.

It suggests that the reasons behind this could be that Russia supported the integrity of the island since the Soviet era, which makes Moscow a key foreign partner of Nicosia.

But according to the report, there is a continuing Russian intelligence’s activity on the island and “the Cypriot side fears that Moscow is using social and mass media and its ties to fringe nationalist parties and the Greek Orthodox Church to undermine the settlement talks.”

A similar issue recently emerged in Greece in July.

Greece said in July it had expelled two Russian diplomats and barred two other people from entering the country for trying to bribe officials and foment demonstrations to thwart a deal to allow Macedonia to join NATO.

Russia flatly denied the allegations but it said would retaliate in kind.

In Cyprus meanwhile, there has been no official indication of acknowledgement of Russian influence operations and disinformation campaigns in any policy document.

“However, there have been voices expressing concerns about Russian meddling into the peace settlement between the parts of the island. Still, the bilateral relations with Russia stay on a high level, even regardless of the events in Ukraine.”

Seventeen MEPs signed a letter for President Nicos Anastasiades claiming Cyprus was “neglecting its duties under the European directives to combat money laundering.”

Hip-Hop festival as summer starts to wind down