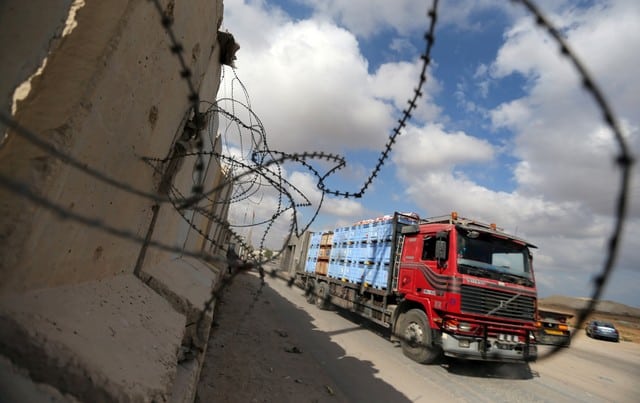 Egypt is finalising details of a long-term truce deal between Israel and Hamas in the Gaza Strip, an Egyptian security source said on Thursday, amid easing tensions on the border of the enclave where some two million Palestinians live.

Cairo has brokered an interim truce that has allowed commercial goods into Gaza ahead of the Muslim Eid al-Adha feast which starts next week.

“We are putting the final touches to the terms of the truce that will be signed by all sides, and we expect to announce the terms next week if Fatah helps us to do so,” the source said, referring to Palestinian President Mahmoud Abbas’ mainstream party which dominates the occupied West Bank.

Officials from Fatah have not joined those of Hamas, which runs the Gaza Strip, and other Palestinian factions for the talks in Cairo on the long-term truce.

But Fatah’s backing is crucial for any deal as the party retains a large presence in the Hamas-controlled Gaza Strip and has overall control in areas under Abbas’ Palestinian Authority in the occupied West Bank.

“The period of calm will be for one year, during which contacts will be held to extend it for another four years,” the source told Reuters, speaking on condition of anonymity.

A long-term truce could pave the way for talks on other issues, including the easing of a blockade that has crippled Gaza’s economy and allowing a possible swap of Palestinian prisoners in exchange for the bodies of two Israeli soldiers.

The source said Egyptian intelligence chief, Abbas Kamel, was expected to meet Abbas in Ramallah after similar talks in Israel, and a deal could be announced by next week. An Israeli official, speaking on condition of anonymity, confirmed Kamel had met with Netanyahu in Israel this week, but gave no details.

A Palestinian source in Ramallah said Kamel has left without seeing Abbas, who had been preoccupied with a Palestinian leadership conference. But the source said Abbas had informed Egypt that Fatah representatives would join the Cairo talks later this week or next week.

Apart from the opening of its Kerem Shalom commercial crossing into Gaza, Israel also expanded the enclave’s fishing zone, in waters under Israeli naval blockade, from three to nine nautical miles off the southern coast and to six nautical miles in the north, according to the head of Gaza’s fishermen’s union.

The Egyptian security source said the extended truce would also include opening a sea lane from Gaza to Cyprus under Israeli supervision.

A Palestinian official in Gaza familiar with the talks said Palestinian factions were demanding a “total lifting of the blockade on Gaza, opening all crossings with Israel and Egypt and a water corridor”.

Israel says its blockade is a self-defence measure against Hamas, a group that has called for its destruction.

Israel’s security cabinet, a forum of senior ministers headed by Prime Minister Benjamin Netanyahu, discussed the Gaza situation on Wednesday and an Israeli “diplomatic official” said Hamas would have to prove its commitment to the truce.

As well as wanting calm along the border, Israel has said Hamas must return the remains of two soldiers killed in the 2014 Gaza war and release two civilians whose fate is unknown. It says they are being held by Hamas in Gaza.

“That’s the only way,” Israeli Regional Cooperation Minister Tzachi Hanegbi, a member of Netanyahu’s security cabinet, said on Thursday when asked if a broad arrangement depended on the return of the soldiers’ bodies.

“Nothing will be done to enable (Gaza’s) significant rehabilitation and the improvement of infrastructure and ports and other such fantasies, unless they release the bodies and the two Israeli captives,” he told Israel radio.

However, the Palestinian official denied any talks were taking place on a swap, saying Hamas opposed mixing the issues.

Egypt has brokered a Palestinian reconciliation agreement that provides for Hamas to cede control of Gaza to Abbas’ Palestinian Authority. A dispute over power-sharing has hindered implementation of the deal, but the Egyptian source said Cairo was still seeking progress on the issue.

China military ‘likely training for strikes’ on US targets