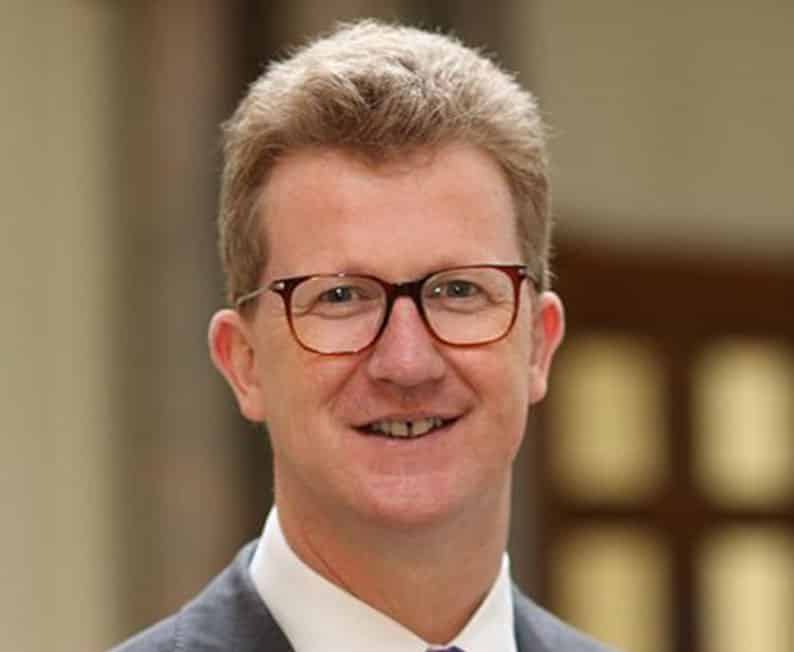 There is no plan B for Cyprus, British High Commissioner Stephen Lillie said, urging Greek and Turkish Cypriots to resume reunification talks as soon as possible, as conditions were becoming more difficult with the passage of time.

In an interview with the Cyprus News Agency, Lillie said “division would be plan B and there isn`t a plan B,” and that “it is important that everybody involved seizes the opportunity now before the momentum from Crans Montana is lost forever.”

The British high commissioner said the current status quo was not an option: “unofficial division like we have now is not sustainable”.

He went on to say that “the status quo in Cyprus is not static. As the northern part of Cyprus becomes more reliant on Turkey and as Turkish influence grows there, it becomes more difficult to reunify Cyprus. That’s I think something that all Cypriots need to reflect on,” he added.

“If you think it is difficult to resolve the Cyprus issue 44 years after the invasion, it will be even more difficult if you wait longer and longer. The longer you wait the less favourable the conditions will be.”

Lillie said the economic woes experienced by the Turkish Cypriot community at the moment highlighted its dependence on Turkey, which grew and was set to grow further over time worsening prospects for reunification.

“It shows how interdependent the Turkish Cypriot and Turkish economies now are, and that is something that has happened over a period of years, and in the future, this interdependence will continue and grow unless there is a settlement to the Cyprus problem.  But often people talk as if there is no urgency to resolve the Cyprus problem,” the high commissioner noted.

He expressed the conviction that a solution would be a win-win situation for both communities because reunification would multiply the opportunities across the island, it would obviously allow the whole island to be part of the EU, with an integrated economy, and to play a much bigger role in the region.

The British diplomat said the Cyprus problem was full of thorny issues, security and guarantees clearly a very important one for both communities.

“Both Cypriot communities have their own respective views on what security means for them and there needs to be a lot of work done to bridge the gap between the two parties on security.”

Lillie reiterated Britain’s stance on the matter, being one of Cyprus’ three guarantor powers along with Greece and Turkey.

“We have said that we are amenable to a solution around guarantees that is acceptable to all the parties, and that hasn’t changed.”

On security more generally, Lillie said, a solution on security for one party cannot be at the expense of the security of the other, so everyone had to work together to help reach a good solution that will leave both Cypriot communities feeling safe and secure in a reunited Cyprus.