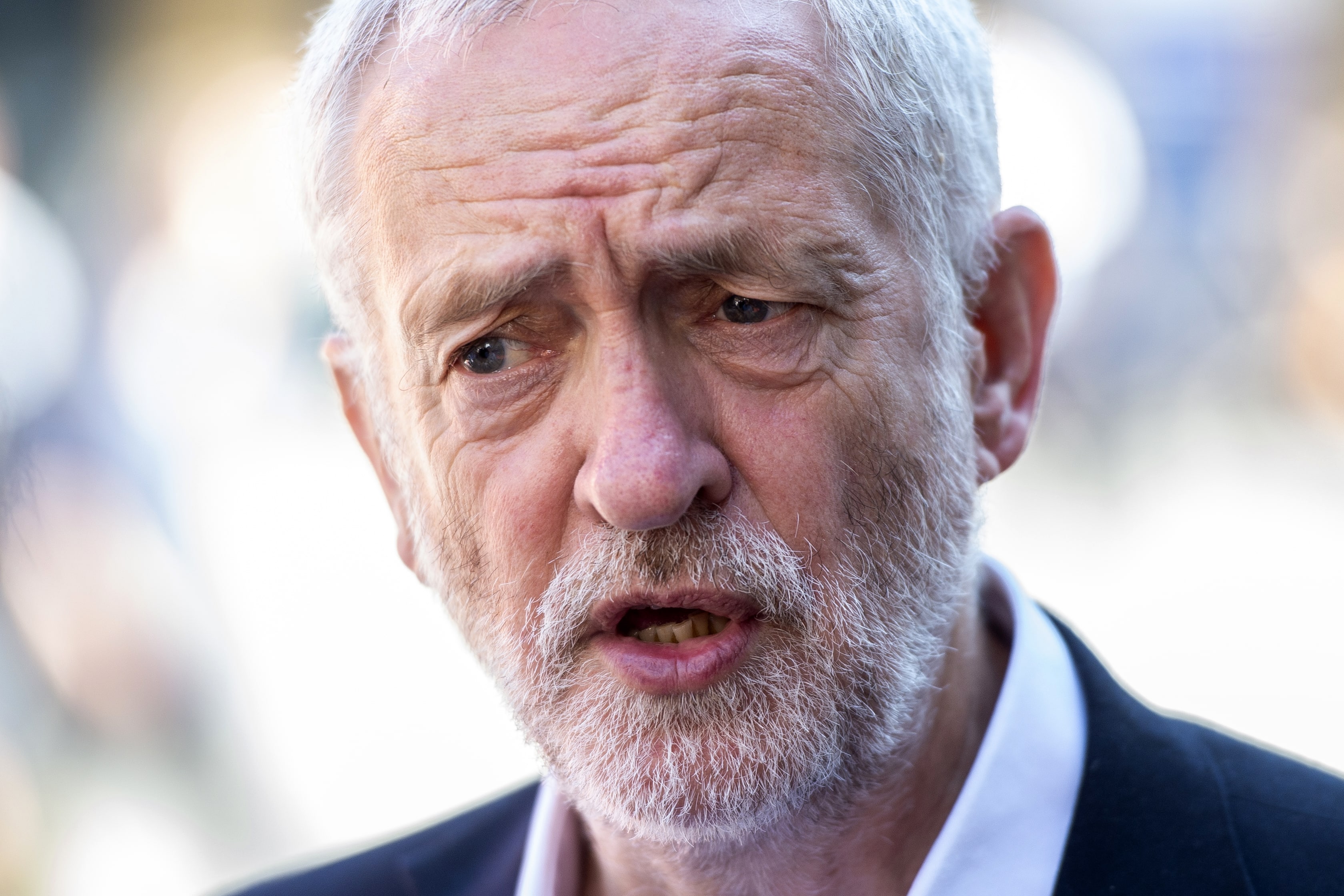 It sounds like a tempest in a teapot, but it could bring down Jeremy Corbyn, the leader of Britain’s Labour Party – and that could end up meaning that Britain doesn’t leave the European Union after all.

It started last Saturday with a photograph in the Daily Mail (a newspaper that regards Corbyn as the Devil’s second cousin) of the Labour leader laying a wreath in a cemetery in Tunisia four years ago. He had laid it, said the Mail, at a memorial to the Palestinian terrorists who planned the attack that killed eleven Israeli athletes at the 1972 Olympics in Munich.

It was a calculated attempt to paint Corbyn as anti-Semitic, and the mud stuck. The Mail also published a 2013 video in which Corbyn said that Palestinians were experiencing “conditions in the West Bank, under occupation, of the very sort that will be recognisable by many people in Europe who suffered occupation during the Second World War”. That’s perilously close to comparing Israel to Nazi Germany.

Israel’s Prime Minister Benjamin Netanyahu, who never misses a chance to portray Europe as a cauldron of anti-Semitism, immediately tweeted: “The laying of a wreath by Jeremy Corbyn on the graves of the terrorists who perpetrated the Munich massacre…deserves unequivocal condemnation from everybody – left, right, and everything in between.”

Corbyn replied at once on his own Twitter feed: “What deserves unequivocal condemnation is the killing of over 160 Palestinian protesters in Gaza by Israeli forces since March, including dozens of children.” Fair comment, perhaps, but that is not what a prudent British politician would choose to say when the Israeli prime minister has just accused him of anti-Semitism. Twitter makes everybody stupid.

Jeremy Corbyn is not anti-Semitic, but he certainly could be described as anti-Zionist. It’s not an uncommon position among British politicians who joined the Labour Party in the 1960s and 70s: admiration for Israel and close ties with the sister Labour Party that then dominated Israeli politics, mixed with a keen awareness that the triumph of Israel had been built on a Palestinian tragedy.

Corbyn is also on the hard left of his party, which means that he has never met an anti-imperial, anti-colonial, or anti-capitalist cause that he did not like. That’s how he found himself attending the ‘International Conference on Monitoring the Palestinian Political and Legal Situation in the Light of Israeli Aggression’ in Tunisia four years ago. And once there, he naturally went along when they all laid a wreath in the cemetery.

The conference was officially linked to the devastating Israeli air strike on Tunis in 1985, which killed 80 senior officials of the Palestine Liberation Organisation, members of their families, and Tunisian civilians. Corbyn doesn’t speak either French or Arabic, the two dominant languages in Tunisia, and he presumably thought that’s what the wreath-laying was about. So he took part in it.

In fact, the wreath was laid in memory of a different bunch of Palestinians, members of the Black September group, who had helped to plan the Munich outrage and were later assassinated by Israeli intelligence agents. Did Corbyn just get confused, or did the Tunisians deliberately mislead him? Who knows? Who cares?

What Corbyn should have done when the Daily Mail broke that story was to admit all, plead ignorance, and make a grovelling apology. It would have been humiliating, but he would certainly have survived to fight again.

He didn’t do that. He is a very stubborn man, and he combined a lame semi-admission of his mistake  – “I was present at that wreath-laying. I don’t think I was actually involved in it” – with further criticisms of current Israeli policy. And thereby he turned a little personal problem into a crisis for the Labour Party.

Labour has been tearing itself apart recently over differences about where to draw the line between legitimate criticism of Israeli policy and anti-Semitism. It is certainly not institutionally anti-Semitic – Corbyn’s predecessor as party leader, Ed Miliband, was Jewish – but it has already alienated a lot of its Jewish supporters.  Corbyn’s blunder may be the straw that breaks the camel’s back.

Corbyn has never had the support of most Labour members of parliament. It is becoming plausible (though no more than that) to think that he might lose the leadership – especially as it is becoming clear that he’s the main reason Labour doesn’t enjoy a big lead in the opinion polls over the chaotic Conservative government led by Theresa May.

Which brings us to Brexit. The current stalemate in British politics, which has paralysed negotiations for a sensible post-Brexit relationship between the United Kingdom and the European Union, risks ending next March in a disaster in which the UK crashes out of the EU with no deal at all.

The stalemate is mostly due to the fact that both major parties in the UK are profoundly divided between pro- and anti-Brexit factions, but both parties have pro-Brexit leaders. Recent opinion polls show a small but growing majority of voters would vote ‘Remain’ in a second referendum, but neither party will back such a referendum under the current leadership.

If Labour had a different leader, all that could change – and Corbyn is in deep trouble.